DOXA:  You’ve got the weekend left and here are some choice documentaries you can still catch at this year’s festival. I didn’t get to see Seed, which takes up the questions once again about Monsanto and other companies  or League of Exotique Dancers in which veterans of the old burlesque shows recall both the joys and the seedy underside of the industry. The film, which has been praised by most everyone who’s seen it, comes back next week, to the Rio Theatre.

These I have seen …

A GOOD AMERICAN: This could be the most stunning film in the festival for what it reveals about missed opportunities, bureaucracy, cronyism and waste of money at the National Security Agency in the United States. The NSA could have prevented 9-11. That’s the key assertion by William Binney, a former technical director there and now a whistleblower. He demonstrated there were warning signs in the agency’s data base but the very expensive “key word” system NSA favored couldn’t pick them up. His group was working on a better system:  collecting meta data that looked for connections; who was phoning who, not what they were saying. But NSA shut them down and brought in the mass surveillance that’s been in the news so much, minus Binney’s privacy safeguards. There’s much more: ill-deserved promotions within the agency and legal attacks without. This bracing expose by Austria’s Friedrich Moser plays like a spy thriller. (Saturday afternoon at the Cinematheque)

THE BALLAD OF OPPENHEIMER PARK: Seventy minutes of hanging out with the regulars in the downtown eastside’s most central park. It’s an eye opener. 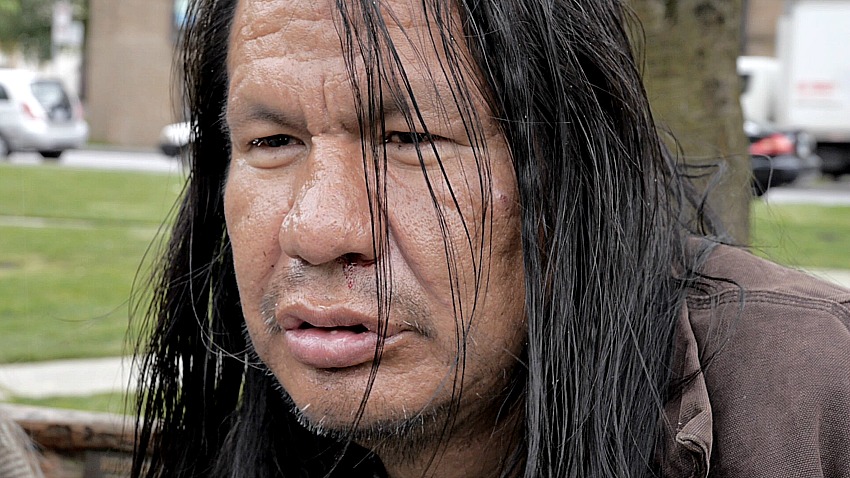 There’s “Bear” as he calls himself. “I fight,” he proclaims, especially if you touch his hair. Harley acts like a standup up comic, sings a little and later puts a feather in his hair. A guy simulates shooting up. A woman and a man yell about money. Another woman calls her “trash”. Most of these people are First Nations. The film by Juan Manuel Sepúlveda, a Mexican and a former SFU student, makes the dubious suggestion that society has forced them to be there, in a new sort of confinement.

Some insist they’re on un-ceded land and have the right to sleep there. Several seem drunk or hung over as they argue, play cards, push an old-style buckboard carriage around and at one point carry a coffin. There’s no linking story, just incidents and the growing impression that though they don’t seem to have anything to do, they are a community. It’s just as effective at a famous American film from 1957, On the Bowery which was both praised and blasted for showing real people on New York’s skid road. (Saturday afternoon Cinematheque)

THE CROSSING: This short film, just under an hour, goes beyond all those documentaries we saw on the news about migrants coming into Europe. We get very close to seven of them, two couples and three singles, as they make their separate ways north from Cairo where they first meet. We don’t see the smugglers who send them, but we see the trip. We’re in small boats with them, feel the stress after seven days at sea, get picked up by an oil tanker, processed in Italy and sent on. Some of the scenes are caught with cellphone cameras and are unusually intimate. 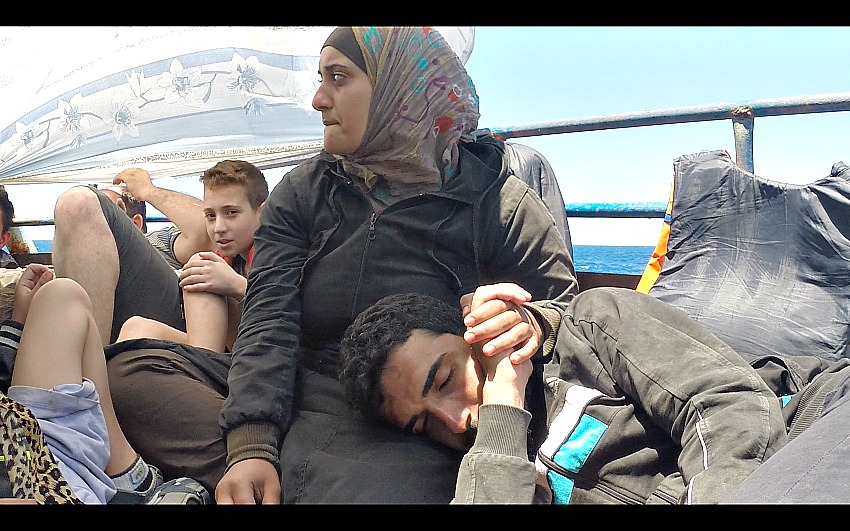 The more prolonged drama comes when they arrive in their destinations: Berlin, Sweden, Belgium and Holland.  They have to adjust but aren’t allowed to do anything while they wait for their papers granting them asylum. One feels he’s in “a prison” and would go back to Syria if he could. Another describes his “culture shock”.  A third is said to be losing his spirit. One hears that his father back home had been murdered. The film is ordinary in style but remarkable in content. (Saturday evening, Cinematheque)

NUTS: I first heard about that odd character John R. Brinkley in a documentary about the Carter Family. They became famous on one of his radio stations. This film shows he was much more than a quack doctor who made millions in the 1030s with a treatment for male impotence. His Viagra was a piece of a goat’s testicle grafted on the man’s. He was also a radio pioneer broadcasting country music, commercials for dodgy medicines and his own speeches from the most powerful station in the US, and later Mexico. Listeners loved him but both the medical establishment and radio regulators came after him. 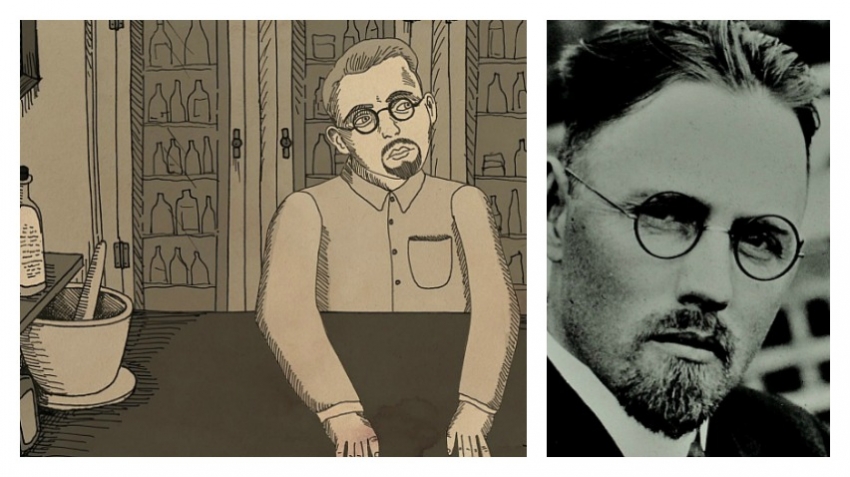 The film tells his story with just a touch of humor (the facts provide enough of that), a surprising amount of film and sound actuality from the time and some sparkling animation to fill in the gaps. As often happens with characters like this, he brought about his own downfall. The film doesn’t say them but you’ll feel the connections to today, the anti-vaxers, the alternate therapies and the fervour of the people who believe in them. (Saturday night, Cinematheque)