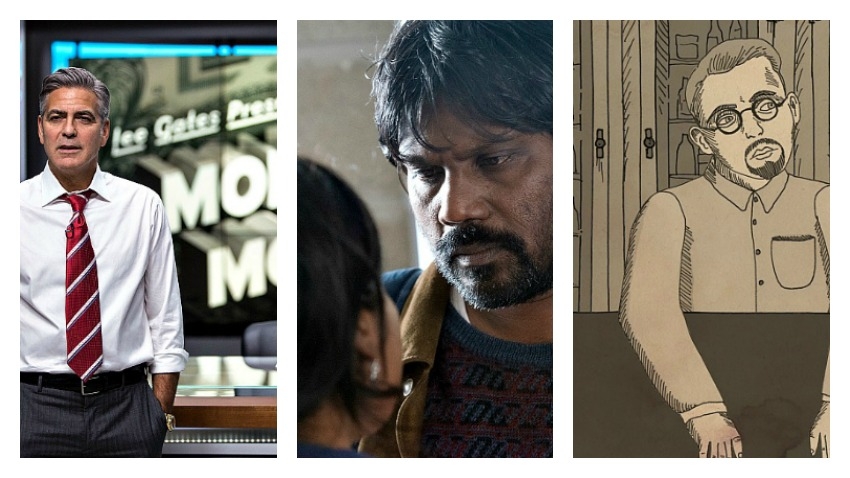 We’ve got two new films in town plus more to see at DOXA and if that’s not enough consider these:

It’s Friday the 13th and if that calls for some horror entertainment here are two possibilities. At the Rio at midnight they’re showing the original Friday the 13th, you know with the guy in a hockey mask slashing up a summer camp.  Earlier, at 9 p.m. at the UBC Student Union Building you can watch The Conjuring, James Wan’s quite good and very popular haunted house thriller of three years ago. A couple of ghost hunters investigate demons in the house they’ve just moved into. The screening is free and there are prizes because it’s part of a continent-wide promotion for an upcoming sequel, The Conjuring 2.

On Thursday next week, the Cinematheque opens a retrospective of Kelly Reichardt's films starting with Old Joy from 2006. It's one of four films, along with Wendy and Lucy, Meek's Cutoff and Night Moves that she made in the Pacific Northwest and for which she's best known. Her rarely seen first feature is being shown on Saturday and on opening night you'll be able to see her talk via a skype interview. See theCinematheque.ca for details.

Meanwhile, these are the new films in town:

A Good American, The Ballad of Oppenheimer Park, The Crossing, Nuts

MONEY MONSTER: It’s clear what the message is intended to be. George Clooney and Jodie Foster are saying little guys don’t stand a chance dealing with Wall Street. As one character declares, the stock market is rigged against them. There’s even a short clip of Robert Reich near the end saying it. He’s a major voice these days on income inequality. But Clooney, as star and producer, and Foster, as director, are so intent on making the film entertaining, they muddy its serious side. 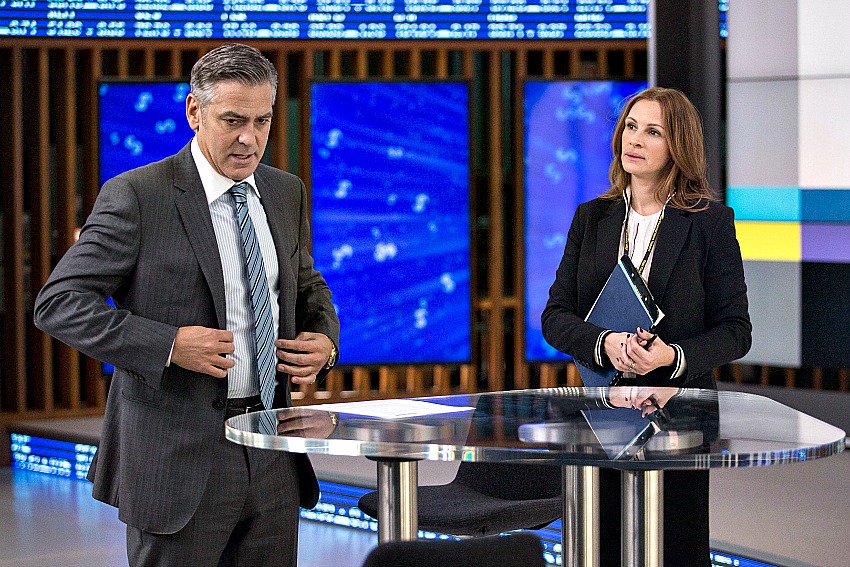 Clooney plays the host, and Julia Roberts the producer, of a TV show not unlike Mad Money, but way too exaggerated. (Clooney singing and dancing? Not credible.) One of his in-your-face stock tips has gone rotten. A young man (Jack O'Connell) who lost $60,000 on it barges in and takes him hostage on air. He wants to know how such a sure-thing could go so wrong. Roberts, various staffers and the PR woman at the company he invested in rush to find the answer as police converge, crowds gather outside and audiences world-wide watch on TV. 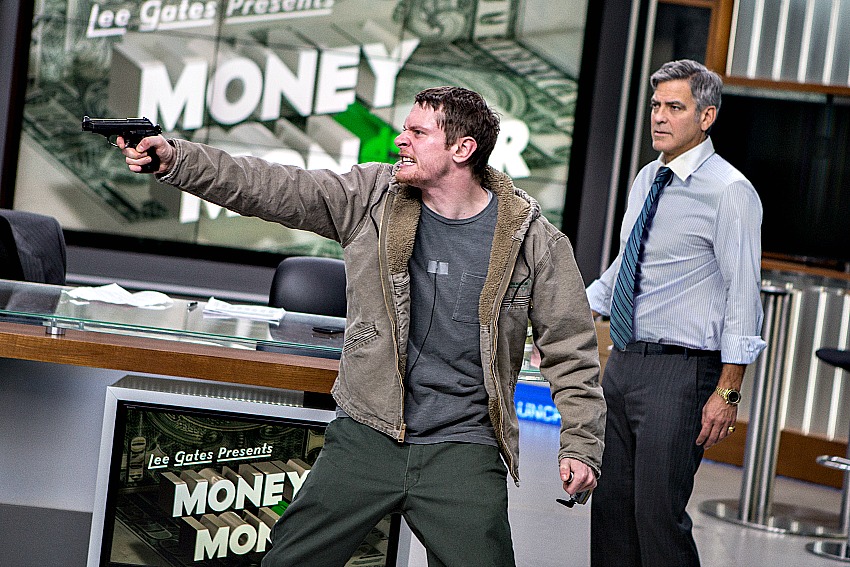 Some of this works. For instance, high-tech stock trading is looked into. Clooney’s character starts questioning the influence he’s been wielding. But a lot doesn’t. When the police link the young man’s pregnant girlfriend to talk to him, she yells how worthless a man he is, in much stronger language than that.  It’s not only unfeeling, it undercuts the sympathy we’re supposed to have for him. Maybe he’s always a loser. The script has to make some challenging turns to put the blame where we know all along its going. There’s little suspense and some of the humor misfires but the acting is good.  Caitriona Balfe (of the Outlander TV series) is a standout as the PR woman.  (Scotiabank, The Park, Dunbar, Marine Gateway and suburban theatres) 2 ½ out of 5

DHEEPAN: A year ago this one took the top prize at Cannes. If you didn’t see it at our film festival four months later, you should now. It’s an intensely moving film about refugees making a new life in France with strong performances by actors you’ve never heard of and a completely authentic depiction of the immigrant experience. Director Jacques Audiard, known for Rust and Bone and A Prophet, based the script on the memories of his lead actor. 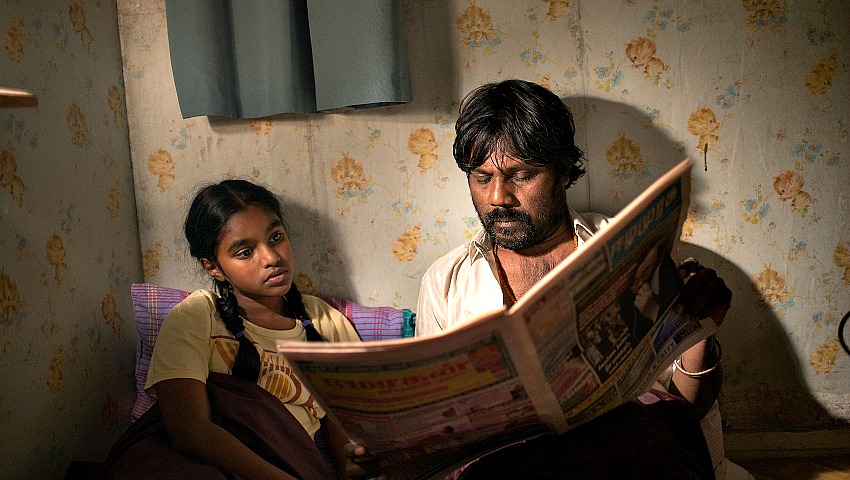 Jesuthasan Antonythasan, now a writer in France, is a former child soldier with the Tamil Tigers in Sri Lanka. He plays an adult soldier, who with a purloined passport, a woman pretending to be his wife, and a “daughter” she found in a refugee camp, convinces French immigration authorities to give him asylum. They set him up with a job as the caretaker at one of those grim housing projects in a northern part of Paris. One of the buildings is controlled by drug dealers. People come go all night. There’s always noise. In that environment, Dheepan and his “wife” and “daughter” try to become a family. That’s one distinct story line. Another is their attempt to fit in, including little details like pretending to understand more of the French language than they know. And then, there’s a violent run in with the drug dealers, after he draws a line they can’t cross. It comes on too fast and isn’t properly anticipated but makes perfect sense. Most striking are the actors, he for his intense presence and she (Indian stage actress Kalieaswari Srinivasan) for her confusion as the make-believe wife. (5th Avenue) 3 ½ out of 5