Gender war and wit in France, battling drug gangs in Mexico and sharp new images from under the sea 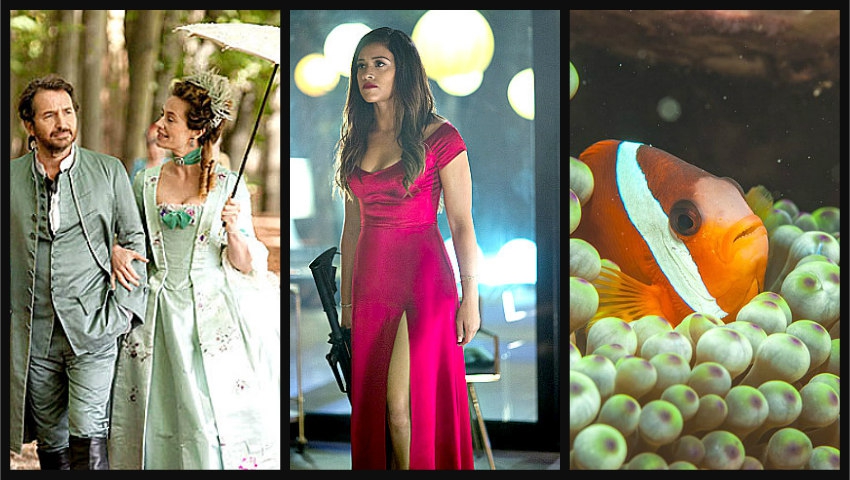 A few film notes to start …

The VanCity Theatre is about to kick off its annual series of films for Black History month. It seems less necessary these days with Green Book, Beale Street, Black Panther and others but there are many interesting films included, some of them rare, some brand new. Hale County This Morning is a renowned documentary, Rafiki made news and law-changes in Kenya and Chisholm ’72 shows the first run for U.S. president by an African American woman. There’s a free screening Saturday at noon of the animated film Kirikou and the Sorceress.

You can read about more, including Spike Lee and Jimmy Hendrix, at https://viff.org . Click on Search by Series.

The VanCity is also bringing back Roma for more screenings. They start today for almost the entire month.

Over at The Cinematheque they’ve got a history of BC films that runs right into April. Monday you can catch Mighty Jerome, Charles Officer’s documentary about sprinter Harry Jerome. A week later, Feb 11 there’s a boisterous road movie Rupert’s Land and on Sunday Feb 17: two by Philip Borsos: a feature, Far from Home: The Adventures of Yellow Dog, and a short doc, Nails. For more, check out http://www.thecinematheque.ca/  Look under “Now Playing”

And new this week? Only three.

MADEMOISELLE DE JONCQUIÈRES: Here’s a sparkling, witty and absorbing period piece that’ll remind you that the French do these things just as well as the English. This one is set in the 18th century and yet has a strong similarity to stories being written today about a woman seeking revenge on a false lover. It originated as a tale inside a novel by Denis Diderot and has already been filmed twice, the first time almost 100 years ago. Similar to, but not as mean and cynical as Les Liaisons Dangeureuses, this is a mature drama about relationships. It’s hampered by a few contrivances and an inconsistent ending, but they don’t spoil the enjoyment. 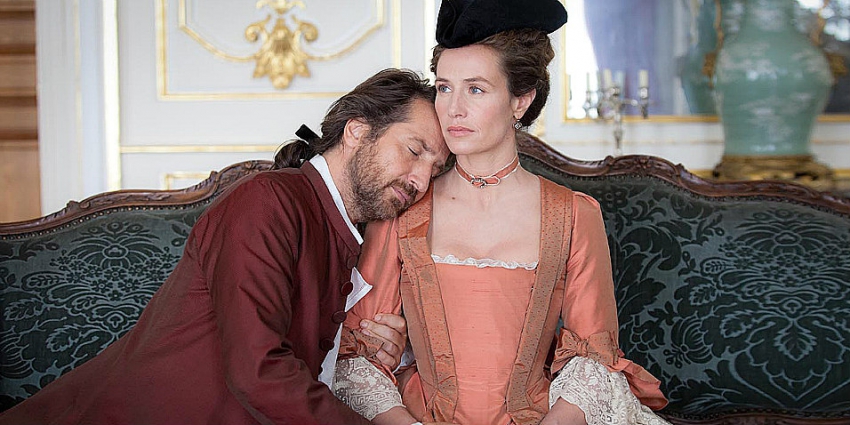 Madame de la Pommeraye (Cécile de France) withstands the come-ons of a charming womanizer, the Marquis d'Arcis (Édouard Baer) and then suddenly gives in even though she knows his reputation. He’s a wanderer, and does just that on a series of business trips. She tests him, gets the wrong response and sets up what she insists is “justice,” not revenge. From a bit of gossip he once told her about a noble woman and her daughter reduced to prostitution, she has the perfect scheme. She finds the two women, doesn’t tell him who they are and waits for the inevitable. He becomes obsessed with the daughter’s beauty and must have her. It could lead to humiliation for the rakish narcissist. It’s fun to watch the machinations, hear the literate dialogue (with bon lines like “Happiness that doesn’t last is called pleasure” and “Love is an insult for those who have none.”) and to take in the luxurious settings. This is an intelligent film with more than a bit of feminism included. (VanCity Theatre) 3 ½ out of 5

MISS BALA: For the longest time it looked like Catherine Hardwicke’s remake had totally changed the plot of the original Mexican film of eight years ago. It seemed to have dropped the central event, a beauty pageant fixed by a drug cartel boss to give him power over the young woman he had set up to win. Turns out it was only delayed, for a long time, and the film became much different anyway. Not so much anymore a story of an innocent caught up in a crime-infested society, it morphed into a tale of a woman finding courage within herself, to pick up some high-powered ammo and fight back. The empowerment theme is au courant and very Hollywood but the film is only routine. It starts well but by the end veers out of control. 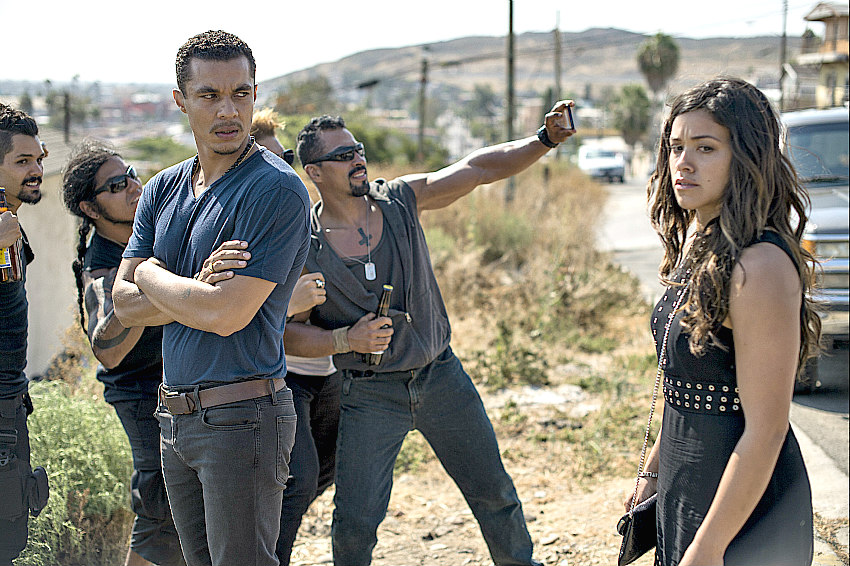 Gina Rodriguez plays (rather stiffly) a California woman with a Latino background who goes to Tijuana to help a friend prepare for the beauty contest. But when drug thugs shoot up the nightclub they’re in, the friend goes missing and she reports to the police, she’s turned over to the gang leader who offers to help if she helps him. He has her drive drugs and money across the border (take note Mr. Trump: through a regular crossing point) and much later uses her in a bigger plot. Ismael Cruz Cordova plays him well, ruthless at first view, then gradually developing as a sympathetic character, half-Mexican, half-American himself, not fully of either culture. “Sometimes you have to do terrible things to survive,” he says. That mix-up of good and bad continues when the DEA and CIA get involved. We need a big gun battle to save us from the confusion and the film delivers. Some tension and suspense would have helped more though. (Scotiabank and suburban theatres) 2 ½ out of 5

WONDERS OF THE SEA 3D: Judging by the hype, you’d think this was an Arnold Schwarzenegger film. He is an executive producer and it is preceded by a short welcoming message in which he says he’s been an environmentalist even before he was a governor. But his narration comes only in small bits. It’s  interspersed around comments by the real stars: Jacques Cousteau’s son Jean-Michel and grandchildren Fabien and Celine. They’re carrying on his work of studying and advocating for the oceans which is more vital than ever as climate changes and acidification and plastics spread. The film concludes with a warning, as you’d expect, but brings us glorious pictures on the way. 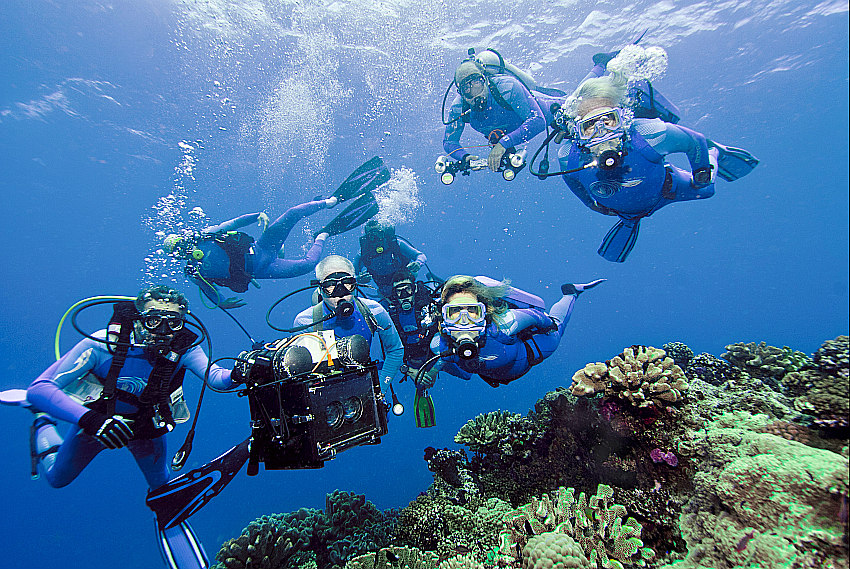 Cousteau, who developed the scuba diving gear, showed us the seas in his films, the first of which won an Academy award, and the hundreds of which that played on his TV show. This film goes way beyond that. Thanks to new technology, we see underwater in 3D, Ultra-HD 4K, slow motion and very, very close up. You see the clown fish (as in the picture at the top), a Christmas tree worm emerging like a flower coming into bloom, the basket star which has no heart and no brain, the bright colors and exotic shapes of coral reefs, which by the way are animals, not stone. 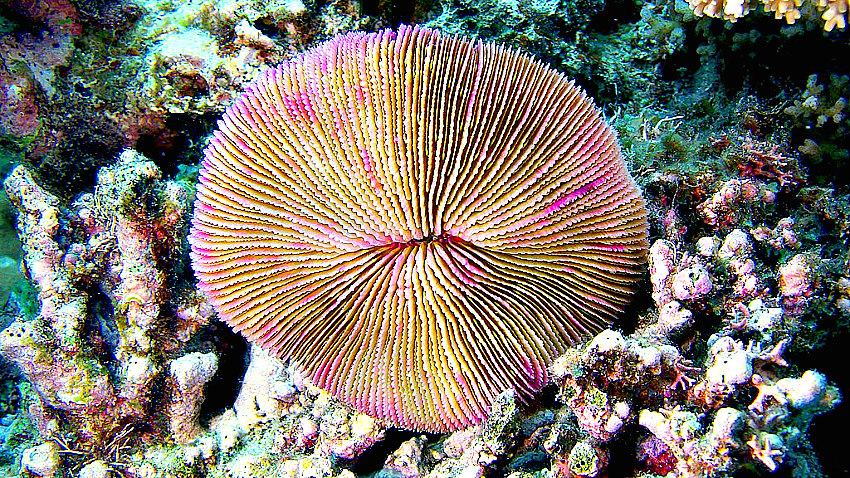 The 3D camera takes us right into one creature’s mouth. There’s a squid mating frenzy, a sting ray rising out of the sand, an octopus that can change colors and much more. And later on, scenes of decline and calls for action. Some of the talk between Arnie and the Cousteaus is humdrum (they even get him to say “I’ll be back.”) but the message is strong and the sights are awesome.  (International Village and Cineplex Riverport and Langley) 3 ½ out of 5