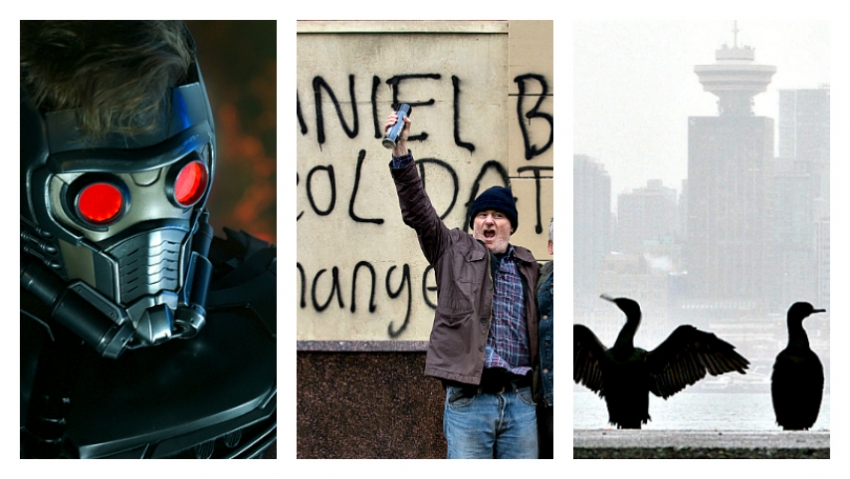 Vancouver’s out of reach housing prices get a quick examination in a new film. It’s the one that most interests me at the current DOXA documentary festival. My reaction is below and for other films at the festival look for Lincoln Kaye’s coverage.

My reviews include the biggest film so far this year and the one I think is the best.

GUARDIANS OF THE GALAXY Vol. 2: Goofy humour, anarchic vibes and an alternative to the formula setting in at Marvel movies. That made volume one a mega hit three years ago and pumped up the anticipation for this one to fever levels. Well, rest assured you get more of the same but be warned it’s not quite the same.

This one tries too hard and belabours some of the best stuff. The novelty and surprise factor is lower. Many of the jokes are weaker and there’s an uncomfortable slowdown in the middle before the pyrotechnics salvage the film. The creators, including the repeat director, James Gunn, also the screenwriter, got carried away with the razzle dazzle of the special effects and let the story meander. Also, you’d better know the first film or the comics to really follow this one. 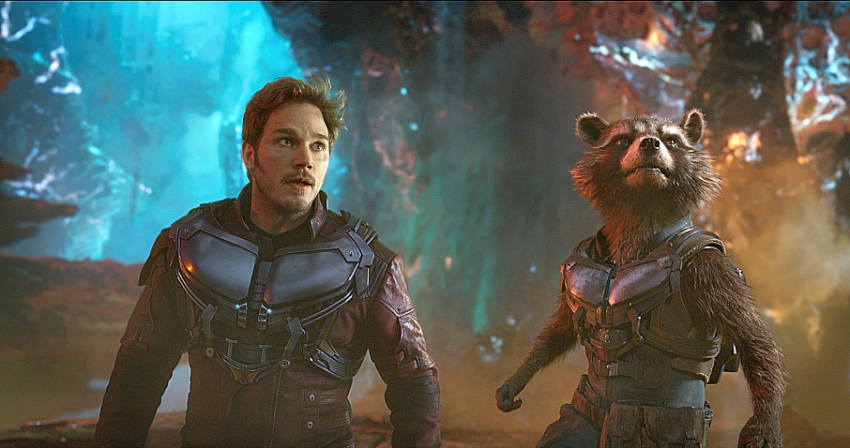 The guardians are pursued by two forces, a band of thieves and mercenaries called Ravagers and by attack pods sent by Ayesha, the ruler of Sovereign (where one stole some batteries).  But family issues take over the plotline, possibly to elevate the film. Peter Quill (Chris Pratt) meets the father he never knew (Kurt Russell) and they have issues to work out. Dad wants Peter to join him to rule the universe.

But he’s more interested in flirting with Gamora, one of his team-mates played by Zoe Saldana, and cracking jokes about the old TV show Cheers and David Hasselhoff. She’s involved in a sibling rivalry with her sister Nebula that is getting vicious and the team, which is really a family, is hardly together. They’re scattered apart through most of the film. The quips by Raccoon (Bradley Cooper) are more caustic, Drax, played by wrestler Dave Bautista, gets most of the funny lines and Groot (still voiced by Vin Diesel but now as an ultra-cute young one) steals the later scenes. Sylvester Stallone is only in it briefly.

The film is just too busy to keep it all working together smoothly. (5th Avenue, Dunbar, Scotiabank, Marine Gateway and many suburban theatres) 3 out of 5

I, DANIEL BLAKE: I’ve seen it again since the film festival and am as sure as ever about the extremely strong recommendation I gave it back then.  You’re going to come out of this one buzzing, maybe even gasping, with the emotions it has put you through. Ken Loach’s latest study of people at the bottom of the economic scale is humane, powerful and angry, and believe it or not, very funny. Well, early on, before the anger rises. It’s his best film in some time and the jury at Cannes recognized that when it gave him their top award, the Palme d’Or. 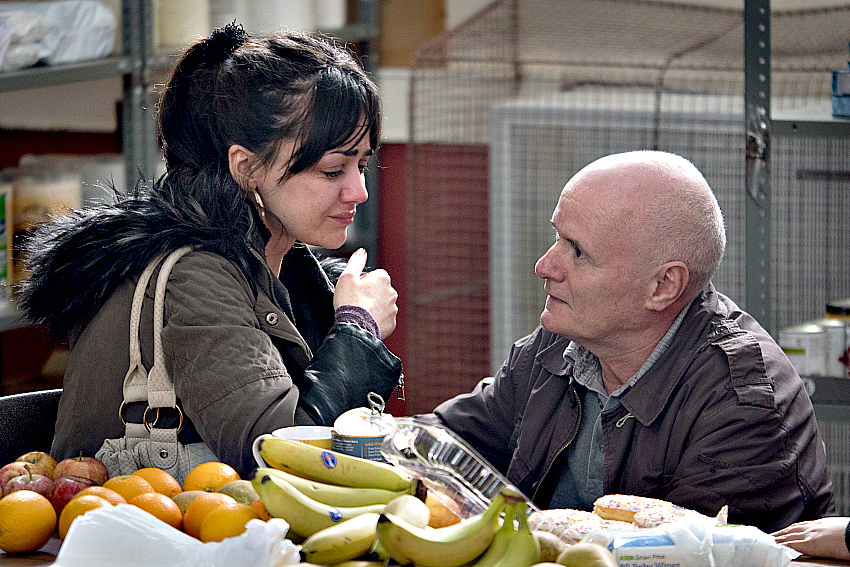 He follows the frustrations of two people dealing with England’s welfare system. Daniel, played straight by a comedian named Dave Johns, is a carpenter who can’t work because he has a heart problem. He wants the English version of a disability allowance. The bureaucrats cut him off and repeatedly promise the “decision maker” will phone to explain. Nobody does.

Daniel is told to apply on-line but computers are new to him. Fumbling with them and with bureaucracy is where the humor is. The mood gradually darkens when he also tries to help a young single mother with two kids (Hayley Squires) get social assistance. There’s a heart-breaking scene in a food bank. The ladies there show some caring; most everybody else cites rules. The scenario feels real because Paul Laverty the writer got real stories from workers and clients of England’s Department of Work and Pensions. The actors don’t feel like performers at all. Except for the heavy accents, which are assisted with subtitles, these people could be right here in town. (5th Avenue) 5 out of 5