Finding help for a new mother, battling a rich creep and cruising the big issues in DOXA’s documentaries 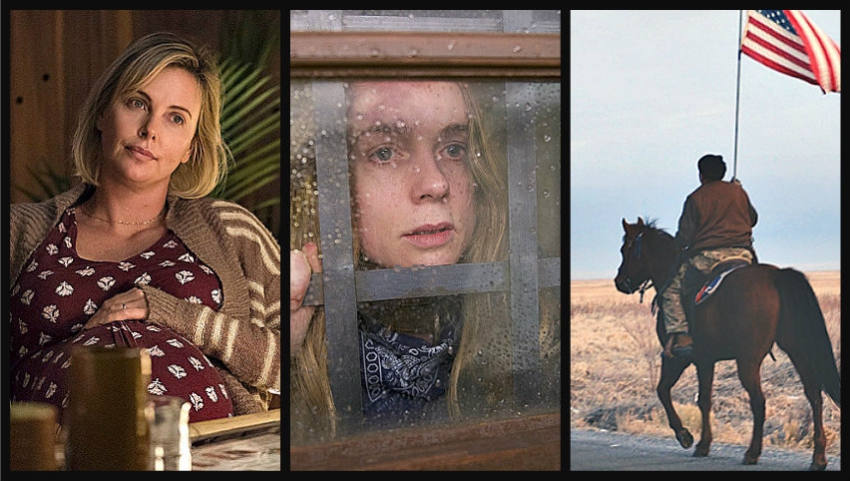 The Avengers are still hogging the audience. That’s why there are only two new films to write about this week, and this unexpected plus: extra space to consider some of the documentaries playing at DOXA. Make sure you notice, though, how often Vancouver or BC get a mention today.

White Ravens: A Legacy of Resistance:  3 ½

TULLY: Being a new mother isn’t easy and this film both gets that across and plays with the idea. It’s a fantasy, a cautionary tale and an entertaining bittersweet comedy all in one. It’ll resonate strongly with women (and the men they’re with if they pay attention) because it confronts a difficult subject, post partum depression, but gives it a light-hearted sugar coating and presents it with star power. Charlize Theron plays the mom, Jason Reitman directs her, and to my mind Diablo Cody is the central creative figure. She wrote it drawing on her own experience as a third-time mother. You get the feeling she understands.

The mom here (Charlize) already has two children, one played by local girl Lia Frankland, the other  with behavioral problems at school, but life gets frazzled when a third arrives. While her husband either works or plays video games all the time, her brother in-law has an idea to help. He hires a “night nanny” to look after the new-born so that mom can sleep through the night. Not only that, but Tully cleans the house overnight and what mother wouldn’t love that? 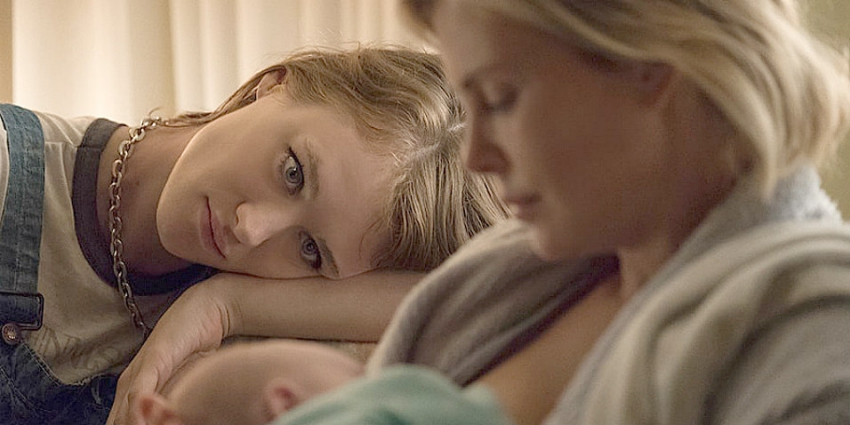 She’s played by Vancouver-born Mackenzie Davis (The Martian and the new Blade Runner are on her resume), proves to be smart, independent and a good companion one night out on the club scene. In effect she’s exactly the person the mom imagines she used to be and wants to return to. She still hasn’t been able to lose the extra weight after her pregnancy. That realism is almost undone by a strange, late plot point. Luckily the story survives. Cody won an Oscar for Juno, the first film she wrote for Reitman. This one is produced by Burnaby’s Bron Studios. (5th Avenue and two suburban theatres) 3 ½ out of 5

BAD SAMARITAN: Here’s a lurid little horror thriller that is stuffed with nonsense but entertains anyway. It’s well-made, zips right along and distracts you from applying too much logic. Be content to enjoy a nicely-creepy villain played by a former Dr. Who actor, David Tennant, and a lot of edge-of-your seat tension. 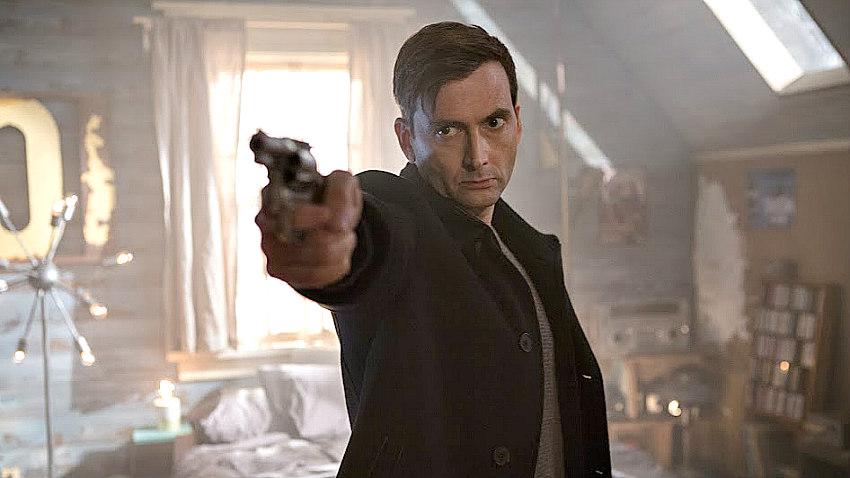 Tennant plays a rich jerk in Portland, Oregon, who drives a Maserati to a restaurant and snaps invectives at the two parking valets. We know he’s a bad guy because an early flashback scene from when he was young shows him whipping and shooting a horse. (Don’t expect subtlety in this film.) The valet guys have a scam going; one drives the car to the owner’s house and robs it before dinner is finished. This time he finds something unexpected: a woman (Kerry Condon ) chained up in the house. He can’t get her free; but exclaims, in an ill-fitting sentiment for a movie like this, why he wants to: “That’s somebody’s little girl.” He tries to report to the police but has to stake out the house himself, leading as you might expect, to a showdown with the bad guy himself. The film purports to express outrage about the self-entitled one-percenters but really is just plain old paranoia. Effectively done though and directed by Dean Devlin who’s had a mixed career since he produced blockbusters a few years ago.  (Scotiabank and suburban theatres) 2 ½ out of 5

DOXA: The annual documentary festival is on again. It started last night with the film about Harry Rankin (which plays again on Tuesday) and continues through May 13. There are details, times and locations for   all the films at the festival website: https://www.doxafestival.ca/

THE CLEANERS: Facebook et al should delete offensive content faster. We’ve heard that recently from the G-7, from Congress and from Ottawa’s public safety minister. But how? One man’s safety is another’s censorship. That comes out strongly in this visit with some of the people who do the policing: low wage workers hired by contractors in Manila, in the Phillipines.

They have to look at thousands of posts and images a day and decide in a split second what to delete and what to let stay. Often they’re little-educated, naïve and inexperienced; probably following the Roman Catholic ideals they grew up with. In this film by the German directors Hans Block and Moritz Riesewieck, one says she had to learn all about kinky sex to do the job. Now she has penis dreams at night. Viewing some images, child pornography or ISIS beheadings for instance, can be traumatic. Understanding humorous posts can be a real problem too. It’s easier to just delete. Social media isn’t quite the free for all you think is and here’s why. (Wed and Fri, May 9 and 11) 4 out of 5