Films with a pre-Rebel James Dean, Tom Hardy as twin gangsters and a future queen at play 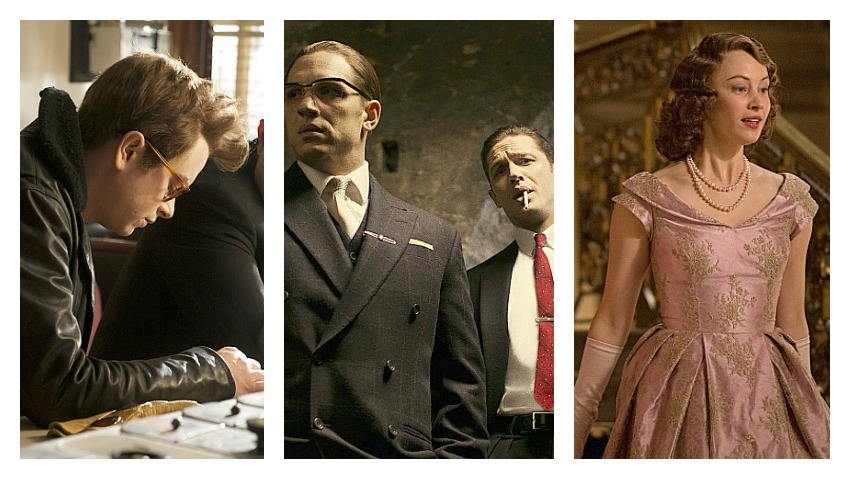 Also corruption in Russia, resisting oppression in Iran and new movies from Europe and Vancouver

The Star Wars roller coaster just keeps on going. Scotiabank has just added extra shows for the new film’s first night: 2:30 a.m. and 7:15 a.m. Amazing. Riverport has also added times and Metropolis and others are bound to follow. May already have. Normal evening shows have been sold out for some time now. This is going to be big.

LIFE: There’s an iconic photo of James Dean looking cool in Times Square in New York. You see it published a lot and now you can see how it came about. The expectation is more interesting than what actually happened though, at least as the story is told in this film by Anton Corbijn. He knows about photographing celebrities (see his pix of U-2) and gives us the process but not much of consequence to go with it. The film is a light once-over but like a tag-along fan you get to see the stars. 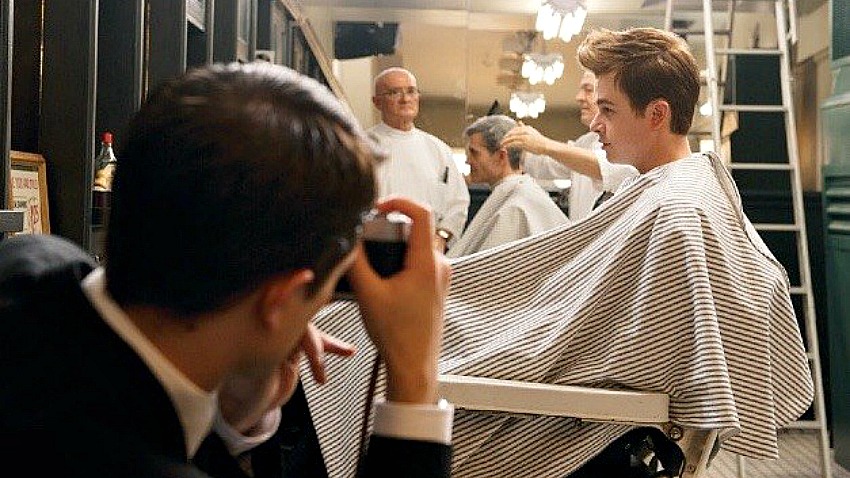 Dean (played by Dane DeHaan) isn’t a star yet.  It’s early in 1955, East of Eden is still waiting to be released and he’s just auditioned for Rebel Without a Cause. A young photographer, played by Robert Pattinson, detects a potential symbol of a generation in him and wants to shoot a photo essay for Life magazine. Dean is OK with it but hard to pin down. When he does co-operate it leads to a trip to his Indiana farmland roots. Where you expect rebellion; you get introspection and a few troubling memories. DeHaan captures his moodiness and often his looks. Pattison is amiable and bland. Ben Kingsley is a chilling tyrant as studio boss Jack Warner. (Rio Theatre) 2 ½ out of 5

LEGEND: There’s one reason-- a big one-- to see this film, the performance by Tom Hardy as two very different twin brothers. They’re the Krays, a couple of gangsters who controlled East End London in the 1960s and as usually happens to people like them in the movies got too big in their ambitions. They got American funding (from Meyer Lansky) and went on a bloody campaign to take over the rest of the city too. 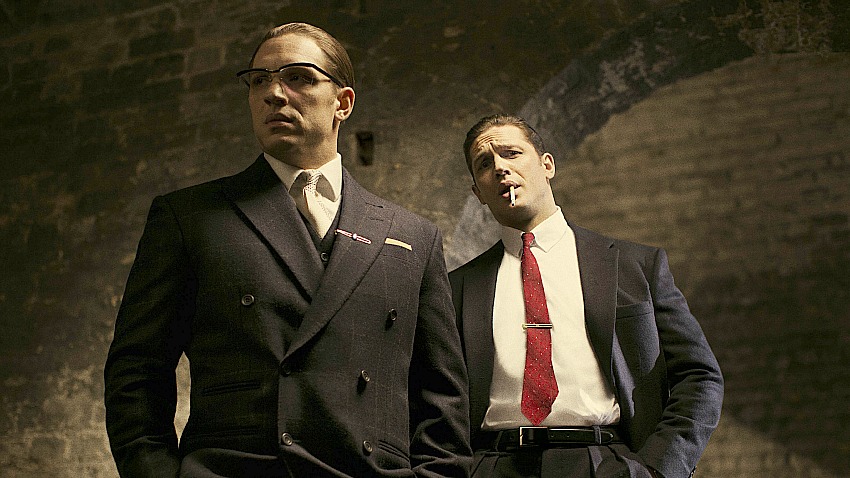 Ronnie was erratic and probably nuts. Reggie was dapper and sensible. Hardy makes both entirely believable and the technicians manage to put them together seamlessly on screen. They even fight each other in one scene. Ronnie is a bisexual, a schizophrenic and a violent promoter of dodgy schemes. Reggie courts respectability by marrying a woman (Emily Browning) from a prominent family. Both, thereby, in their own way, lead to their downfall. Even then, the film advocates for strong family bonds. “Whatever he’s done, he is your brother,” Reggie is told. His biggest mistake, the film suggests, was to follow that dictum. There’s melancholy here and it gets recurring support from Timi Yuro’s big hit (sung by Duffy) “Make the World Go Away.” (International Village and a few suburban theatres) 3 out of 5

A ROYAL NIGHT OUT: This much we do know. The evening World War II ended in Europe, crowds celebrated in the streets of London and Princesses Elizabeth and Margaret convinced their parents, the King and Queen Mother, to let them go out and join in for a while. We don’t know what happened then but it’s probably not what this movie imagines. The girls eluded their soldier chaperones, got separated somewhere on the way to Trafalgar Square and made their own way to a party at Chelsea Barracks. Goodtime girl Margaret (Bel Powley) got tipsy and arrived with a group of “working women.” 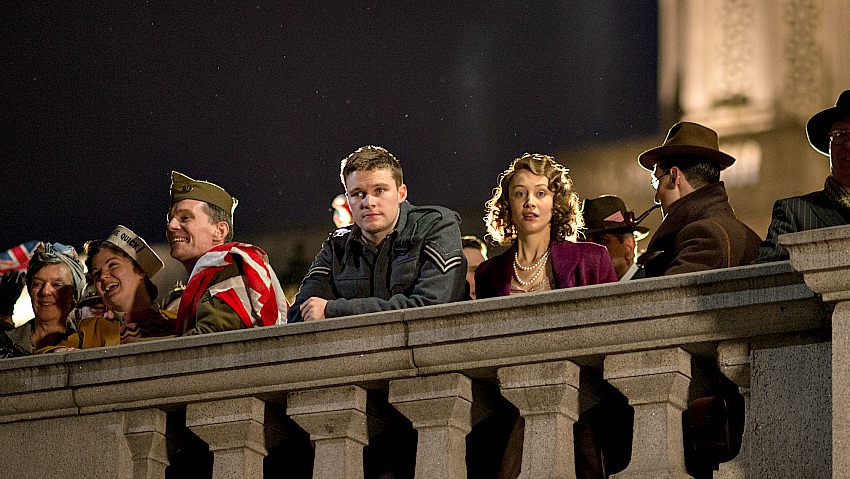 Her sister, or Lizzie as she called herself, followed her trail along with a young RAF flyer she recruited to help. She’s played with appropriate poise by Canadian Sarah Gadon but he’s the most interesting character here. As played by Jack Reynor, his bitterness is a perfect foreshadowing of the public mood that would soon oust Churchill from office. Not here though. The mood stays light, romantic like a junior Roman Holiday, and magic, though ever unreal. The two princesses visit a working class flat to freshen up. The army chaperones play for laughs like in a Carry On movie, drinking and having sex while they should have been vigilant. It’s a mixed-up film but also charming and entertaining, if you’re not too demanding.  (International Village) 3 out of 5

THE FOOL: It’s finally back. At VIFF in 2014, it was the better of two films about corruption in Russia. Leviathan told of one mayor in one town. The Fool shows corrosive effects on the whole society. It seems everybody is on the take. “I can’t help it. I am Russian,” one character says. 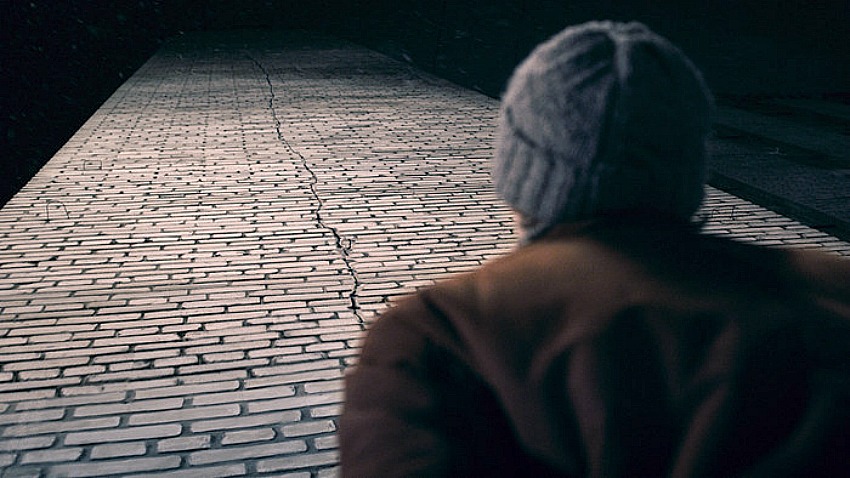 When a part-time city worker checks out a broken water pipe in a social housing apartment building, he finds a looming disaster. There’s a nine-storey-high crack in a wall. The building is leaning and will collapse on the welfare clients, seniors and veterans who live there. What do they call a whistleblower? he’s asked. A fool. He tries though and the film lays out in detail how corruption reaches up through levels of power and how cynicism perpetuates it. It’s both a scathing attack and a gripping thriller. (VanCity, Tues, Wed and Thurs) 4 out of 5