Films about a son’s addiction, the continuing assault on sharks and a Halloween killer's return 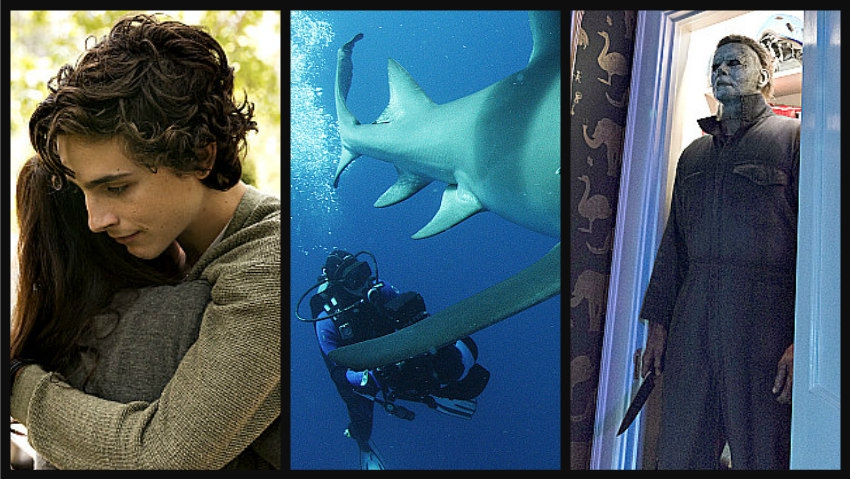 There’s lots of choice among the new ones this week. You can laugh, tremble, fume, sympathize or just feel the resonance in one or more of these.

The Big Bad Fox and Other Tales:

BEAUTIFUL BOY: This one will resonate strongly with many parents. Some will feel relief that their children didn’t get into drugs. Others will be gripped by the terrors the film recalls, the feeling that a child has been lost to them, grabbed by an addiction that won’t let go.

Even the occasional good times are scary because as the father, here played by Steve Carell, is told: “Relapse is part of recovery.” In other words, it’s always looming. More distressing is the father’s realization he doesn’t know his son anymore and has no idea what happened to him. 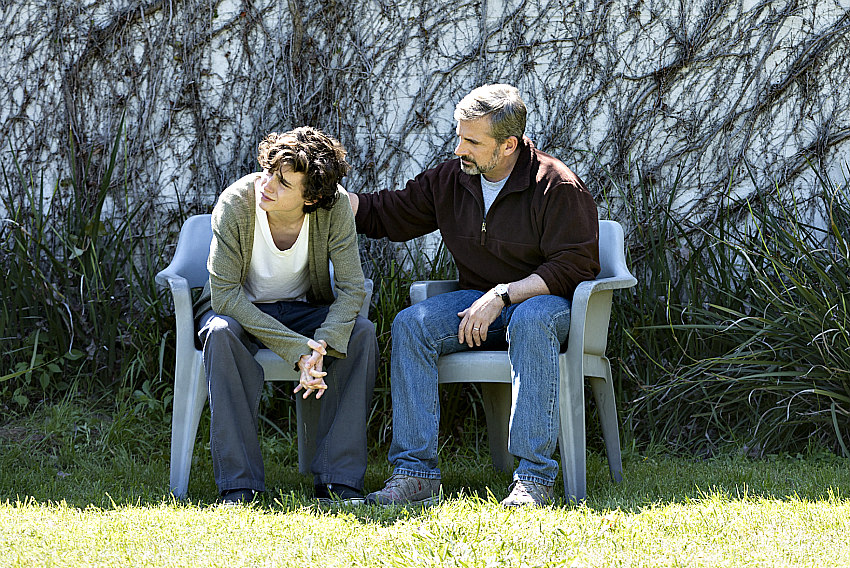 We don’t find out either. The son won’t say much except this, about the first time he took crystal meth: “I felt better than I ever did before.” The world turned Technicolor, he says. Timothée Chalamet, of Call Me By Your Name fame, gives another outstanding performance here. With few words he conveys lots of emotion. For the dad there’s a rising desperation and even guilt. Did he help cause it? Did his divorce contribute?

The film doesn’t go there. Though it’s based on separate memoirs by the two, it dwells mostly on the father’s growing awareness that he’s powerless to fix things. That means we get only flashes—only hints at times—about the son’s life as an addict. That’s not enough but what we do get is a moving, well-acted, well-directed family crisis. (5th Avenue) 3  out of 5

SHARKWATER EXTINCTION: There are several facts I found distressing in Rob Stewart’s new films about sharks. One is that, although his first one, Sharkwater (2006) helped get laws passed in many countries to stop the hunting of sharks for their fins (for soup in Asia), more hunting is going on now.

Much of it is done illegally; some with officials looking the other way. Costa Rica, for instance, a progressive country usually, de-fanged its regulations after a new president came into office. The film finds examples like that in a number of countries and has pictures to prove them. 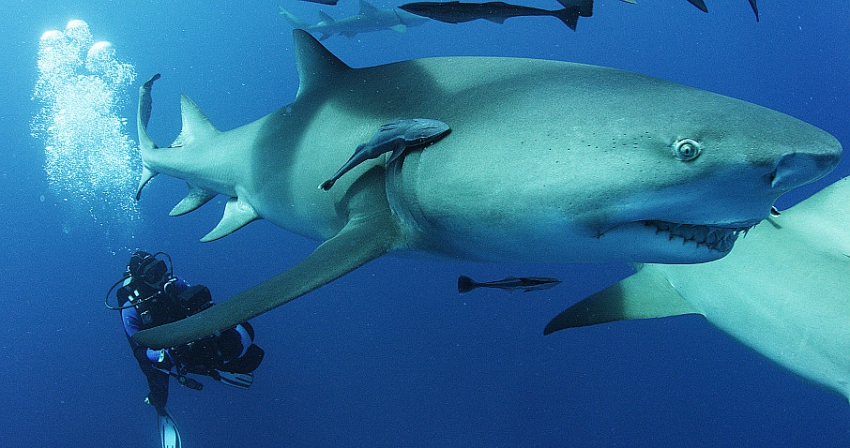 It also has more of what the first film gave us: beautiful pictures of these creatures swimming underwater, often with Stewart himself beside them. He said “people need to see their softer side. Their intelligence.” He also shows them piled on a cargo ship or snagged as incidental casualties in mile-long fishing nets positioned to catch other fish. Sadly he was an incidental victim himself. He died on his last dive because of a breathing apparatus fault.

Others finished the film for him with recordings of his voice providing the committed narration. His passion for protecting these creatures is there to hear and see.  (Scotiabank and suburban theatres) 4 ½ out of 5

HALLOWEEN: This is how you make a sequel when there have already been multiple sequels and at least one re-make. Forget them all, just concentrate on the original, pick up on its spirit and add something new. So, 40 years after the original film we get this one, set 40 years later.

Michael Myers, the killer, is in a mental institution/ prison and he’s about to be transferred to another. Oh, oh. You know what that means. One rainy foggy night with an overturned bus and a lot of crazies running around but no Michael in sight we’ve got the answer. 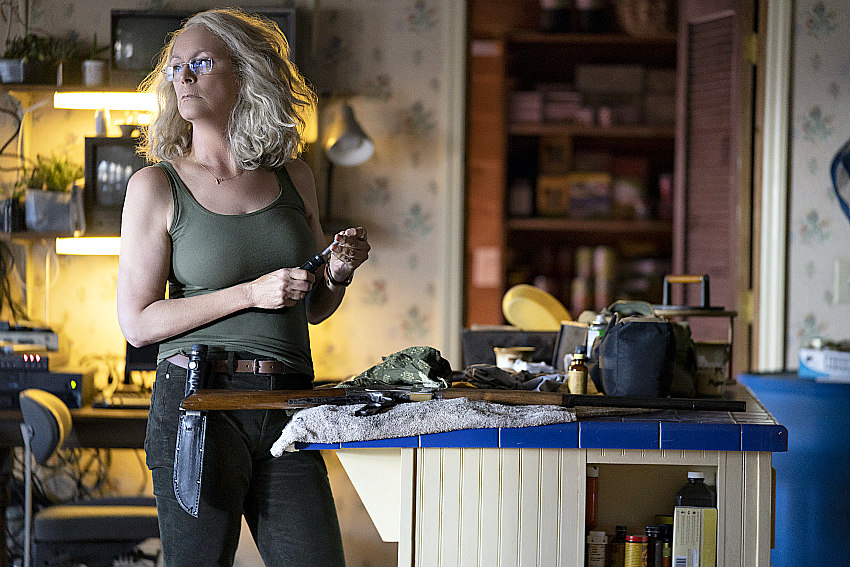 Meanwhile, Laurie Strode, his target all those years ago (and in four sequels), knows he’s coming for her. Jamie Lee Curtis plays her once again, rife with the same old “paranoia and neuroses” that her daughter (Judy Greer) says made her childhood traumatic and now threatens her granddaughter (Andi Matichak) too.

And sure enough, Michael is coming after them all. Laurie is ready. She’s got a secret shelter below her house and has been taking target practice. The sheriff who was on the case 40 years ago is still on it. He’s now played by Will Patton but somehow Michael eludes them all and we get tension building up to a bloody confrontation. David Gordon Green, the new director, ratchets up the suspense, gives us three or four jump in your seat startles and delivers a pretty good thriller for fans of this kind of movie. They loved it at the Toronto Film Festival. (Scotiabank, Marine Gateway, suburban theatres) 3 out of 5

THE NEW ROMANTIC: “Romance is dead,” proclaims our protagonist in this bright, amusing comedy. Her editor at the student newspaper she writes for doesn’t want a piece saying that and she (played by British actor Jessica Barden) goes out to find material for it anyway. It’s the kind of romance she loves in Nora Ephron movies that’s missing, she says.

After a party and a mix-up she stumbles into another kind, a world of sugar daddies. She becomes a sugar baby to one. 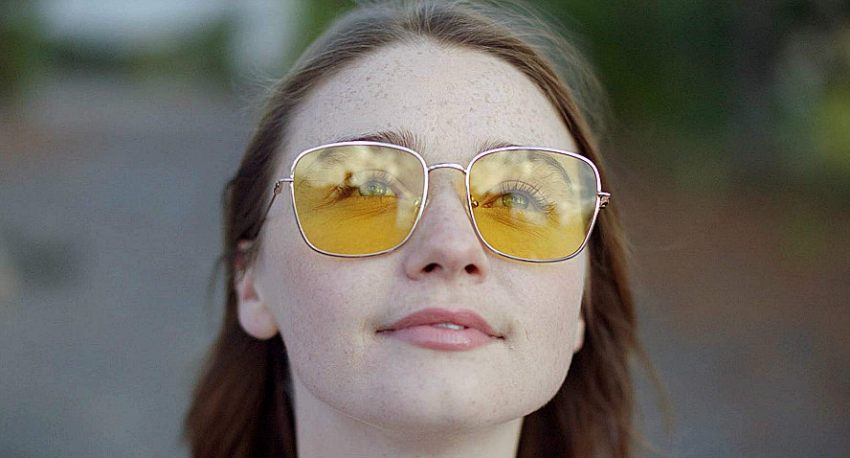