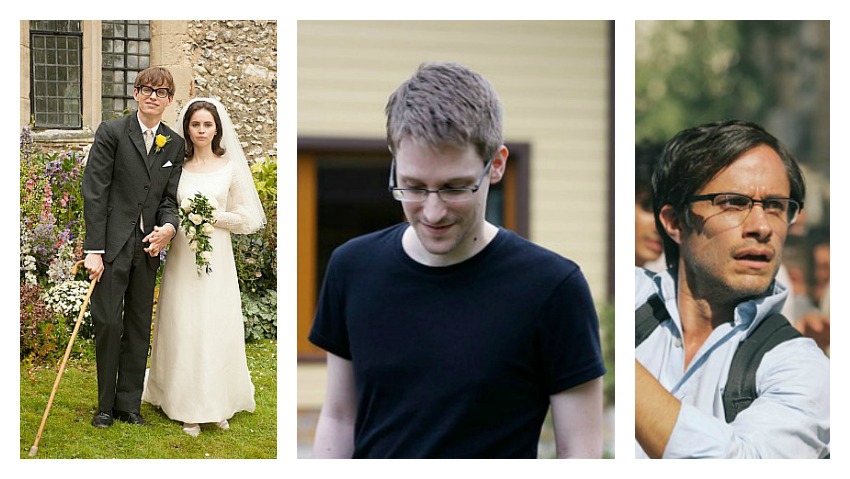 Theoretical cosmology, fine art, surveillance by government, interrogation and torture. It’s a particularly heady week at the movies for the intellect and conscience. And, yes, for those not so inclined to check them out, there’s a balance: a new Dumb and Dumber.

The Theory of Everything:  3 ½ stars

THE THEORY OF EVERYTHING: I assume that refers to Stephen Hawking’s quest for an equation that, by linking quantum mechanics and relativity, can explain everything. Assume is all I can do because, although it is alluded to a few times, it really plays very little of a role in this biography of the famous scientist and superstar cosmologist from England. The film is actually a love story charting how he met and courted his wife and how their relationship eventually strained and snapped apart. Put that way, it sounds like a pretty ordinary story. Not so, as brought to life by the wonderful acting of Eddie Redmayne and Felicity Jones. 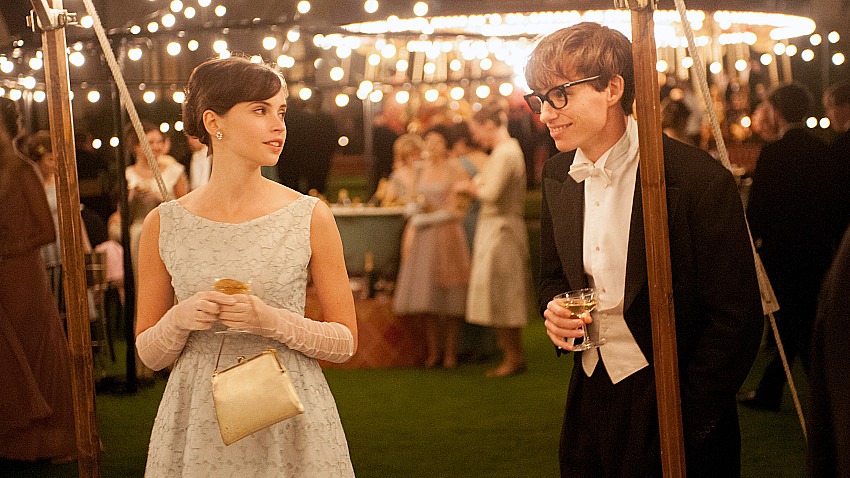 They’re a sweet couple; he described as “strange … goes to ban the bomb marches” and she a student of Spanish medieval poetry. He has a sly sense of humor to go along with his obsession about “space-time singularity”. It helps him live with the death sentence he’s put under. Because of an oncoming neuron disease he’s told he has two years to live. As we all know he’s still alive, 51 years later, but almost completely paralyzed and able to communicate only through a voice synthesizer. The film shows stages of that decline and with great delicacy the pressures it put on his marriage. That ended almost 20 years ago as she went with a choirmaster and he with a nurse. The story is taken from a memoir she wrote and the film succeeds in conveying the love they had and what seems like unshakeable optimism from him. That’s not ordinary; that’s inspiring. (5th Avenue) 3 ½ out of 5

CITIZENFOUR: That’s the codename Edward Snowden used when he felt ready to blow the whistle on the spying the U.S. government does on its own people. He used it to communicate with filmmaker Laura Poitras and a couple of reporters with the English newspaper The Guardian, set up meetings with them in Hong Kong and reveal the widespread surveillance programs run by the National Security Agency. That information was explosive; it’s still reverberating today more than a year later. Snowden is facing charges close to treason in the U.S., is an official guest in Russia and a hero the likes of Che Guevera in Germany. But then he did reveal the NSA had been hacking into Chancellor Angela Merkel’s cellphone. 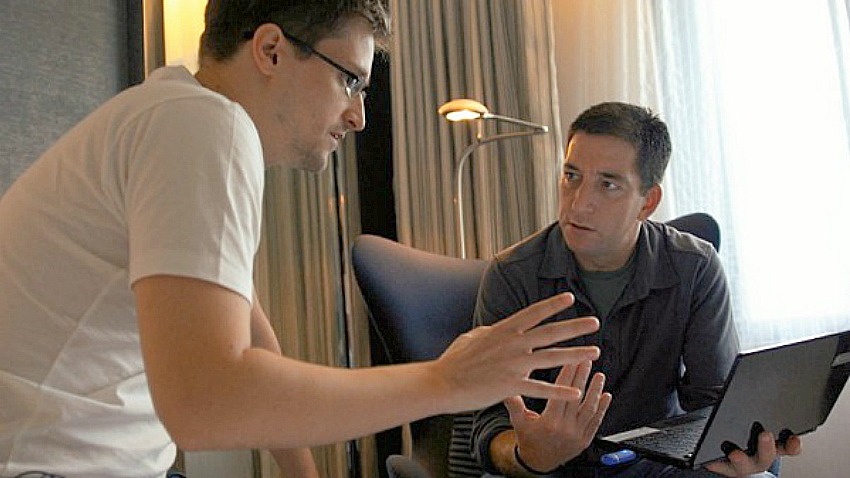 This film shows how all that came about. Poitras had her cameras there as he first told about programs like UDAK and PRISM through which the NSA can intercept telephone calls and any digital communication. “It’s a curtailment of my intellectual freedom,” he says calmy and deliberately. He displays just a little bit of doubt when he stares into a mirror but then presses on with his revelations. When the story explodes across the planet, the camera is there to catch a certain tension and edgy mood building around him. It’s become high drama and as engrossing as a spy thriller. Sharp editing and urgent music add to that mood. Not often can we watch history develop this closely. I wish Poitras had included a scene from Snowden’s life in Moscow where back in April he participated in a TV phone-in show with Vladimir Putin. He asked the Russian president a softball question about his surveillance activities. Putin said Russian law forbids them. Snowden seems genuine but not always discerning. (International Village) 4 ½ out of 5