Bringing along a rucksack that Chatwin gave him, Herzog follows his trail to many of the same spots he visited, starting in Patagonia, of course, the subject of one of his books, on to Africa, Australia, Wales where his widow lives and Avebury, the site of Stonehenge-like rock circles in England that inspired his quest for unique adventures. (That scene delighted me because I’ve been there too). Friends and observers and explain his talent which Herzog describes as “turning mythical tales into voyages of the mind.” He embellished the truth when he wrote, or, according to his biographer, wrote the truth and a half. On his personal life, his widow says she would never consider divorcing him even though he brought his lovers home with him. It’s a fascinating portrait. (VanCity Theatre) 4 out of 5

CUNNINGHAM: First name, Merce, was one of the innovators of modern dance. His choreography, he insisted, was not to interpret anything, just to present. It was visual, to show what the body can do, how far it can be pushed. This film by the Russian director Alla Kovgan shows what he meant by re-staging, in part, 14 of his key works, sometimes with dancers who actually worked with him. He died 20 years ago after a 70-year-career that started with schooling in Seattle and grew in New York, drew accolades in London and rotten tomatoes in Paris. All that comes through in this lively film. 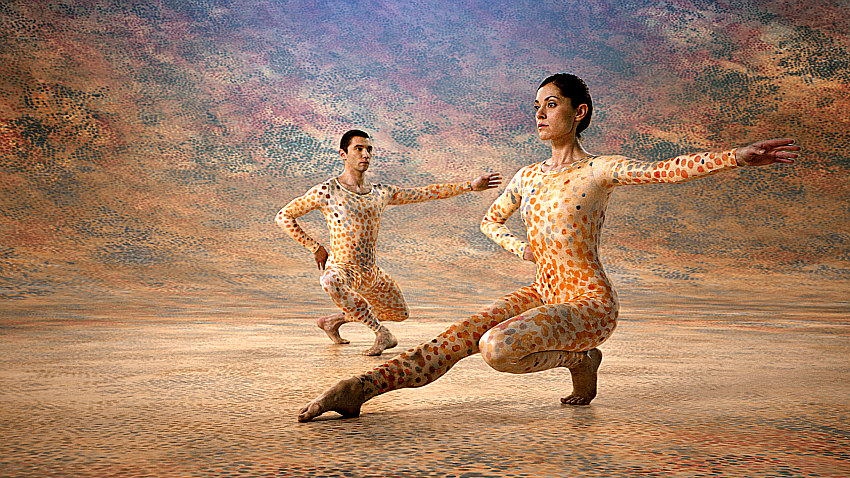 The dances are shot in 3-D (inspired by the same technique in Wim Wender’s film Pina). They’re thrilling and include artwork by Robert Rauschenberg, music by his life-partner John Cage and in one showy piece, floating pillows by Andy Warhol. Even though they don’t tell a story, even he admits that one piece, Winter Branch from 1964, with its dark stage and sweeping spotlights is about violence. Suite for 5 two years later is totally about random chance. His work isn’t ballet or modern dance, but combines both. “When it clicks it becomes memorable,” he says. Modern performances and old rehearsal films give a fine representation of his art. Not much about him as a person, though.(International Village) 3 ½ out of 5

THE LAST FULL MEASURE: The insanity of the Vietnam war is recalled in this true story. And it’s a compelling tale that shows how lies at the top (LBJ, his Defence Secretary and top General all said the US was winning) deepened the tragedy. That comes out clearly in the true tale of an Air Force medic named William H. Pitsenbarger, Pitts, for short, who sacrificed his life to save others but was denied a medal of honor as part of a cover up. Nobody wanted to draw attention to one of the most disastrous battles in the war or the man who ordered it. “Political Darwinism,” somebody calls it.

Friends (one played by William Hurt) lobbied for him for years and a Pentagon staffer (Sebastian Stan) is eventually assigned to investigate. Ed Harris, Samuel L. Jackson, Peter Fonda (in his last film role) and Christopher Plummer and Diane Ladd (as Pitts’ parents) tell the story. We see it in flashback clips. Pitts fills in for a medic who has been shot and then refuses to take a helicopter ride out when the fighting gets calamitous. The film blasts the US war leaders (their lies kept the money flowing, one GI says) and the conspiracy that denied Pitts the medal. It took 34 years and a vote in Congress to get him a posthumous medal. Why? I didn’t learn the whole reason but I did feel the film’s anger. An air force association now awards an annual scholarship in his honor. (Scotiabank and Silver City Coquitlam).          3 ½ out of 5

COLOR OUT OF SPACE: Connoisseurs of Nicolas Cage going mad on screen are well-rewarded in this one. It takes a while but when he goes, he’s manic and raging, driven to it by something from outer space. It’s not clear what it is but it arrives on a meteorite, reveals itself as a purplish color and drifts around a family’s rural, woodsy farm contaminating and mutating everything. This is from a very old H.P. Lovecraft story that supposes that whatever aliens eventually come down to our planet, they will not be understood or even detectable by us. So the film is a tightening web of unexplained anxiety. 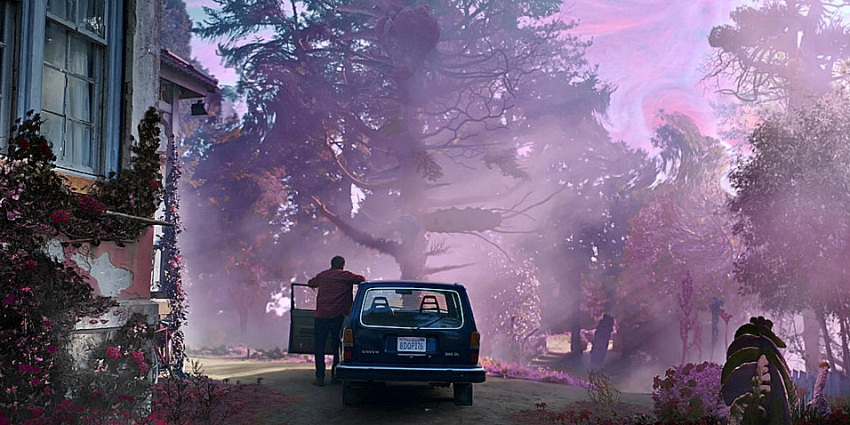 A lot of it is downright silly. Cage as a farmer is raising alpacas. His wife (Joely Richardson) is a wealth manager, via the internet. His daughter (played by Madeleine Arthur, from here in Vancouver) is a wiccan who rides a white horse. There’s a hermit in the woods (Tommy Chong) who smokes dope (naturally) and thinks nature gone wrong is the cause of the problems. We know better: Nic gets a rash in the shower; his son detects an organism down in a well; his daughter cuts herself; electric sparks get his wife and his alpacas gets all icky and bloody with something. There’s also a large insect as the fear of the unknown swells and the film spins a psychedelic aura. Richard Stanley from South Africa wrote it and directed it in Portugal, his first feature since the laughable The Island of Dr. Moreau 24 years ago. You need a taste for the bizarre, creepy and comic to enjoy this one. (Rio Theatre) 2 ½ out of 5

THE TURNING: This is the latest of many adaptations of the classic ghost or gothic story The Turn of the Screw by Henry James. It wasn’t previewed hereabouts so all I can give you is some background. Filmed in Ireland a couple of years ago, it stars Vancouver-born and raised Mackenzie Davis as the nanny who thinks there are ghosts about and Brooklynn Prince as one of the children she tends to. (Remember her charming presence in The Florida Project?) The director is part-time Toronto resident Floria Sigismondi who is famous for the rock&roll movie The Runaways and a couple of episodes of The Handmaid’s Tale. Joely Richardson is in it. She’s also in the Nic Cage movie (see above) and ironically the last filming had Michelle Dockery in her role. She’s in The Gentlemen (see above).  Trivia has to suffice in cases like this.