Films about art and artists with Emily Dickenson, Cézanne and some sparkling Shakespeare 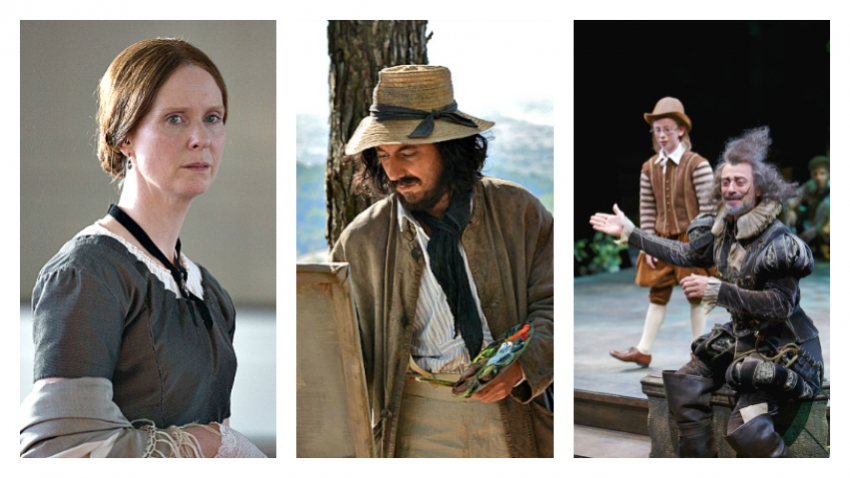 This is a coincidence. Four of today’s new films are about artists, their works and sometimes their troubles. You can read about a poet, two painters and a vivid new version of Shakespeare’s comedy Love’s Labour’s Lost, a hit at Stratford and now available on movie screens.

I had room for them because three films, including a much-promoted Tom Hanks-Emma Watson thriller, weren’t available to preview. (see below)

Love Off the Cuff –

A QUIET PASSION:  You’ll not easily recognize Cynthia Nixon here. She not like in that famous TV series she was in. She’s completely submerged into the character of Emily Dickinson, the American poet. She even looks like her, judging by the one photograph that exists. She has a reclusive aura, a stifled romantic nature, a fear that she’s unattractive and a fear of death but also a fiery anger when offended. It’s a remarkable performance and brings life to this story that would seem a poor fit as a movie. 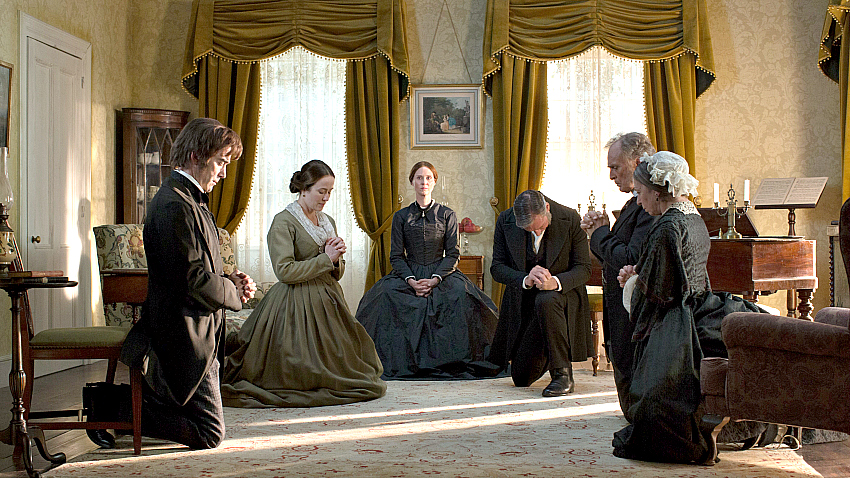 Dickinson had an independent streak.  She wouldn’t pray at school or got to church and talked up abolition at home. Not proper for 19th century women. She spent most of her time indoors writing. When she sent a poem to a newspaper it was published anonymously and slightly altered. The editor considered women’s writing “a literature of misery.”  Fewer than a dozen of the more than 1,800 poems she wrote were published while she was alive. Curiously, stunted ambition and women’s status are secondary themes in this film by Terence Davies. He read her poems and her letters and found that the idea of family was more important to her. And an ever present terror about death. So, there’s a major outburst over a betrayal by her brother. And her famous poem “Because I Could Not Stop For Death” is heard over her funeral. The film which is stiff and formal at the start, a bit like a historical pageant, grows into a moving portrait of a headstrong but fearful artist. (International Village) 3 ½ out of 4

CÉZANNE ET MOI (also known as Cézanne and I): This one raises the recurring question: how much do you really want to know about a cultural figure you admire. Emile Zola, for instance. The revered French author comes off as callous and condescending in this film about his friendship with the painter Paul Cézanne. They were pals since they first met in a schoolyard brawl but split as their fortunes diverged.  Zola, the outsider, became a literary star in Paris. Cézanne became a recluse in the south of France after his art was rejected by both the critics and the official Salon. Impressionism was the in style. Along the way, both men fell in love with the same woman. Zola won her but had his children with another. And Zola’s book on bohemians, L’Oeuvre, infuriated Cézanne who was convinced he was the model for a character in it. 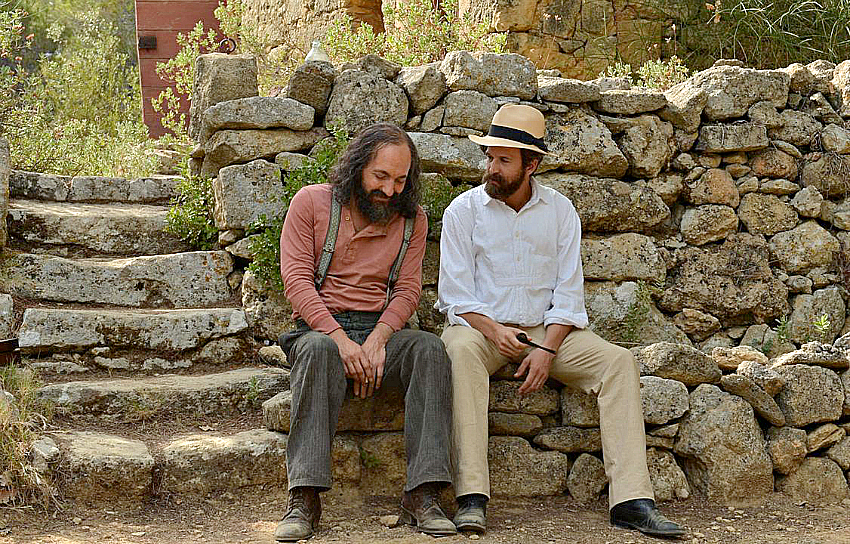 French director Danièle Thompson tells all this in a lush film (that includes a few scenes staged like key paintings) but loses us with her technique. For one thing, the many time period shifts. No sooner do the boys shake hands than the mature men have a falling out. More back and forths follow. The focus is squarely on the friendship and not on the artistic output of either. But there’s much that feels deliberately assembled. Zola declines to visit his old pal late in the film, just as Cézanne earlier said he no longer visits Zola because “It feels like visiting a head of state.” He overhears Zola refer to him as “a stillborn genius.” More than a few scenes like that feel manufactured, not real. The chief bright spot for me is the vital performance of Guillaume Gallienne, exuding envy and resentment as the painter. (VanCity Theatre) 3 out of 5

LOVE’S LABOUR’S LOST: This glorious version of the Shakespeare comedy plays one day only at Cineplex theatres as part of their Events series. It is that. It’s brisk and sprightly, often,  as one character says, “a civil war of wits” and so perfectly transferred to the big screen you won’t even notice it’s 2 ¾ hours long. It moves along like a breeze. 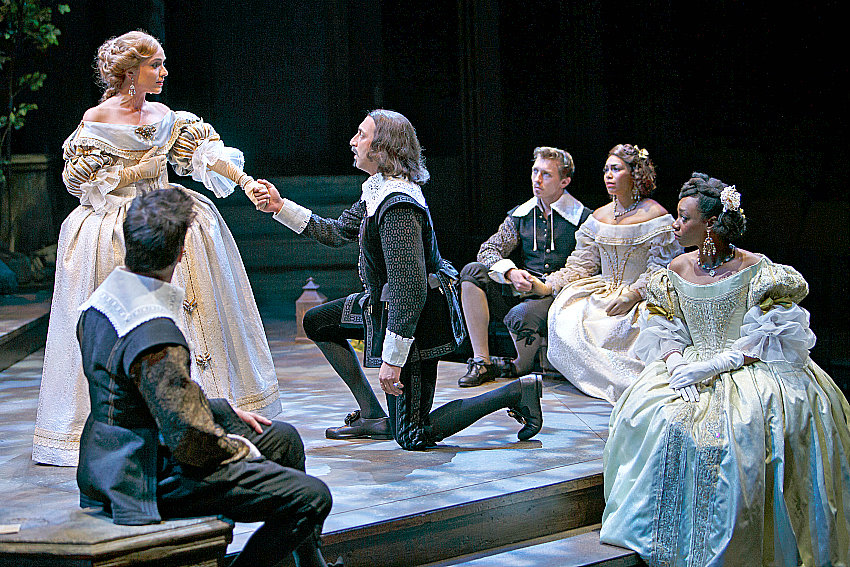