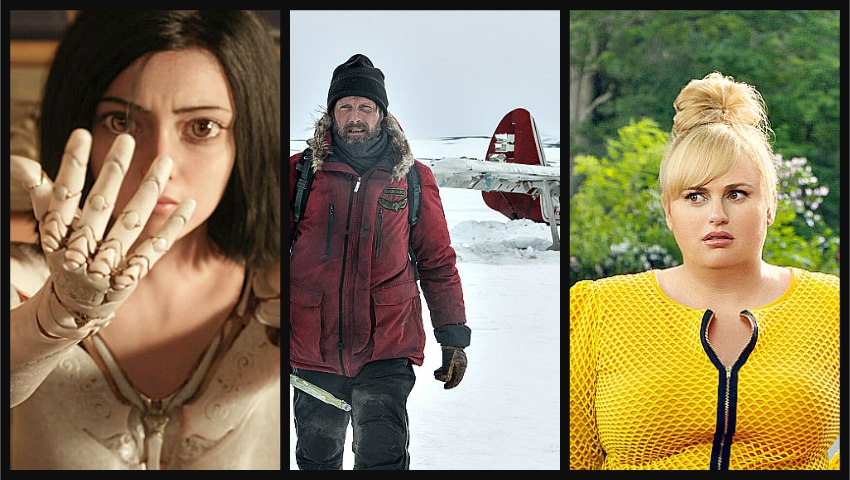 There are only three new films this week, another that didn’t seek reviews and a mini festival of comedies to fill in. So you do have choices.

ALITA: BATTLE ANGEL: For a good part of its long running-time this film has the feel of an engrossing James Cameron adventure. That fits. He produced and co-wrote it and has fussed over it for some 10 years or so. Then he turned it over to Robert Rodriguez to direct and he's infused it with the kinetic b-movie energy he's known for. Good combination, right? for a dystopian sci-fi epic based on a popular Japanese manga? Well, yes and no. It plays well initially, keeps you interested and then confuses. There are simply too many plot lines crammed in here. They're taken from three cyberpunk graphic novels by Yukito Kishiro and given too little explanation or even reason to be together in one movie. We're less involved as it goes along. 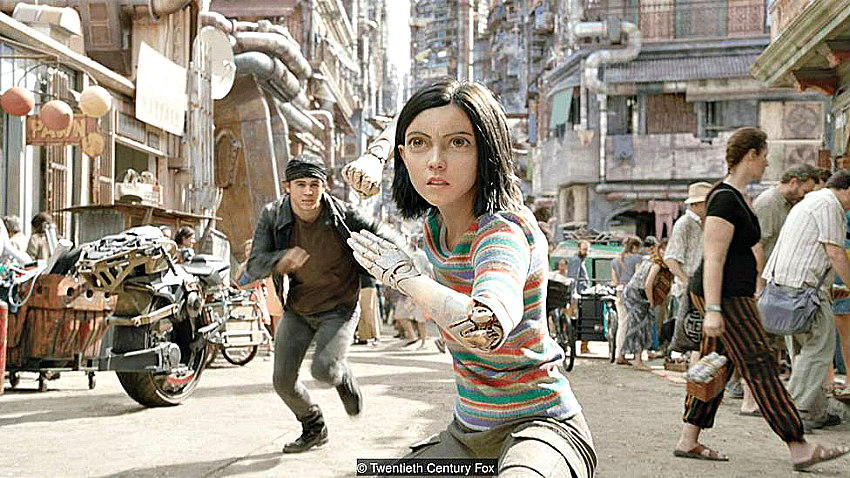 It takes place in 2563, some 300 years after an apocalyptic war. Iron City is still largely rubble and people scavenge for old robot parts among the rocks. Alita is part machine, part human, re-constructed by a kindly doctor (or is he?) played by Christoph Waltz. She's played by Rosa Salazar but given a cyborg look through computer animation. She's consumed with trying to figure out exactly what she is, a plot line that's not followed fully enough. She does have tremendous fighting ability, due to something in her past, but what does she, or at least the script, do with it? Take her into a violent sport called "motorball." Mahershala Ali, as the sport's boss wants her dead. His associate (Jennifer Connelly) who also happens to be the doctor’s ex-wife, is around as a malevolent presence. There are some nifty battle scenes and a tense sequence as Alita and a young man she’s become friendly with try to climb up to a mysterious city floating in the sky. It stays a mystery though. That’s typical of this film. Entertaining much of the way but unable to make the most of its possibilities. (5th Avenue, Scotia Bank, Marine Gateway and many suburban theatres) 3 out of 5

ARCTIC: We hear about real stories of survival often enough that we don’t need any indication that this one really happened. It just feels absolutely authentic. The cinematography captures the bleak cold of the wide open landscape and Mads Mikkelsen makes us believe in the ordeal he’s going through by using only his face and body. If movies are supposed to show not tell, this is a stirling example. There’s almost no word spoken. The only other person in it is in a coma. But you are intensely engaged in the story. 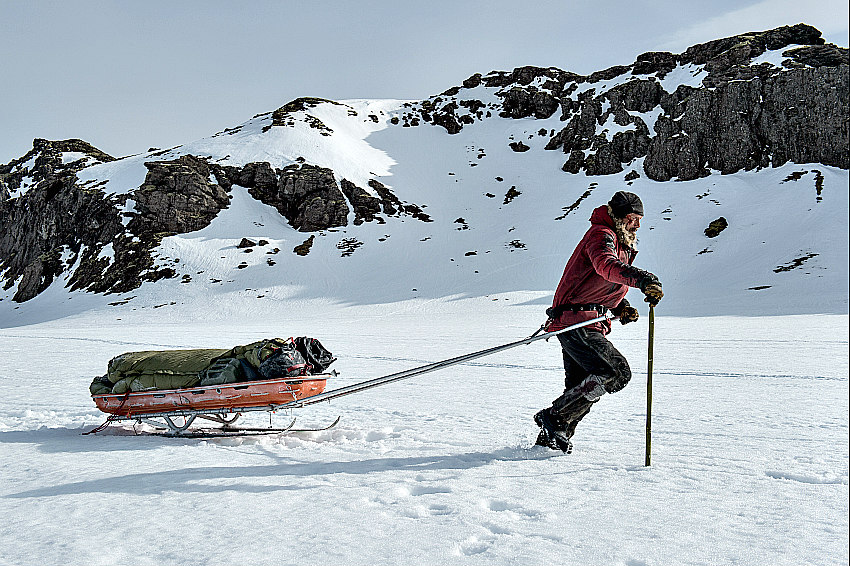 There’s not much too it. Mads plays a survivor of a plane crash. He carves SOS into the snow, ice fishes for food, chases off a polar bear with a flare and tries to call for help with a hand-cranked signal device. The helicopter that shows up crashes too and he now feels obliged to help a woman passenger who’s injured and out cold. This is cinematic minimalism and yet you follow every bit of what the survivor does as if you’re part of it. After a while the material does start feeling thin but it manages to revive an air of urgency before it ends. It’s a smart film by a first-time director, Joe Penna, who sharpened his visual skills in a series of YouTube videos. Survival, plain and simple, is his subject here. (5th Avenue) 3 ½ out of 5