A few VIFF picks for the weekend, including Le Week-End 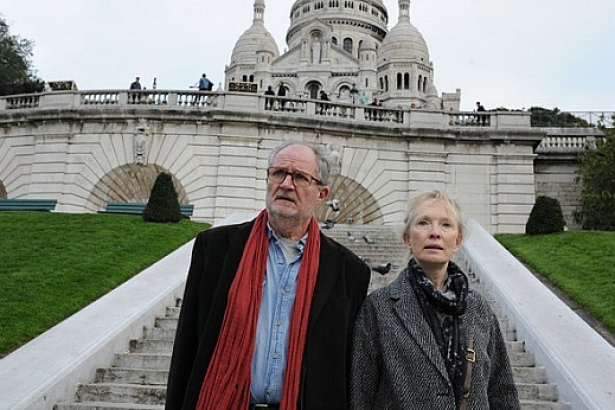 You’ve got many good titles to choose from this weekend at the Vancouver International Film Festival.

Saturday night for instance, it’ll be emotional both on the screen and off when Ben Ratner debuts his homage to his friend, the late Babz Chula. Down River is inspired by her and stars Helen Shaver. Many other friends will be in the audience.

I’ve been hearing great things about The Great Passage, Japan’s submission to the Oscars. It’s said to be very funny about a man writing a dictionary and looking for love.

Two other Asian films are highly touted: A Touch of Sin is a story about the real modern China with gangsters, corruption and desperate workers and Blind Detective stars Hong Kong superstar Andy Lau in a wild comedy thriller.

On the documentary side there’s Kill Team, an Afghanistan horror story with the U.S. army  and The Story of Children and Film which traces how kids have been depicted in the movies from the beginning to now. Lots of great clips, I’m told.

LE WEEK-END:  The director of Venus and Notting Hill (Roger Michell) and the writer of My Beautiful Laundrette (Hanif Kureishi) have created another smart comedy with serious undertones. And two fine English actors and a superior American one make it come alive. Jim Broadbent and Lindsay Duncan play a couple who’ve been married 30 years and go to Paris on their anniversary. They are comfortable with each other, bantering and needling amiably, but find their cozy bond tested. 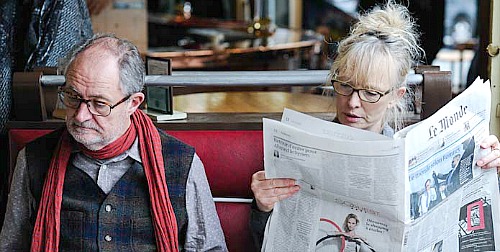 The hotel isn’t right, merely ”tarted up” a bit since they honeymooned there. Another one is perfect, they can see the Eiffel Tower from the balcony, but is immensely expensive. She insists though; he goes along with it to keep her happy. He’s also a bit sheepish because he’s just been asked to take early retirement from a teaching job. A chance meeting with an old colleague (Jeff Goldblum, oozing success) gives him a stiff reminder of what he’s failed to achieve. Jeff fawns over him though and invites the couple to a dinner party of artists and intellectuals. After that, their banterings become squabbles; even threaten their union. The dialogue is bristling and resonates for anyone who’s been in a long relationship. It’s also at times very funny but never mocks its characters. This film is a good entry in a new trend: stories about mature people, seniors even, and their love lives. (playing Friday and Sunday)

VIC AND FLO SAW A BEAR: Actually they didn’t. A fox maybe but that’s one of the attractions of this film; it’s strange and unconventional as well as deeply emotional. Two women ex-cons, lovers while in prison, retreat to a country house hoping to find serenity. Not a chance. Victoria (Pierrette Robitaille) says she’s there to care for her dying uncle. Relatives and locals allege she’s only after his money and his house. Florence (Romane Bohringer) has got people looking for her and they want to hurt her, for what we don’t know. 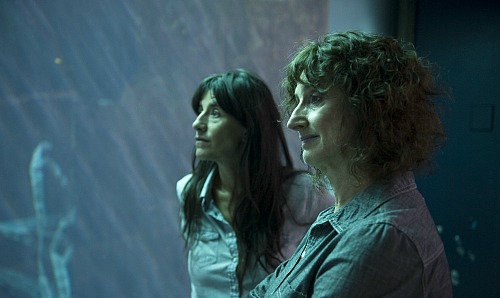 Meanwhile, until the story turns dark, it’s the relationship between the two women that’s central. Vic says she hates people but is scared of losing Flo, who likes getting out to party. With men too. “It’s like death out here,” she says. They’re sharply defined characters. They talk and argue and show the sad side of their situation; they’re marginalized women, not young, alone but for each other, trapped by what they’ve made of their life. The film takes that idea to a sudden and shocking point. Very good performances by the two women and Denis Côté’s terse script and direction make us care. Every year I find one Quebec film at VIFF that is special. So far, this is it. (Sat. and Mon.)