VIFF picks for Monday and Tuesday 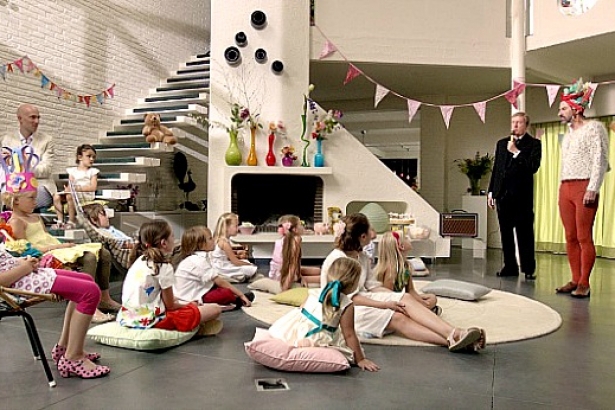 The Vancouver International Film Festival is well under way and, according to one source, doing better than last year, financially. I’ve seen it myself. I’ve been in several packed or even sold-out houses.

One of the films playing today, Leap 4 Your Life, has been voted the most anticipated BC title by over 10,000 voters in an online contest. I don’t know how that’s possible since it hasn’t been seen yet.

The vote is part a new BC Spotlight feature at VIFF. A title I suggest for tomorrow, Lawrence & Holloman came 2nd and a Wednesday recommendation, Salmon Confidential came 3rd.

Matterhorn, Burning Bush, A Gun In Each Hand and Lawrence & Holloman

MATTERHORN:  I can’t imagine humor any dryer than this. Consider also the generous doses of absurdity in this film within an overriding humanity and you’re in for a treat. People at a Dutch festival thought so; they gave it the audience award at Rotterdam. Perhaps they responded to the naïve playfulness or the gentle humor, a bit like a cartoon. Whatever, this is easy-going and entertaining. 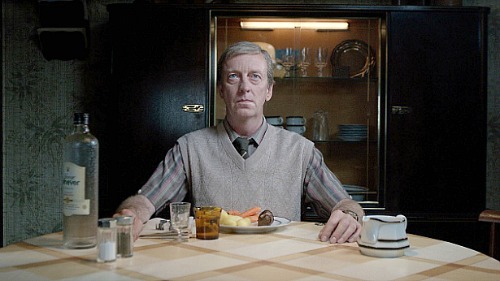 Diederik Ebbinge, a well-known comedian, wrote and directed this story of a stiff bureaucrat type completely tied into routine. He won’t even start saying grace at his meal until the second hand hits the top of the clock at exactly six. One day he sees a drifter asking for money of a neighbor, intercedes because the man had asked him the day before, invites him in for a lecture and tries to communicate with him. “Yeah,” is all the guy ever says. He’s clearly not right in the head. The local church folks are suspicious; a kid shouts “homo” but, in a prime example of absurd, the two are hired to entertain at a birthday party for kids. There’s also a sad backstory that comes out but the film ends with a rousing support for tolerance. (Monday evening)

BURNING BUSH:  A tense, tightly wound film that Agnieszka Holland made for HBO in Europe has a new life at festivals and as the official Czech submission to the Academy Awards. Holland, who is Polish and now teaches in New York, made this in Prague as a three-part series to mark the sacrifice of one student who opposed the Communists. 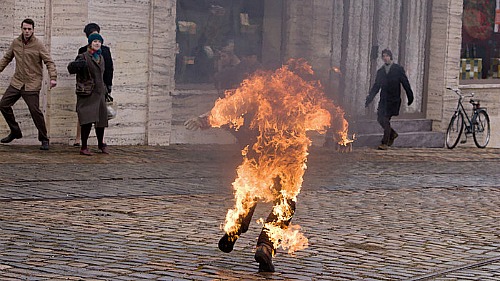 In 1969, he set himself on fire in Wenceslas Square to protest the so-called “normalization” that followed the invasion by Warsaw Pact troops.  That put an end to Alexander Dubček’s liberalization but the film, showing in three 80-minute sections with intermissions between, demonstrates how the student re-ignited the freedom movement. Protesters are pitted against  secret police while the main story threat leads to a libel trial. A politician attacked the student’s motives; his family started a legal action and a future justice minister, Dagmar Burešová, played by Tatiana Pauhofová, argued the case for them. There’s an emotional climax to a finely-detailed film. (Today and Sun. Oct 6)

A GUN IN EACH HAND: Not a real one though. Metaphorical only. A woman tells a man coming on to her that’s she’s not desperate and adds this zinger: “You men go around with a gun in each hand.” It’s of such dialogue that this Spanish film is constructed. It explores the situation of men today through five stories that ultimately, and cleverly, are shown to be linked. 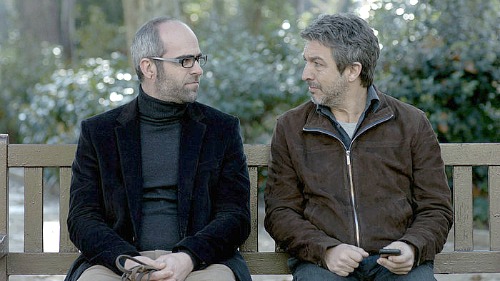 Some of Spain’s best actors, including Javier Cámara, Eduardo Noriega, Candela Peña and Jordi Mollà, and the great Ricardo Darín from Argentina, talk us through these stories. Two men who were friends 10 years ago, compare their lives. A man asks his ex to take him back. An office woman resists with a cruel trick when a boss hits on her. Most memorably, Ricardo Darin meets a friend in the park while he’s watching his apartment because he doesn’t trust his wife.  The entire film is dialogue but since it’s bright, snappy, critical, ironic, regretful and funny at various times, it’s a delight. (Tues., Thurs. and Oct 11)