Doing it like Elton John, looking for justice in Canada, defying convention in Bollywood 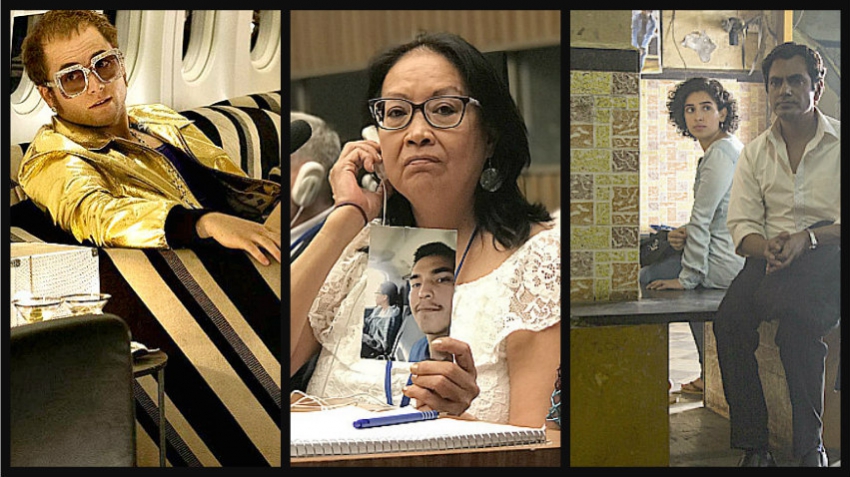 Also Denys Arcand’s rant about the evils of money, a compassionate court dealing with sex trade workers and a series coming soon to showcase a celebrated woman filmmaker from France

The real cineastes among you might well think ahead a few days to make time for a special series opening at the Cinematheque on Thursday. It features eight films by one of the most acclaimed film auteurs working today. Claire Denis is from France but with a background in colonial Africa. Her films reflect both.  Her most famous work, Beau travail won’t be there and her latest, High Life, will be but not until July. The films playing range from warm (35 Rhums) to angry (White Material) and dark (Bastards). Let the Sunshine In was on many best lists for 2018. The series runs three weeks and most of these films play two times each. You can read more at http://www.thecinematheque.ca/

And about the new films in town, here.

The Fall of the American Empire: 2 ½

Godzilla: King of the Monsters: --

ROCKETMAN: Enough with the Bohemian Rhapsody comparisons, somebody wrote. I can’t avoid them though. There are too many parallels between that musical bio about Freddie Mercury and this one about Elton John. The most obvious: both are about gay English rock stars who made it big worldwide. There are huge concert sequences and candid peeks into the music business.The same director, Dexter Fletcher, did both films, though only in-part for the earlier one. Both singers had sexual affairs with the same manager. How could you not see the films side by side? By that process, this one comes out a little lesser. It’s got loads of showmanship, production numbers that feel inspired by rock videos and elaborate scenes of pure fantasy, but it doesn’t have as much soul. 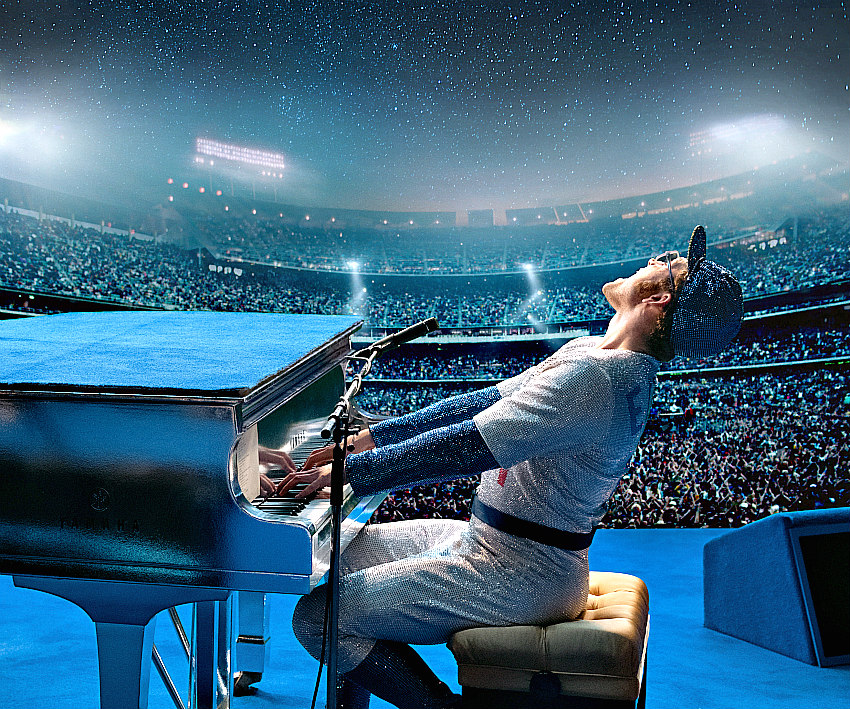 Taron Egerton does a credible job acting as him and singing his songs but the torturous turns in Elton’s life feel just a little too trite. He’s got a remote dad, a shrill mum (Bryce Dallas Howard) and a condescending other man loving her before and after her divorce. Elton is a child prodigy who can play a complicated piano piece after a single hearing and later compose a memorable tune while taking only a first read of lyrics written by Bernie Taupin (Jamie Bell). Fame and money came fast and drugs, booze and sex addiction grabbed hold. He tells it all through flashbacks from a therapy group. It’s an authorized tell-all; he and his husband, David Furnish, helped produce it. His homosexuality isn’t downplayed; we get hissy fits, a suicide attempt and apologies. But we don’t feel like we’re ever very close to the real him. Curiously the film claims that a desperate search for love drove him, but stops short of him finding Furnish. Go for the life story it does give you and the music, costumes and spectacle. (Scotiabank, 5th Avenue, Marine Gateway and suburban theatres everywhere) 3 out of 5

WE WILL STAND UP nîpawistamâsowin: It’s a good time for this rigorous documentary to come back. It played twice at the DOXA festival, was awarded Best Canadian Feature Documentary at Hot Docs in Toronto and has connections to a couple of recent news stories. Most importantly it gives us information we should be much more aware of. For instance, that white and indigenous relations on the Prairies were not as peaceful as we’ve been taught. Just last week Prime Minister Justin Trudeau pardoned a chief from an 1885 battle in Saskatchewan. Tasha Hubbard’s film recalls a lot of history like that to show the background and depth of feeling aroused by her subject. 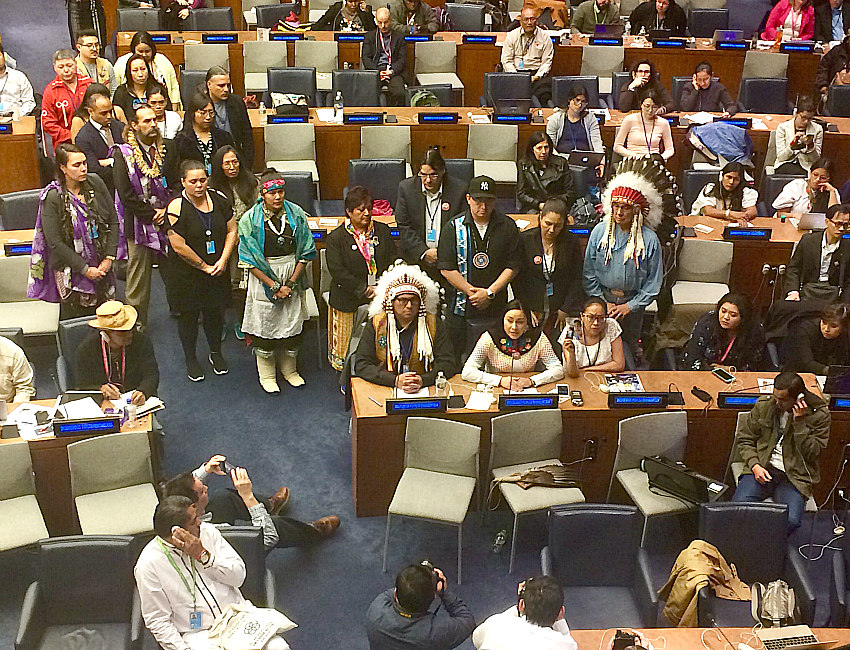 Three years ago, Colten Boushie, a young Cree man in Saskatchewan, was shot dead by farmer Gerald Stanley, who claimed self-defense and was declared not-guilty by an all-white jury. Boushie’s family went on a campaign for justice. They got as far the United Nations and before that Ottawa where they met with Jane Philpott and Jody Wilson-Raybould, now independents  but still in cabinet at the time, and their then boss Justin Trudeau. They were offered a small change in legal procedure, which I read in the Globe hasn’t been enacted yet. That fits right in with the shameful history Tasha Hubbard outlines. Her film is stark, detailed, critical and very emotional. (VanCity Theatre) 4 ½ out of 5

BLOWIN’ UP:  New York of all places, the borough of Queens, has an innovative way of dealing with prostitutes. Instead of flinging the law at them, as politicians like to do at election time, a court acknowledges why these women are in the sex trade in the first place (often because of poverty or people smugglers) and tries to help them get back out. Blowin’ Up is jargon for breaking free of a pimp.  “We don’t think that you’re a criminal,” judge Toko Serita tells a woman appearing before her at the Human Trafficking Intervention Court. She offers three choices: fight the charge, plead guilty to a lesser charge to avoid a criminal record or attend counseling sessions and the charge can be dropped. 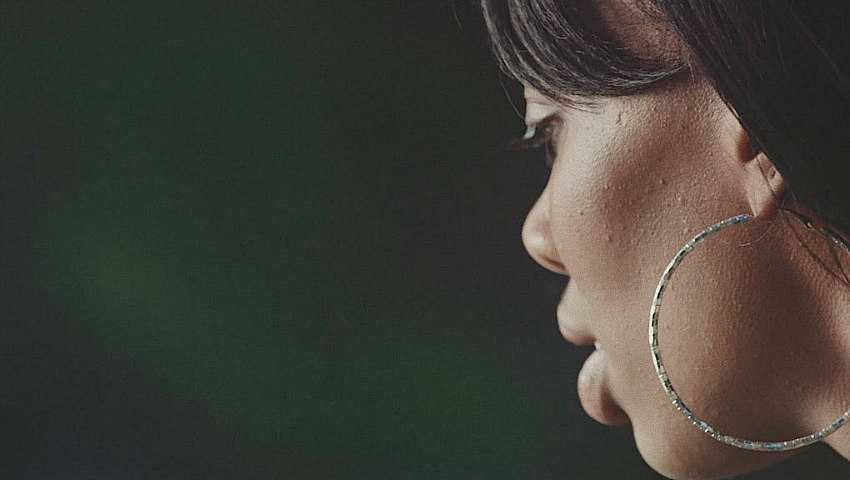