A dog lover’s cinematic delight, Spielberg’s dip back into the 1980s and another expose of a financial racket 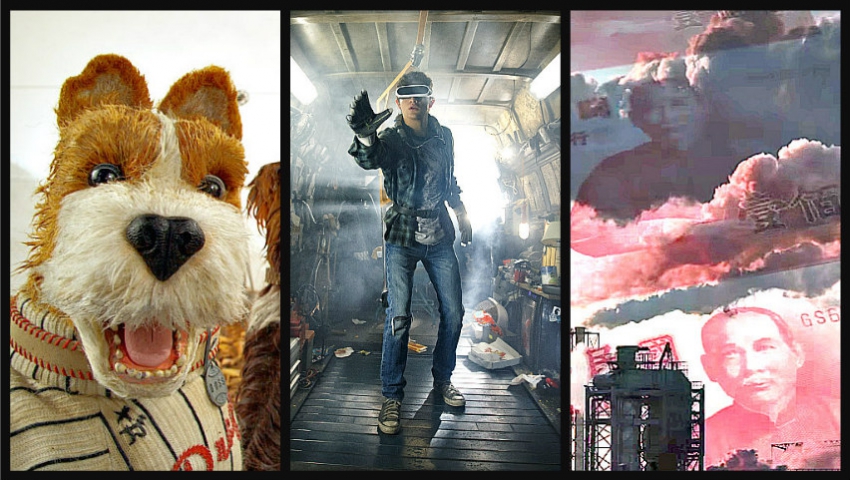 Also the emotional life story of a BC slam poet, and three new films from France (one about the country our peacekeepers are going to)

Isle of Dogs is my lead film this week for very good reasons but here’s something else you should know about it. One of the people who made it is coming to town and giving workshops about what he does. Jay Clarke, from England, was the lead storyboard artist on the film. He worked on the early drawings and right on to the end of production. He talks philosophy as well as craft and got high praise for it in a recent article in The Hollywood Reporter.

The workshops are being held on April 12 and 13 at the Annex, the theatre on Seymour connected to the Orpheum. The cost is $28. There’s more information at viff.org. Search by date.

ISLE OF DOGS: Here’s a super treat for both dog lovers and fans of Wes Anderson’s movies. Two significant constituencies in our world. They get rewarded with a neat fable in support of their favorite pets delivered in the same bone dry wit and laconic tempo we’ve seen in other Anderson films like The Grand Budapest Hotel and Fantastic Mr. Fox. This one is just as clever and entertaining. Even the title has a double purpose. Sound it out.

In a fictional city in Japan, the mayor expels all the dogs because, he alleges, they carry a canine flu. He has them quarantined on an island filled with nothing but trash, starting with a sad-eyed mongrel named Spots. He, we later learn, was the beloved pet of the mayor’s nephew, a 12-year-old boy who arrives piloting his own plane to find him. Five dogs join the search.

There’s a gentle absurdity spinning out as we meet these animals. Chief, voiced by Brian Cranston, is a volatile stray (“I bite); Rex (Edward Norton) is a sensible leader, Bill Murray is Boss, a former baseball mascot, Bob Balaban’s King used to promote a doggy food  and Jeff Goldblum’s Duke has rumors to cite for every occasion. The cast list goes on and on: Scarlett Johansson, as a slinky showdog, Tilda Swinton, Greta Gerwig, Frances McDormand, co-writer Kunichi Nomura and even Yoko Ono, briefly. What they’re up to is dryly funny but with some serious ideas underneath. The treatment of animals sure, but also autocratic political leaders, official lying, stolen elections and fake news. It only looks like a children’s film. (5th Avenue and International Village) 4 ½ out of 5

READY PLAYER ONE: Remember the 80s? Even if you don’t, but especially if you do, here’s a razzle dazzle trip back to wallow in the cultural artifacts of the time. Sonic the Hedgehog, the DeLorean car from Back to the Future, even a glimpse of Chuckie are here, along with Rubik’s cubes, The Iron Giant, an extended homage to The Shining, and much more.  How Steven Spielberg has brought them all together makes for great fun, but not, curiously, a lot of involvement beyond that. The story, from a popular young adult novel, is drained of all that because we hardly connect with the characters in it. And bigger ideas that the story implies? Don’t look for them. A twist at the very end is a nod to them, but only a nod.