Anti-union laws and the Flint, Michigan water crisis resulted from it and that spurred Katie Fahey to post a message on Facebook that has led to a movement, two Supreme Court hearings (Brett Kavanaugh, key in the second) and court action on the state level. The aim is to have an independent commission, not the party in power, re-draw the voting maps. It’s particularly relevant right now because that’s done after every census. Wednesday this week was census day. The film isn’t completely balanced. It has a point of view, but it is fair and super informative.  (Available for rent at Apple TV iTunes)  4 out of 5

NEVER RARELY SOMETIMES ALWAYS: Abortion is the subject but this film is much wider than that. Women’s rights. A girl feeling misunderstood. Sometimes abused. Searching for help. They all emerge and peak with almost harrowing intensity as a 17-year-old small town Pennsylvania girl discovers she is pregnant and tries to do something about it. The film runs with almost documentary precision through the whole process. There’s her first retching in the bathroom, her try at inducing a miscarriage, getting no help, only a pro-life video, at the local women’s centre and then taking a bus ride to New York. 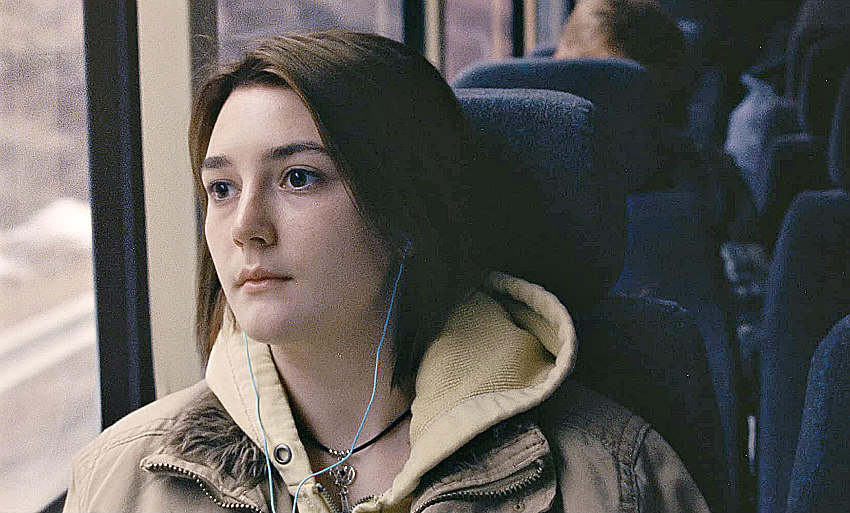 Her name is Autumn; she’s played with absolute credibility by Sidney Flanigan. Her cousin and co-worker at the supermarket (Talia Ryder) goes along with her for support and also attracts the attention of a young man (Théodore Pellerin) who may or may not be helpful. The film keeps us on edge about everything, especially at the abortion clinic where Autumn undergoes a two-part procedure. Before that, there are questions about her sexual history. The title has all the possible answers for each. There’s the cost to talk about. She doesn’t have the money for it or even a place to sleep between appointments. We’re right there for the prep and then the operation. Nothing graphic but chilling anyway. Director Eliza Hittman has created a powerful, non-judgmental film and drawn amazing performances out of her actors to depict a very real and urgent situation. She’s won awards both at Sundance and in Berlin for it. (Video on demand services) 4 ½ out of 5

JAMES VS HIS FUTURE SELF: This too is a friendly, undemanding comedy but with an extra: some added thoughts about time travel. It’s not worth it; you’ll be stuck in time and that’s boring. “You don’t want that life” a young theoretical physicist on the verge of a breakthrough (Jonas Chernick) hears from his own self (Daniel Stern) who has come back from the future to warn against pursuing his “super-dooper important science stuff.” Don’t miss the time you’re living in; learn to live in the moment, he’s told. Tell your girlfriend (Cleopatra Coleman) how you feel about her. Don’t let her go off alone to a job in Europe.

Time travel is a double metaphor here: about regretting your oversights and not committing to the people you should be close to. In part it’s a romantic comedy and generally combines well, though artificially, with the science story. The dialogue is sprightly, even when it invokes Schrödinger's cat and the uncertainty principle. There’s a sweet chemistry between Chernick and Coleman and Stern is spirited as the man from the future. You have to put up with a couple of penis jokes, though. It was filmed in Sudbury. (Available VOD and on iTunes, Bell and Shaw and soon Telus). 2 ½ out of 5

PHOENIX, OREGON: Here’s a likeable but minor comedy that might fit the times; it’s a diversion that doesn’t demand too much from you and also doesn’t add any more anxiety. And one more thing: if you can’t go into restaurants these days you can watch this story from inside one.

James Le Gros and Jesse Borrego are buddies (Bobby and Carlos) who work in a declining but still pretentious eatery run by a skinflint boss (Dietrich Bader). When the owner won’t even buy good olive oil anymore and skims from the tip jar, they go out on their own. They revive a shutdown bowling alley where Carlos makes specialty pizza and Bobby recalls the day -years before- when he bowled a perfect game. He’s now moping over losing his mother and his ex-wife and trying to express his feelings into a graphic novel. The film hinges on destiny. He’s trapped by it. Carlos says fight it and do something. There are nutty characters around, a distracting love story (with Lisa Edelstein) and setbacks and twists. An easy way to spend some time. (VanCity Theatre streaming at https://viff.org) 2 ½ out of 5

VANCITY now has two more films streaming. CORPUS CHRISTI, one of my favorites from recent months and an Oscar nominee, is from Poland about an ex-con pretending to be a priest and L’INNOCENTE is the last film from the Italian master Luchino Visconti and according to Leonard Maltin, one of his best. A noble woman gets back at her cheating husband.