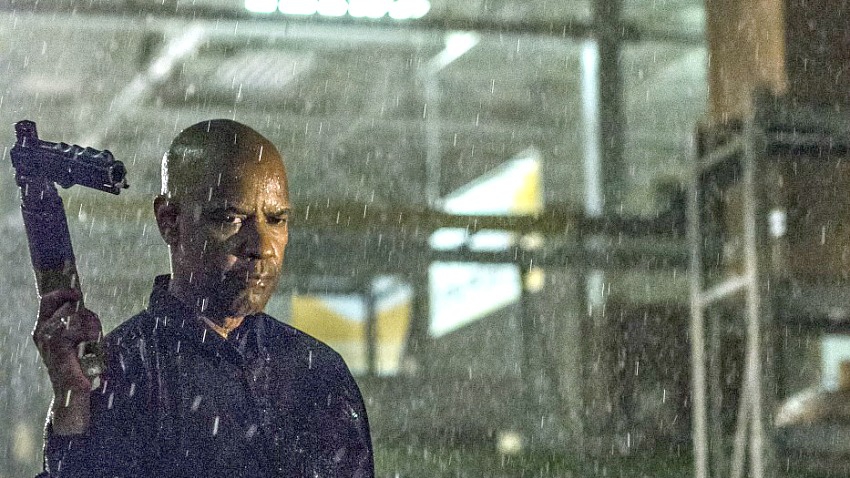 New but not reviewed:

Hector and the Search For Happiness --

THE EQUALIZER: You can learn a lot from movies like this. That a garden hose and some carbon monoxide make a great persuader. That two corkscrews can do a lot of damage to the human body. Or how to choose your next weapon between an electric drill or a weed whacker. I wouldn’t have thought Denzel Washington would need a film like this. It’s Charles Bronson territory. Today’s Liam Neeson occupies it too. But here’s the double Academy Award winner re-united with Antoine Fuqua who directed him to one of those statues 12 years ago in a film that lets the violence loose. Mind you it’s ultra-stylish and always for a good cause. 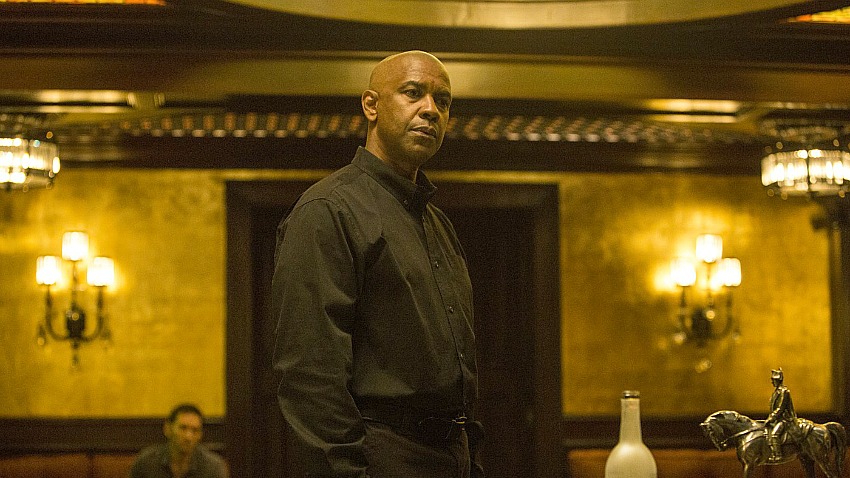 Washington picks up the role of a former secret agent from the TV series that ran for four years back in the 1980s. Now set in Boston, not New York, he’s trying to live a quiet life, advises his co-workers at a home improvement warehouse on healthy eating and tells a young hooker (Chloë Grace Moretz) at the diner he frequents about the books he reads. Don Quixote is about “a man who wants to be a knight, even though he lives in a time when there are no knights.” Aha. The film has literary ambitions. And right on cue, after probably a half an hour of character development, things happen. The girl is beaten up, lands in hospital and our “knight” goes after the Russian pimps responsible. 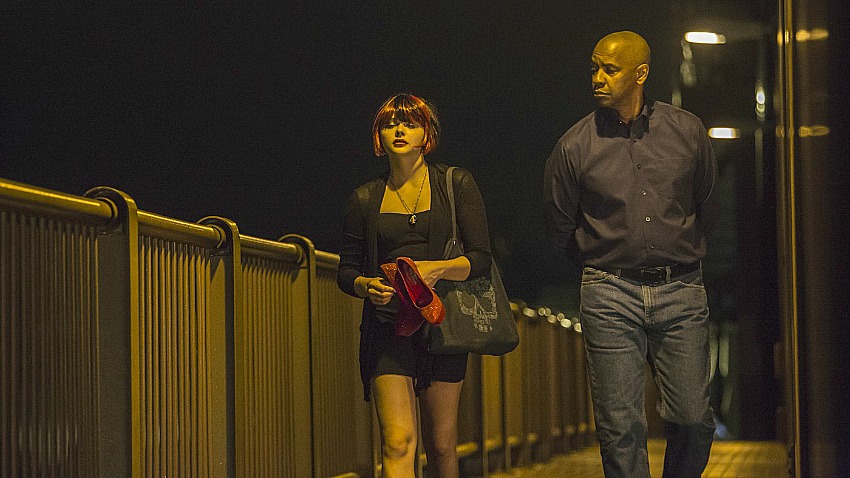 Washington manages to keep us aware of the good that drives him as he wreaks the ultra-violence. The camera swoops and dives to give it to us in fluid images that dazzle but are also a bit lulling. The effect is almost like visual music. It’s fun to watch but also unconnected to any reality. (Scotiabank and suburban theatres) 3 out of 5

THE SKELETON TWINS: Kristen Wiig and Bill Hader (both ex of SNL) have drawn strong reviews for their acting in this Sundance award winner (for its screenplay). They’re siblings who live a continent apart, stop short of suicide on the same day and dig up painful emotions and secrets when they reunite. Not surprisingly, they bring a fair amount of humor too. (5th Avenue)

THE BOXTROLLS: A third animated feature from Laika Studios in Oregon. The sublime Coraline was their first. This one, based  on the children’s book “Here Be Monsters,” is getting far weaker reviews. It has an orphaned boy and the trash collectors who raised him threatened by an evil exterminator. Class and status is the main theme. Also in 3-D. (International Village and suburban theatres)

HECTOR AND THE SEARCH FOR HAPPINESS: Unhappy with his life, a psychiatrist (Simon Pegg) travels the world (part of which is played by Vancouver) to find the receipe for staying happy. It's from a book by a French psychiatrist and has defenders ("Charming, Funny, Delightful and Moving.” – Scott Mantz, Access Hollywood) and critics ("Codswallop"--Norman Wilner, NOW) (International Village and suburban theatres)

PRIDE: This one is getting very good reviews. It’s a British comedy about a miner’s strike back in 1984 that saw the unlikely alliance of workers and gay activists. Unlikely because this was Margaret Thatcher’s time. It’s described as a feel-good dramedy celebrating diversity. Bill Nighy, Imelda Staunton and Dominic West are the best-known names in the cast.  (5th Avenue)