Denzel and The Magnificent 7, great fun with Storks and Antonio’s science scrap in Altamira

The old storks-bring-babies myth is gone. They now deliver packages for an on-line merchandiser called Cornerstore.com. The boss (Kelsey Grammer) keeps an eye on the profit chart and orders his protege,  Junior (Andy Samberg) to fire the one human employee they have. Tulip was the last baby produced there, back when they did that, but never delivered to her family. Junior hides her in the mailroom instead where she receives a boy’s request for a baby brother and reactivates the baby machine. Now, before the boss or his toady of a snitch notice, they have to rush it to the right family (which includes Jennifer Aniston as a mother too busy with her career). The trip takes them to the Arctic, into a den of wolves, under the ocean, among shipping containers on a dock and in an inspired bit of absurdity a massive trade show called Storkcon.  “Think inside the box,” it says. This film does and it’s great fun. (International Village, Marine Gateway and suburban theatres).  4  out of 5

FINDING ALTAMIRA: The story is fascinating, the presentation isn’t. So watch it for information only. It’s probably all new to you. Altamira is the cave in northern Spain where the first cave paintings by ancient people were found. A nasty scientific dispute developed over them and, according to this film, a religious one too. Antonio Banderas plays the landowner, father and amateur archeologist at the centre. 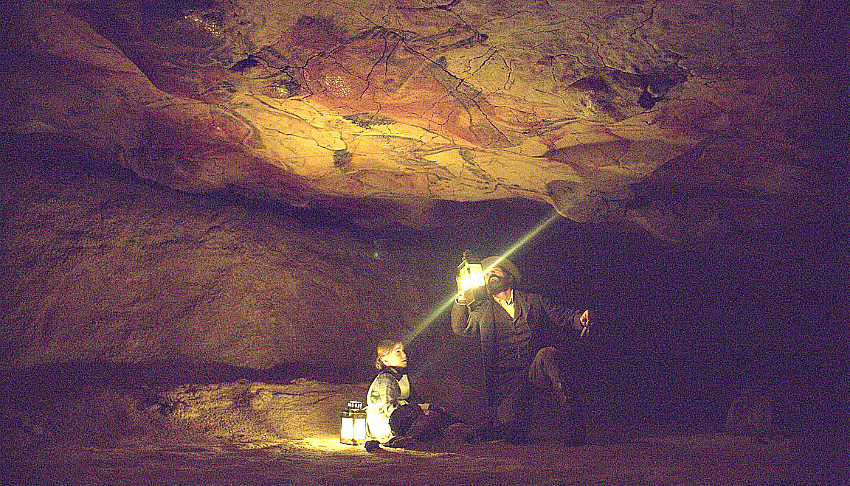 His reputation plummets and his family almost splits as the controversy builds. Banderas is good in the role.  Some of the other actors, including Allegra Allen as his young daughter, are weak or too mannered and the blame may be on Hugh Hudson’s directing. It’s a long time since his Chariots of Fire and though he was still able to create the look of a past era, he’s made a film that plays like a history pageant. The paintings discovered in the 1870s showed animals long extinct, which challenged the Church’s timeline regarding Genesis in the Bible and its stance on evolution.  Rupert Everett plays a disapproving and scheming monsignor. Archeologists thought the artwork was more sophisticated than what the “primitives” were capable of. One denounced them as forgeries. High drama but so riddled with clichés in the staging that the final result is unexciting. (Park Theatre) 2 ½ out of 5

THE DRESSMAKER: This would be a fine melodrama with a compelling story if someone had seen that the attempts at inserting comedy don’t work. It could have been the director, Jocelyn Moorhouse, or her lead actor Kate Winslet.  Either probably has enough pull to demand changes. Anybody could see the need the first time Hugo Weaving, as a small town cop, puts on women’s clothes and practically swoons. That has nothing to do with the main story, a woman back in the small Australian burg where she lived as a child tries to find out if she really is a murderer. She also wants to do some payback to the people who said she was. She herself doesn’t remember what happened. A story flaw, I say. 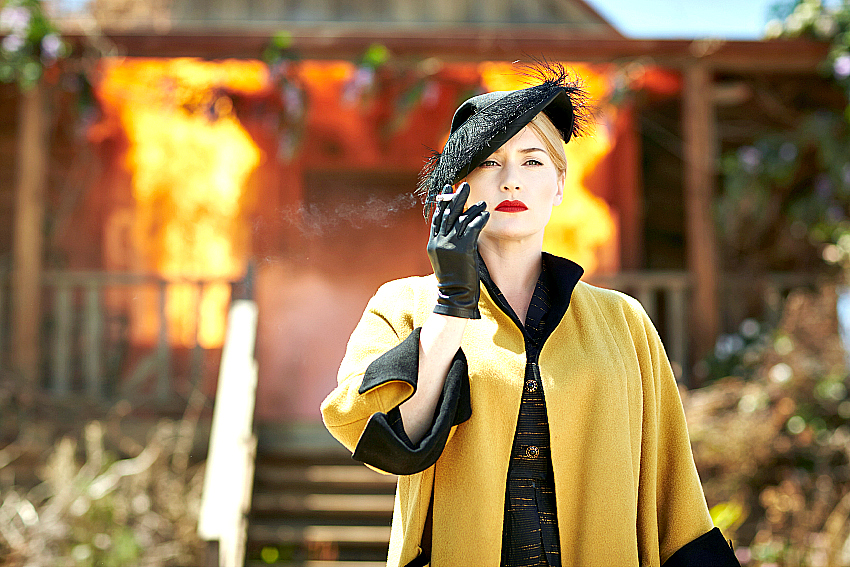 Winslet is tough in the role. She’s been to the capitals of Europe, learned high couture and is bringing it home to the suddenly enraptured women in her home town. I take it Rosalie Ham, who wrote the novel, thought that was a neat way to mock small town attitudes. Maybe on the page, not on the screen, when you can see the women in these dresses. They look far out of place. Winslet follows a complex trail, and occasional flashbacks, to find what really happened. It’s like a detective story with a lurid series of revelations. Liam Hemsworth plays a hot love interest (hear the drooling when he takes his shirt off) and Judy Davis plays Kate’s mom. She’s dotty and that spins out more superfluous comedy. (5th Avenue) 2 out of 5