Denzel and The Magnificent 7, great fun with Storks and Antonio’s science scrap in Altamira 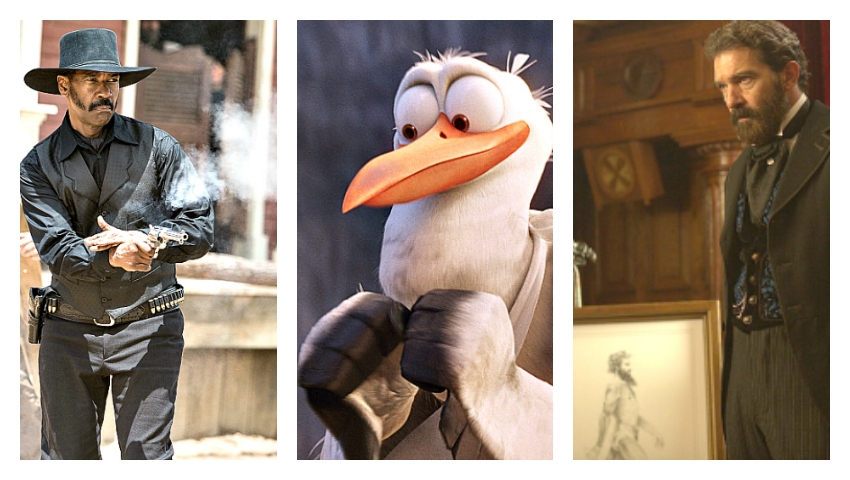 Also a disappointing revenge quest by Kate Winslet as The Dressmaker

Only four new films to write about this week but watch this space on Wednesday.  I’ll have my first recommendations for VIFF, the Vancouver International Film Festival. I’ll even have seen The Birth of a Nation by that time. It must be selling its one showing pretty fast. There’s a red dot beside it on the ticket page on the viff.org website.

Meanwhile, these are new:

THE MAGNIFICENT SEVEN: True, they didn’t re-invent the western and took some critical lumps for it in Toronto. But they showed they can still make ‘em like they used to and fans can have fun here. Keep the carping about what’s wrong for later. This one has the look, the dust-on the street feel and the action. Too much, actually. Drawn out too far and too long. There’s so much gunplay in the big-battle finale that I heard one wag quip: “Brought to you by the NRA.” The beloved 1960 film, of which this is a re-make, didn’t have half as much. But it had characters you could attach your sympathies to and it’s in the National Film Registry in the U.S. This one is relatively ordinary. 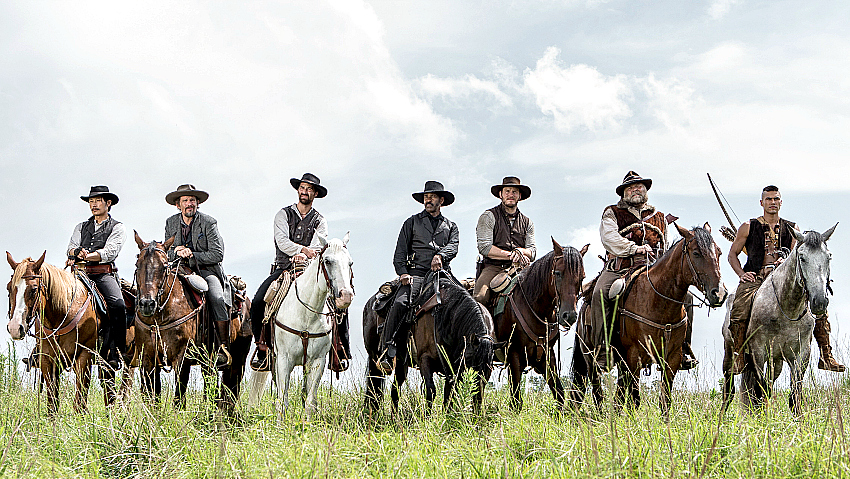 Denzel Washington leads Chris Pratt, Ethan Hawke and four others as a troupe of reluctant do-gooders. They’re not fighting bandits in Mexico this time, but an army of thugs, crooked cops and mercenaries  working for a mining promoter (Peter Sarsgaard) who wants to drive a bunch of farmers off their land. Just about every oater back in the 1930s had a similar plotline. It’s timely again and Sarsgaard even gets a speech to assert that in the U.S. democracy has always been a synonym for capitalism. People will remember what he built, he claims, not the people he moved out of the way. His men set the church on fire while they’re at it, a typical case of overdoing things in this film by Antoine Fuqua. 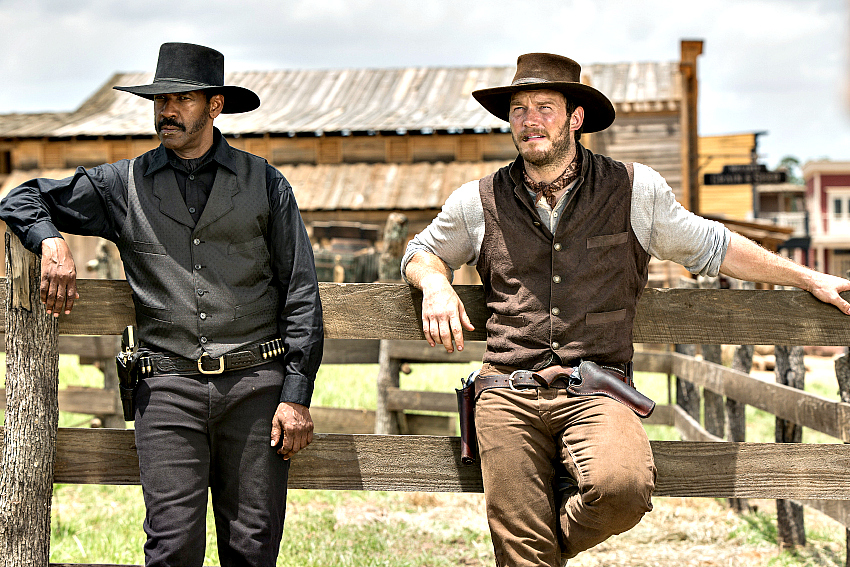 The biggest problem is few characters make much of an impression. Denzel’s leader is imposing but something of a cipher whose status of a semi-official lawman isn’t explored. Hawke is a civil war vet with unexplained anxieties. Several are types, Indian, Mexican, Korean, burly mountain man, to make the group diverse but we don’t get to know them. Chris Pratt as a card-trick con man is the most memorable because of his cynical sense of humor. (“Oh, look. We’ve got a Mexican”.) Haley Bennett is a typical new widow who appeals to the unruly bunch to come help. So, not much new. And sadly, that iconic theme music is now reduced to very little. (Scotiabank, Marine Gateway, and suburban theatres) 3 out of 5

STORKS: Another very entertaining animated movie. There have been several already this year and like the best of them, it plays well to both adults and kids. There’s Robert Clampett-like action, i.e. frantic. There’s a sneering look at business types. There’s a heartfelt celebration of family but unlike most such  films it brings flashes of family annoyances too. Best of all there are jokes and funny bits for everybody. The creators are veterans of Pixar or films like The Lego Movie, and Nicholas Stoller, the co-director, is known for live-action comedies. Of note for us, 90% of the animation was done here in Vancouver. It sparkles.