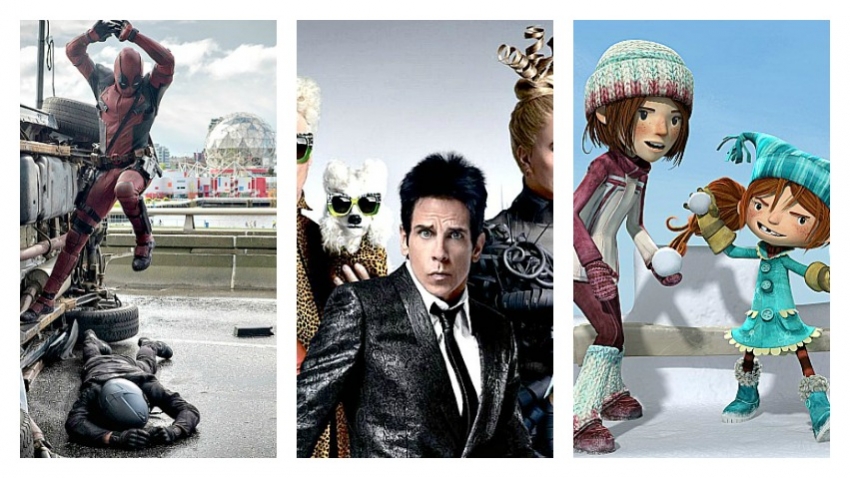 And note the extreme sports, some of them brand new, and the environmental issues on view at the Mountain Film Festival

Now we can see what Ryan Reynolds was doing up there when he got one of the viaducts closed to make his film Deadpool. It was worth the inconvenience. Zoolander’s return is not as welcome and Snowtime, though not as good as the original, is welcome.

How to be Single: not rated

DEADPOOL: Every once in a while they do one of these comic book movies right. This one takes nothing too seriously and, possibly inspired by Guardians of the Galaxy, amps up the comedy.  Mind you much of that humor is puerile, strong on cheekiness rather than wit, and as a further caution, I’d advise don’t take the kids. There’s nudity, foul language and lots of violence, most of it played for laughs. BC’s rating is 14A, which means you need an adult to take you in if you're not yet that age. But, despite those caveats, it is very entertaining. 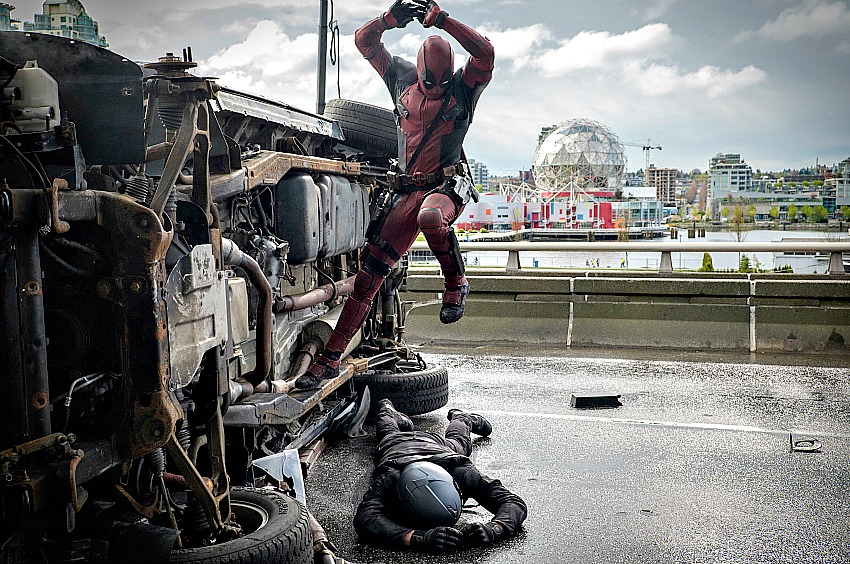 You might remember that this is the film that closed down one of the viaducts last April. What that created is a prolonged action sequence in which Deadpool fights off a wave of bad guys, a lot of gunfire, car crashes and a great car and SUV rollover. And all the while spouting a stream of wise-ass chatter, both in taunting his attackers and talking to us the audience. Ryan Reynolds has just the right smart-alecky tone doing that, often sounding like Jim Carrey, but, as we gradually learn, driven by a grim history. 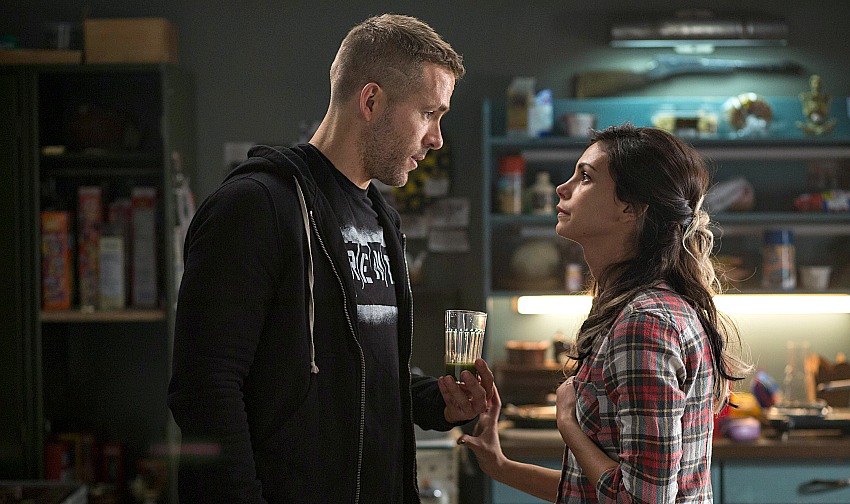 His romantic life (with a stripper named Vanessa, or “hot chick” as the opening credits have her) is upset when he’s offered a cancer cure administered by a “British villain” played by Ed Skrein. It’s more like a torture and he comes out of it with his face looking like a “topographic map of Utah” and a driving need for revenge.  Like Max Headroom, he takes his character name from a nearby sign and sets out. He’s a classic outsider and loner. He’s within the Marvel Comics universe, possibly a mutant like the X-Men, but he refuses to join them. His quest is hardly novel and some of the action scenes are hard to follow but the movie is boisterous and a crowd pleaser. It’s full of self-aware quips (“We didn’t have enough money to hire Samuel L. Jackson”) and arcane references (Ronnie Milsap?)  And what other film gives a special thanks in the end credits to both Gregor Robertson and Penny Ballem? (5th Avenue, Scotiabank and many suburban theatres) 3 ½ out of 5

ZOOLANDER 2: It’s been 15 years since Ben Stiller and Owen Wilson gave us their great spoof of the fashion industry. Stiller skewered pretensions and narcissism through his dim-witted male super model Derek Zoolander and his signature pose, blue steel. They’re back but there’s little to celebrate. The satire is gone, unless you count dragging real fashion icons like Tommy Hilfiger, Valentino, Anna Wintour and Marc Jacobs to a fictional ceremony calling for a human sacrifice. The satire is as leaden as that throughout. 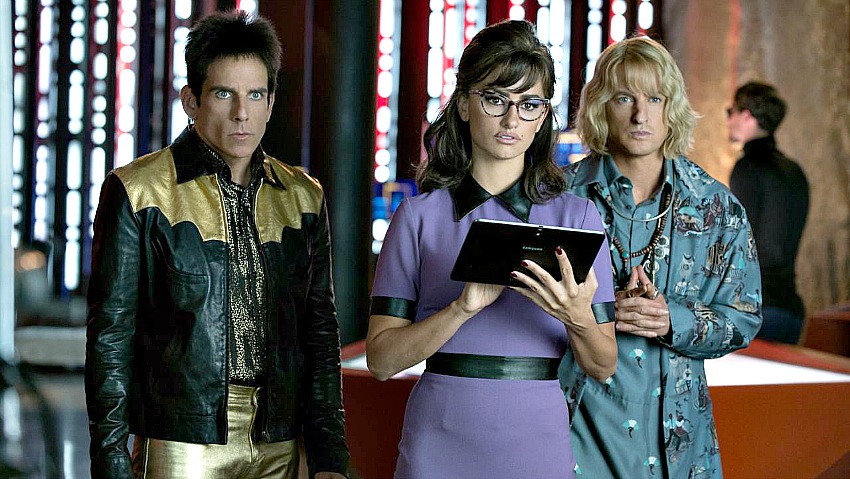 It’s more directed at celebrity culture as somebody is killing the beautiful people. Justin Bieber goes first, though not before firing off a final, and properly-chosen snapchat. Penelope Cruz, as an Interpol  agent, recruits Derek and his old colleague Hansel (Owen Wilson) to solve the mystery. Derek agrees because at the same time he can search for his kidnapped son. Everybody conveniently ends up in Rome, including their old nemesis (played by Will Farrell) and the climactic scenes are in the spooky ruins of a bathhouse, now a tourist attraction. The jokes come in a constant stream but many miss. The story is also hit and miss because it has to accommodate a huge number of cameo appearances, from news people like Jim Lehrer and Christiane Amanpour to entertainers like Katy Perry,  DJ Skrillex and Willie Nelson to models and other fashion types and even, notably, astrophysicist Neil DeGrasse Tyson. It’s fun to pick them out but also distracting and the scattering of jokes that do work don’t make up for the overall misfire. (Scotiabank and suburban theatres) 2 ½  out of 5

SNOWTIME: This one, from Quebec, was Canada’s highest grossing film last year.  Next month that achievement will be recognized by the Cineplex Theatre chain with its Golden Screen Award. The movie has just arrived here but you’ll have to go to Richmond, Langley or Mission to see it. Such is the economics of Canada’s movie industry.