Classics re-done in a Disney sequel, a literary history and a home-made copy of a blockbuster 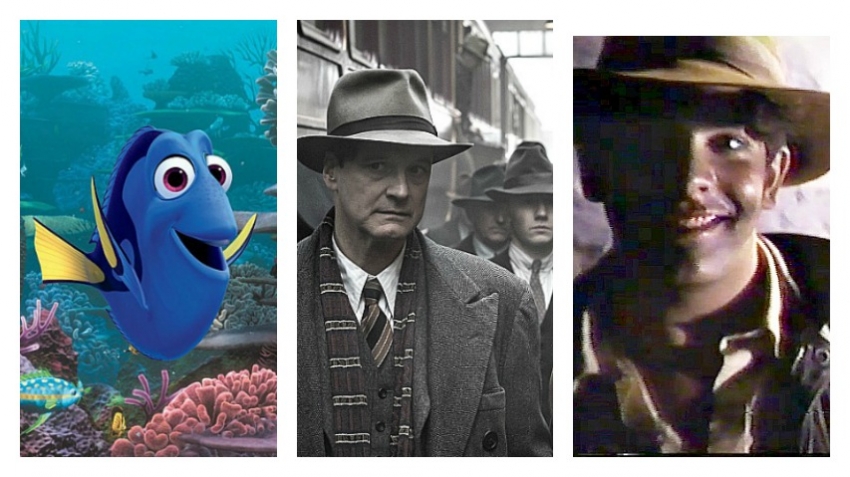 Finding Nemo was such a huge hit, and still is 13 years later, that a sequel was inevitable. It took a long time and is now sure to clean up at the box office. That’s the lead film this week. Beyond it you’ll find a happy stripper, a volatile author, a judge twisting the rules and a family that isn’t blending.

Raiders The Story of the Greatest Fan Film: 3

FINDING DORY:  Face it. You’re going to have to take the kids to this one. They loved Finding Nemo; probably saw it a dozen times, as has much of the world. It won an Oscar, was named one of the best animated films of all time by the American Film Institute and still ranks #7 on the money-making chart. So, how the sequel rates is pretty well secondary. However, for the record, here goes. 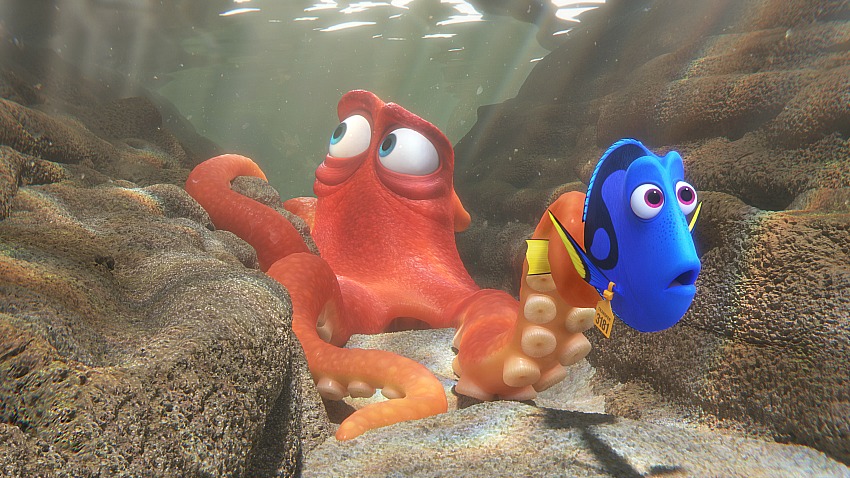 Finding Dory is close but not quite as good. Its emotional impact is weaker although it’s got all the color, wonderful artwork and fun characters you expect from Pixar.  A pair of sea lions, a comic clam and a devious octopus stand out among the new ones, while a lot of your favorites are back, including Nemo, his dad Marlin, the ocean-cruising turtles and Mr. Ray, the teacher. And, of course, Dory the blue tang with the faulty memory. She has flashes of recall about her mother and father and sets out to find them. (When she can remember that is. Her short-term memory loss is a tad overdone here. At times it seems more like senility). 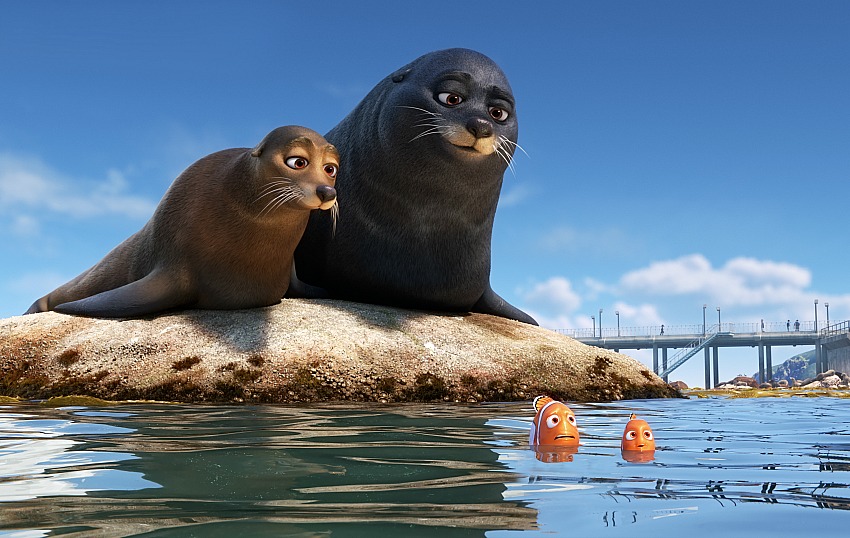 Andrew Stanton, who co-wrote and co-directed, as he did for the original film 13 years ago, was right to make this one a straight continuation of their story. Dory, with Nemo and Marlin along to help, leaves Australia for California’s Marine Life Institute, where she thinks mom and dad are. A running gag has Sigourney Weaver on the PA welcoming all and serving as an inspiration. There’s a pleasing you-can-do-anything attitude here while the family issues as they’re presented feel like the usual we see often in these kinds of films. There’s extra noise and action, though, including a high-speed highway drive, something you don’t often see ocean critters do. And a top-notch voice cast including Ellen DeGeneres, Albert Brooks, Idris Elba, Eugene Levy, Diane Keaton and Ed O’Neill. (Dunbar, Scotiabank, Marine Gateway and suburban theatres) 3 ½  out of 5

GENIUS: Max Perkins was the editor at Charles Scribners and Sons publishers in New York in the 1920s who shaped the work of Ernest Hemingway, F. Scott Fitzgerald and in this film, Thomas Wolfe. Their volatile association gets a crisp and literate, maybe a bit too-low-key, representation here, under the direction of English theatre veteran Michael Grandage. Colin Firth plays the introspective Perkins and Jude Law the impulsive Wolfe. Their association sparks little in the way of fireworks but a lot of genuine conversation, lecturing, cajoling and pleading about words. Wolfe writes loads of them and hates to see any of them go. Perkins has to cut. The film represents the work of editors perfectly. 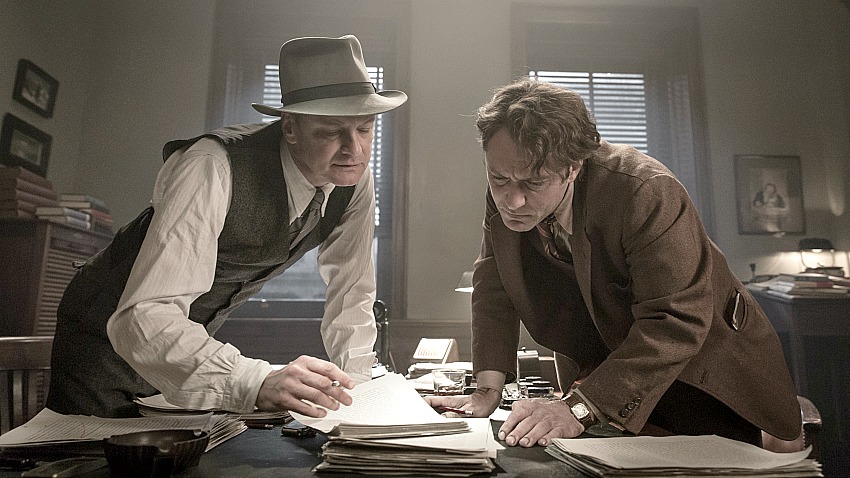 Aspiring writers will delight in Wolfe’s teary joy in an early scene when he finally has his work accepted. “No one ever thought my writing was worth a dime,” he gushes. There are omens too. Watch F. Scott Fitzgerald (Guy Pearce) whine about money. The Great Gatsby had flopped. Or Hemingway (Dominic West) disparage Wolfe’s work. (Yes, not an American actor playing any of these American literary lights.) Nicole Kidman plays Wolfe’s lover and Laura Linney, an actual American, plays Perkins’s wife. Both are small roles though. The main show is between editor and writer and their contrasting personalities. Firth is restrained and solid. Jude Law is mercurial and just this side of overplaying. Their wrangling over words is a good, earnest pleasure. (5th Avenue) 3  out of 5

RAIDERS! THE STORY OF THE GREATEST FAN FILM EVER MADE: Technology has sparked a brand new facet of movie fandom. It’s easy to make your own film these days, and getting easier as cell phones improve. This documentary  details an early example and probably the most remarkable. A group of boys in Mississippi, starting in 1982 when they were 11, made a shot by shot clone of the first Indiana Jones adventure, Raiders of the Lost Ark. They worked on it every summer vacation for seven years, using a borrowed news camera from a TV station and a lot of ingenuity. Years later a copy got into the hands of director Eli Roth and movie fanatic Harry Knowles of Ain’t It Cool News who showed it at a festival and a legend was born. You can find various clips online including this side-by-side feature at https://vimeo.com/166559907. 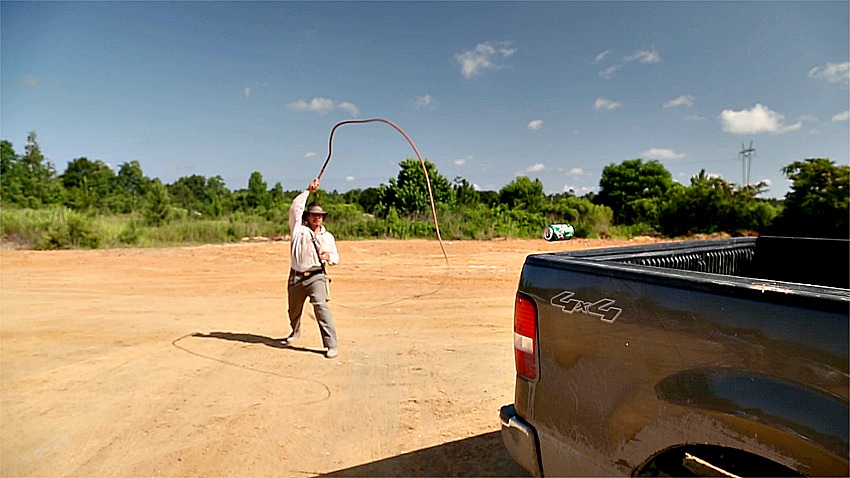