THE CORPORATE COUP D’ETAT: People keep trying to compare Donald Trump to Hitler. Mussolini seems a better comparison after viewing this film. Il Duce pushed corporatism on his people. Trump is the standard bearer of the same philosophy; he represents the interests of the corporations but, he’s not unique. Corporatism has been in the process of taking over the US for decades according to this film by Fred Peabody, the veteran TV journalist in both the US (ABC) and Canada (The Fifth Estate) who now lives here in Vancouver. Reagan, Clinton, even Obama are implicated for letting it happen. 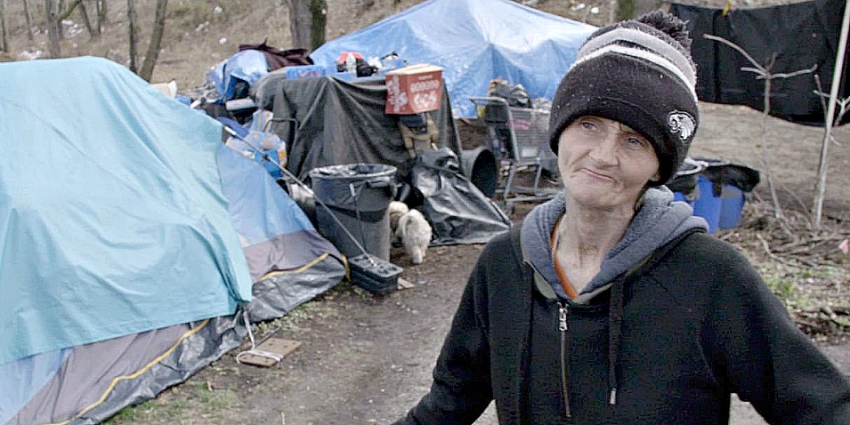 The results are starkly displayed in two “sacrifice cities.” Camden New Jersey used to be home to RCA Victor and Campbell’s Soup; Youngstown, Ohio was a major steel town. Both are run down today, emptied out, with rents still high and many homeless. But many in Ohio voted for Trump. Some had earlier voted for Obama and one had been a Bernie Sanders supporter. How could this be? The film has some explanation, not enough for me though. It’s value is in analyzing how the U.S. is “shaped by billionaires” (ironic right now, eh?). It  visits soup kitchens, homeless camps and rubbly streets to illustrate. And it carries a lot of damning insight about how capitalism has led to this from observers like Maude Barlow, philosopher Cornell West, and various journalists including Chris Hedges who appears throughout, almost like a host. He was inspired by the man who coined the term in the title, John Ralston Saul (in a 1995 Massey Lecture on CBC Radio) and gives him ample time to add his thoughts. The main message: Trump is the symptom, not the cause. It’s been coming on for a long time. This is a strong, very radical and true film.  Fred Peabody and John Ralston Saul will both speak at the screening which closes the K-Docs festival Sunday starting at 5:30. (VanCity) 4 out of 5

BELLINGCAT—TRUTH IN A POST-TRUTH WORLD: Here’s an absorbing look at a new form of citizen journalism. There are only a few dozen doing it, though with thousands of followers. They work on their computers or their smart phones and manage to find news, sometimes exposes, that mainstream media can’t (mostly because they don’t put the resources into it). But the work shown here seems possible for any tech savvy investigator. The examples we see are astounding. They found two Russian agents responsible for the Skripal poisonings in England. They identified violent racists in Charlottesville. When they exposed atrocities in Syria, the government denounced the journalists publicly. In another case, the World Court used their findings. 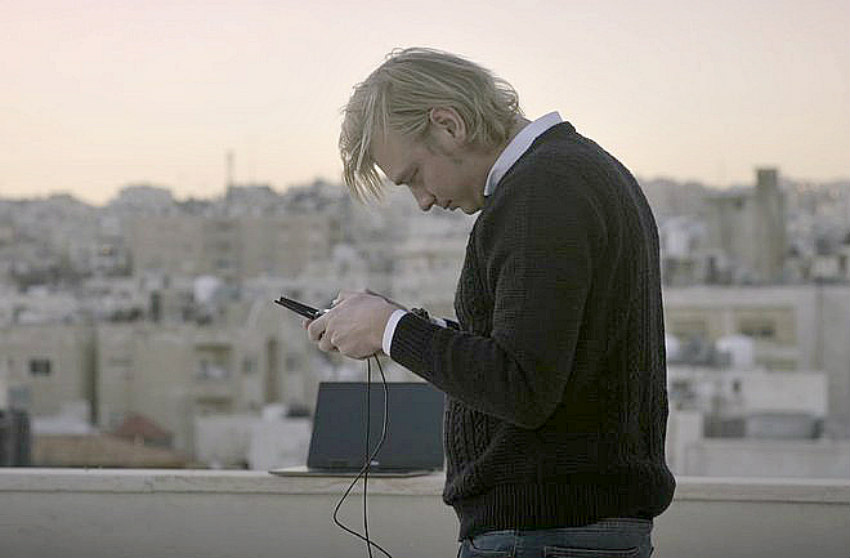 The film shows exactly how they work. They study images that get onto the internet, zoom in, compare and analyze and surmise what actually happened. Then they study public and even telephone records, Google Earth images and tips from volunteer contributors. They make use of tiny details in images that others don’t notice. Who brought Russian missiles to the Ukraine? They found names and put up pictures. In one remarkable sequence they analyzed video that many news media had used of the aftermath of a car bomb in Iraq. They came up with video shot just before which shows that the entire sequence had been staged.

The collective was started in Leicester, England by Eliot Higgins, who is still the de-facto leader and gave it that snappy name based on the phrase “to bell the cat.” It’s one positive in a world of declining news media. (VanCity, Sun 3:30) 4 out of 5

TERRA WILLY: Young boys especially (age 8, 10 or so?) will surely like this space adventure but they’ll have to be in, or be taken to, New West or Guilford to see it. Only two Landmark theatres are showing it and only as matinees, 10 am or noon. It comes from France and has been well-dubbed into English, is full of wildly imaginary creatures and features a familiar story in children’s films: separation from parents. Those elements will resonate with the young  ones, though for the adults the film as a whole may feel a bit bland compared to what American and Japanese animators have been sending us. Éric Tosti, the director and co-writer of this one, has a track record but he’s new to me.

10-year-old Willy is on a space ship with his parents when an asteroid smashes in and forces him to escape in a personal survival module. Landing on a strange planet, he has one companion, a droid called Buck who can dispense advice, serve as a vehicle and interprit the surroundings. A woman’s voice on a video screen monitors Willy’s moods, including his “earth jargon” like “Give me 5.” He’s anxiously waiting for his parents to find him as he encounters creatures and plants in vivid-color landscapes. Rock monsters attack and chase, an animal attaches itself like a puppy and time pressure builds as the droid’s battery starts running down. The visuals look good, the animation is fine though a bit stiff and the wild-boy story line is enjoyable—for the right age group.  2 ½ out of 5

BRAHMS: THE BOY II: Another week, another horror film not made available for review. The original, four years ago, was a low-budget sleeper hit. The sequel adds Katie Holmes for a bit of star power. She’s a mother taken to live in a country house to settle her anxieties but unaware of the terrifying  events that had happened in a house nearby. A boy had come under the spell of a diabolical doll. Now, her son finds the same doll buried in the woods, and here we go again.