The Butler, In a World and The Spectacular Now shine, while Jobs underwhelms 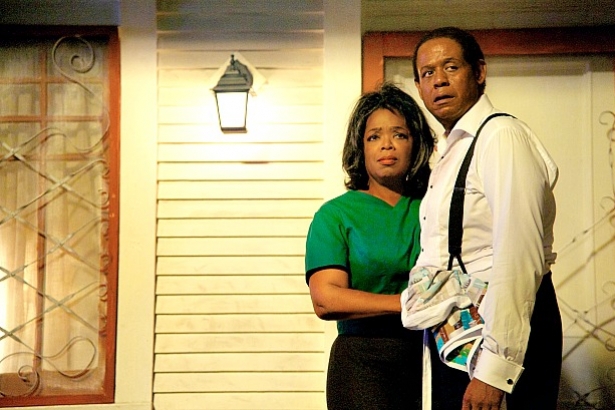 Six new films this week. Three are excellent but they’re all worth watching in their own way.

And there are alternatives.  Vancouver’s annual showcase of queer films has started and the Cinematheque’s summer film noir series is in full swing. Check the titles and times at the Cinematheque website.

Over at the VanCity Theatre, Blackfish, about whales in captivity, and Hannah Arendt, about the banality of evil, are back for a limited run. Check out the Vancity Theatre website for details.

As for the new, regular films, here’s the list:

LEE DANIELS’ THE BUTLER: It’s not egotism that put the director’s name into the title. It was a dispute. Warner Brothers claimed they have a copyright on the name “The Butler”. If you must criticize Daniels, mention how thin this overview of American race relations is. And what’s missing. And how the climax, at the time of the Obama election, is way too optimistic. Also how different it is compared to Daniels’ best film, the harsh and gritty Precious. 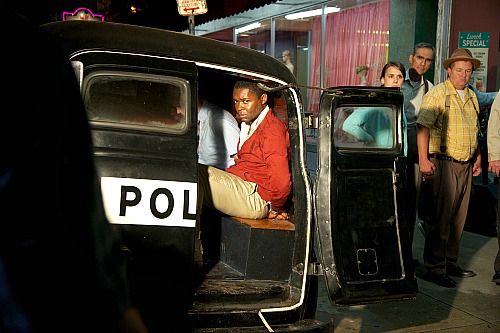 This is a soft history lesson showing us both the events in the civil rights movement (through brilliant re-creations) and their impact on one family. Forest Whitaker plays a butler at the White House through eight presidencies, obedient to the rule “you don’t hear anything; you don’t say anything”. He’s fictional but based on a real person, via a magazine article. Oprah Winfrey plays his sometimes-tipsy wife and David Oyelowo plays a son who becomes an activist, even a Black Panther at one point. His growing radicalism nudges the butler to re-think his own attitudes which were formed in the cotton fields down south and this father-son tension is the heart of the movie. A second son goes off to fight in Vietnam but that war isn’t given the weight it deserves.

The White House scenes, though sparkling with authenticity, are episodic and interesting mostly for how well the presidents are played. John Cusack is a pretty good Nixon; Liev Schreiber is a great LBJ but that’s still Robin Williams there inside Eisenhower. The big surprise: Jane Fonda does a terrific Nancy Reagan. Watergate isn’t mentioned and LBJ’s civil rights efforts aren’t really acknowledged. So, incomplete history, but well-staged and acted.  (International Village and suburban theatres) 3 ½ out of 5

IN A WORLD …: Don’t think that just because this film is set in a specialized industry it might be too arcane for most of us. You’d be missing one of the best comedies of the year. The humor in this one is droll, unlike those in-your-face rude comedies that keep coming at us. It gently skewers the pretensions of some Hollywood small fry and it’s based on character. Best of all, it’s actually about something: a woman’s efforts to break into a field that’s been pretty well reserved for men, in this case the voice over industry. You hear it every day in commercials and movie trailers. The title invokes an iconic line that’s been used many times, like this speedy scene-setter for instance, from the Goodfellas trailer: “In a world that’s powered by violence…”  Lake Bell found women’s voices weren’t wanted when she tried for that kind of work and she’s distilled her observations into a clever script, directed the film and starred in it. 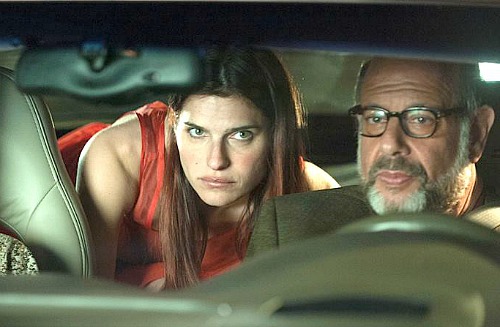 She plays a vocal coach who, after landing a surprise job on a kid-flick trailer, goes after a big project. That puts her up against her own father (Fred Melamed) and the aspiring king of voice over, the self-impressed Gustav Warner (Ken Marino) who, at the prospect of losing “to a broad,” snorts. “I smell legal.” There are many sly digs like that. Lake coaching Eva Longoria how to put on a Cockney accent or telling a class of young women to ditch the “sexy baby” voice. Cameron Diaz fighting “mutant male savages” in a trailer for The Amazon Games and Geena Davis sneering that such teen fantasy films aren’t women-empowering at all. This film advances feminist ideas subtly, with laughs.  (5th Avenue) 4 ½ out of 5

THE SPECTACULAR NOW:  Remember the film Say Anything? How warm and truthful it is about teenagers, first love and growing up? Here’s another, just as amiable, non-flashy and non-cynical, and therefore exactly counter to the usual teen movies that come along. This one posits the big question: what to do after high school. Miles Teller plays a young man who can’t deal with that problem so he avoids it. He’s glib and proclaims he only lives in the now which includes many swigs from the mickey he carries. His clothes and his manner remind me of Mark Zuckerberg. 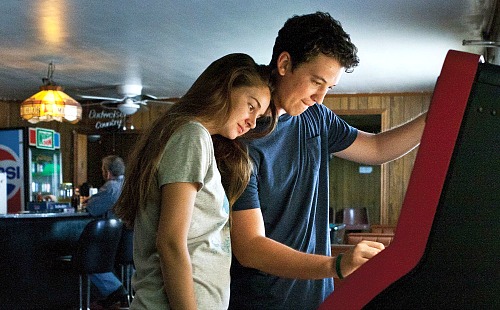