FIDDLER: A MIRACLE OF MIRACLES: Well sure. Fiddler on the Roof’s success surprised a lot of people. A Detroit critic called it “bad.” Walter Kerr in New York declared it a “near miss”. People lined up though and made it one of the most successful Broadway musicals ever. This documentary by Max Lewkowicz is a snappy, breezy telling of the whole story some of which is new to me. The title, for instance, is based on a Marc Chagall painting, not the original stories by Sholem Aleichem. The bottle dance was based on a single sighting at a Jewish wedding. The show has been just as popular in countries as diverse as Japan and Thailand. Lin Manuel Miranda performed in it in grade three and staged an entire song and dance number at his own wedding. 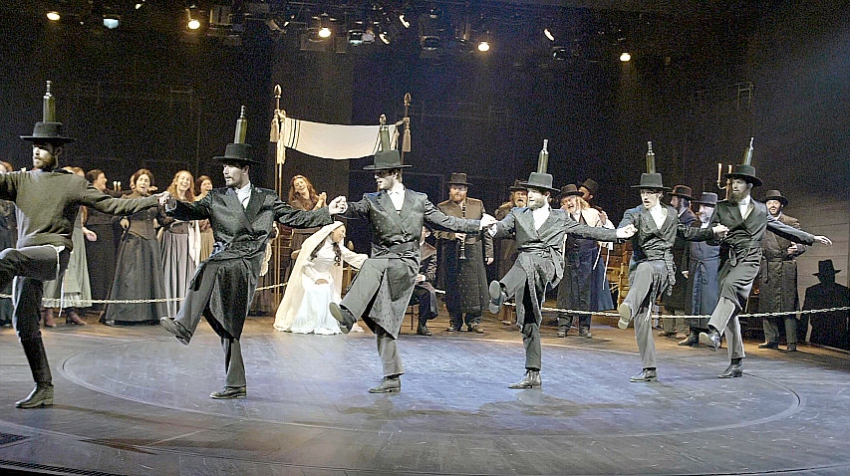 There are memories from people who helped create it, performers over the years, observers and critics. Tradition, they acknowledge is the main appeal, but also look at the contemporary concerns like women’s lib, civil rights, and parental control that are in it. The pogrom in the show is ethnic cleansing; displaced people are refugees. For the film version, Norman Jewison didn’t hire Zero Mostel to repeat as Tevye, but Topol  who he thought had more of an Israeli energy about him, a better fit in that time of war. We get the show’s history, backstage gossip, clips from many productions, including one at Stratford in Ontario, and a good understanding of its cross-cultural appeal. It’s not just about a milkman and his daughters. (5th Avenue) 3 ½ out of 5

TOXIC BEAUTY: The VanCity Theatre has brought back this unsettling film from DOXA (and Hot Docs, I guess) for two screenings that should interest you if you use face cream, shaving lotion, and any of the many personal care products in your medicine chest. It alerts you to dangers in some of them. Talcum powder is the most examined here because it is, as one scientist says, a “delivery device” for several carcinogens. Johnson and Johnson is facing thousands of lawsuits over it. In one cited here, a woman with cervical cancer won her case but no damages. Still, that means J&J lost. (They just lost a big one over opioids too, but that’s another story.) 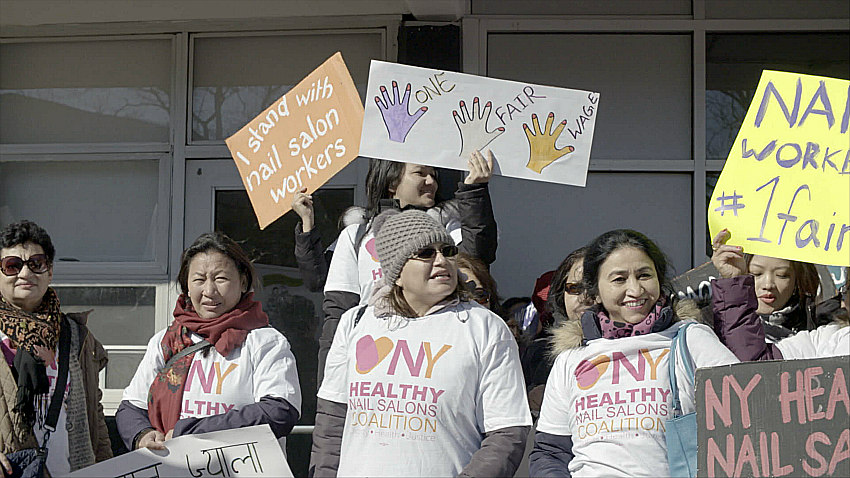 Some scientists have been warning for years about commercial beauty products. Some of them are hormone disruptors, possibly because of preservatives added to them. You’ll get to know a lot about parabens and phthalates and whether alternates are any better. The film is densely packed with information, sometimes flickering by too fast to read it all. But it is worrying, and should be. The EU has  banned far more of these chemicals than Canada, and we’ve banned far more than the US. The film by Phyllis Ellis of Toronto isn’t alarmist but it is a strong alert. It screens Sunday and Thursday.

Sunday’s will be followed by a discussion that includes Ellis, the director, JoAnn Fowler, of Vancouver, a longtime make-up artist who has developed a line of “clean” cosmetics and Prof. Bruce Lanphear, of SFU, who warns about toxic chemicals and our health. (4 out of 5 stars)

ROAD TO THE LEMON GROVE: Last year about this time we got a Canadian film called Liitle Italy that I didn’t like at all. It was full of excitable Italian stereotypes and not much purpose. This year, we have this one with considerable purpose but not succeeding much better. There are excitable Italians here too, imagined by the Hamilton, Ont. story teller Charly Chiarelli, in a script he who wrote  with the director, Dale Hildebrand.  He expounds a worthwhile message about retaining your cultural heritage and recognizing that language is the key element of that. Unfortunately it takes a long time before the film makes it clear that that is its purpose. Before that we get more loud, broad humor.

Chiarelli plays two roles, a father and his son. The old man has died but appears to the son now and then because he’s stuck in limbo waiting for a plan he’s activated to play out. Two sides of the family claim a lemon grove in Sicily. The son is to go there and secure it for their side, while Burt Young (you know him as Paulie in the Rocky films) heads the scheming other side at what looks like a perpetual family dinner. One of his clan also makes the trip letting on that he’s a Mafioso. The son meanwhile meets a glamorous movie star, played by ballet dancer Rossella Brescia, and she’s a sometime ally. As a plot it strains and one device makes it even harder to connect to. The son is a professor of linguistics and sends back lectures to his students –and to us—in cell phone videos and voiceovers that explain the themes of the film. Way too obvious.  (International Village and Riverport) 2 out of 5