FINDING THE FUNK is a lively history of funk music reaching back to James Brown to its heyday in the late 1970s and its continuing appeal with Prince and others. 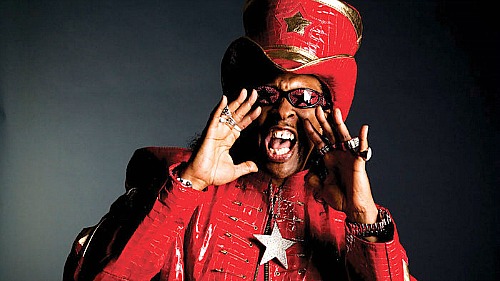 The speakers, ranging from George Clinton and Sly, of the Family Stone (both a bit hard to understand),to the Beastie Boys’ drummer, The Roots’ “Questlove” and jovial Bootsy Collins, know their stuff, including why Dayton, Ohio was a hotbed of funk music. They’ve got me searching for a song called “Flashlight” described as a “game changer. There’s lots of information but most of the music is running in the background. The film should let us hear it better. 3 ½ out of 5.

BLACKFISH is a one I haven’t been able to see yet but am anxious to. It’s about Tilikum the whale, who used to entertain at an aquarium in Victoria until he was involved in a trainer’s death. He was bought by Seaworld in Florida and has been implicated in two more deaths. The film explores how he got that way, apparently not a pretty story and an indictment of keeping whales in captivity. It is the only title being shown twice.

You can check out the entire line up at http://www.viff.org/

FRANCES HA:  Here’s a portrait of a young, modern woman that’ll keep you engrossed because Greta Gerwig, who plays her, is appealing in an off-kilter way and the character is such a hapless dreamer. She gets a tax rebate, treats a friend to dinner at a restaurant which won’t accept her debit card, has to run far to an ATM machine, falls and returns with a bleeding knee. She works at a dance studio and expects to be in the Christmas show because she needs the extra money. Meanwhile her roommate moves out, she can’t afford the rent alone and crashes with various friends.

She is, in other words, a character who comes across as authentic. She’s a dreamer whose resilient façade can’t be broken by setbacks. She can do that all by herself, but she won’t admit to any failures, not even that ill-advised trip to Paris she can’t afford. It’s painful at times to watch her missteps  but heartening when she rebounds with optimism, warranted or not. The script (by Gerwig and Noah Baumbach, the director) is clever (sample line: “This apartment is very aware of itself.”), often funny, with great momentum although nothing big happens and ultimately poignant.  It’s shot in glistening black and white and children of both Meryl Streep and Sting are in it. A small film that’s well worth catching, if you’re into character studies. (5th Avenue)  3 ½  out of 5

FILL THE VOID: The story could be on a soap opera. What distinguishes it though is where it does take place – in Israel’s ultra-orthodox Hasidic community. New York-born Rama Burshtein, who now lives there, takes us inside and lets us see the traditions, which incidentally include a ban on watching secular movies.  She’s gone further. She wrote and directed one to depict an intense family struggle over duty versus self-fulfillment.

Hadas Yaron plays 18-year-old Shira whose wedding plans are stalled when her sister dies in childbirth. Her mother asks her to marry the widower husband, her brother-in-law, to forestall him moving away with the grandchild. There’s much emotional pain in the arguments that follow and several discussions with a no-nonsense rabbi. Also  glimpses into daily life in the community, including the rituals and celebrations. And best of all, wonderful low-key acting  (Yaron won a best actress award), enhanced with vivid cinematography and fluid editing. The film, in subtitled Hebrew, doesn’t criticize or condone the pressure put on the young woman. It just tells a real story, very well. (5th Avenue)  4 out of 5

THE SHEEPDOGS HAVE AT IT: This is a very good rock and roll documentary. It’s got a compelling story and real insight into today’s music business. Odd then that it delivers that through a band with a retro classic rock sound. The Allman brothers are mentioned several times as a comparison. 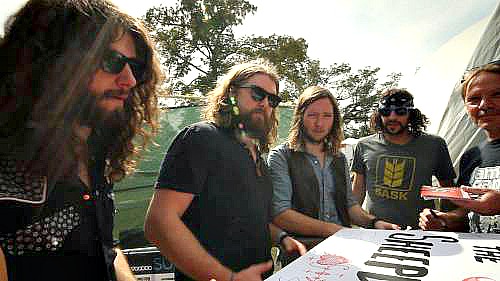 The Sheepdogs are from Saskatoon. They played only small venues for years until they won a contest to get on to the cover of Rolling Stone. Then their self-produced album won Junos and they got invited to big festivals, had songs on the radio and got to do arena shows internationally. The film doesn’t stop there. The real pressure was only starting. They had to keep the momentum going by touring constantly and, most importantly, as one observer says, “deliver a great album.” If not, obscurity would grab them right back. We watch them play concerts, record in Nashville (with one of the Black Keys as producer), walk around New Orleans and Memphis and everywhere talk about their surprise success and their fears. This is an inspiring testament that years of persistence and working at it does sometimes pay off. There’s lots of well-recorded music too. (Rio Theatre starting Sun.)  3 ½  out of 5