BP gets off too easy in Deepwater Horizon and BC looks gorgeous in Koneline, one of my VIFF picks 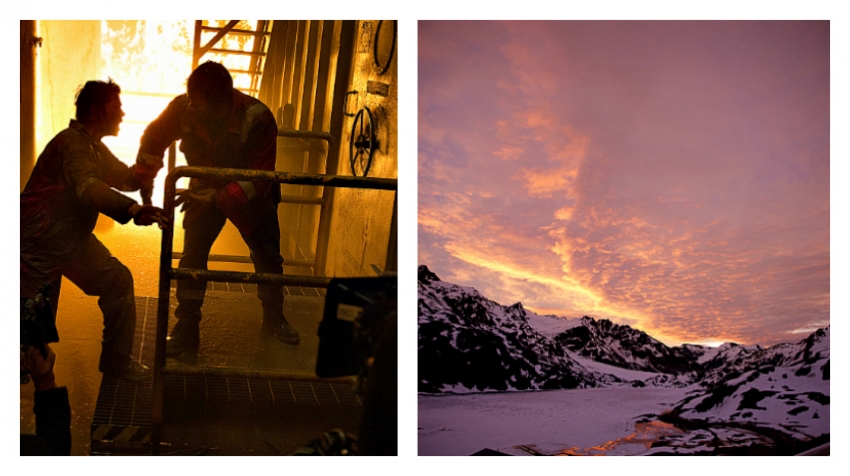 Also Tim Burton’s new one, a winner from Africa, a low-class comedy from the US and more film fest recommendations

We’ve got four new movies in the regular theatres to ponder today and for good measure I’ve added notes on three more Film Festival picks. Their play starts on Monday.

VIFF pass holders should note there are new rules at International Village. You have to get an entry ticket for each film, just as you did at the Granville when that theatre was a VIFF location. Tickets for the entire day will be handed out on the first floor of the mall starting at 10 am. And for the evening (and next day matinees) an hour before the evening shows. Could be messy. Good luck.

These are today’s reviews:

The Queen of Katwe  3

DEEPWATER HORIZON: British Petroleum should have been given a rougher ride in this one. That was the biggest oil spill in history six years ago when their drilling rig exploded in the Gulf of Mexico.

But how much they were responsible for it, though amply mentioned, I grant that, is  downplayed here. A few rush rush decisions and accidents can happen. Instead of really getting at the issue, the producers opted for a Hollywood norm: a hero story and they had to twist a few facts to do it.

I’ve read that the chief electrical technician, played by Mark Wahlberg, was not involved in all the action the film shows. But it’s good moviemaking to have one guy at the centre. We can root for him when the muddy oil starts gushing, the explosions get going, the derricks crash around and fireballs fly. 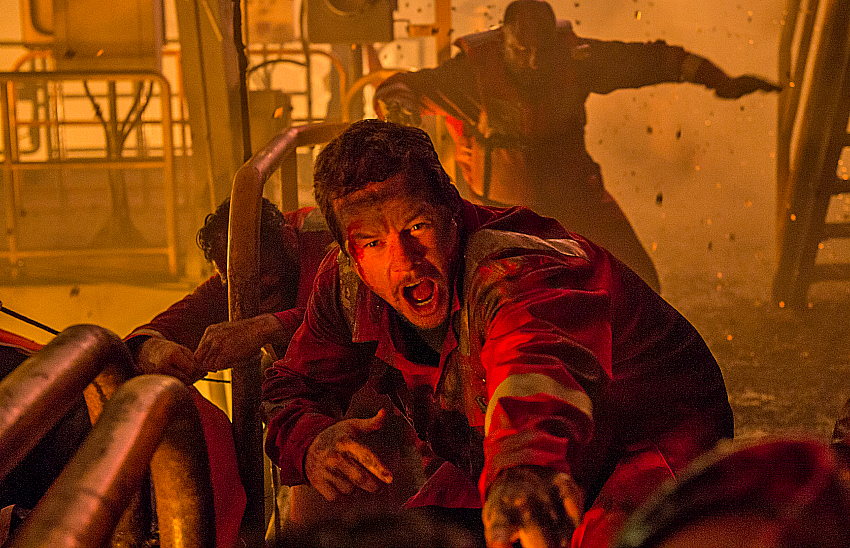 For a disaster movie, this one is good. The chaos of that day is beautifully re-created. It looks real because it’s acted out on a replica oil platform, 85% full-size, that the producers had built. You feel the heat and the terror. It’s a vision of hell.

Then the filmmakers get carried away and give us too much of it. That’s after keeping us waiting for more than half the movie to focus in quite some detail on the lead-up. That’s when Wahlberg and Kurt Russell, as a crusty crew chief, go about their work (we see a lot of it) and argue with a BP official (John Malkovich) over safety issues.

They’re overruled and the tension builds with every needle jump on the dials. Kate Hudson is on the phone now and then as a worried wife but not enough to complain about. (Scotiabank, Marine Gateway and suburban theatres) 3 out of 5

MASTERMINDS: This one was delayed for a long time as the company that made it fought off bankruptcy. They should have waited longer. Maybe forever. It’s a very low-class comedy based on a robbery at an armoured-car company that somebody called “the hillbilly heist.” That’s exactly the tone of this alleged yukfest.  It’s rarely funny, although some people found it hilarious.

There’s lots of slapstick and body humour, Zach Galifianakis as a love-struck dimwit, Kristen Wiig, as the woman who can manipulate him because he adores her, and Owen Wilson as a fast-talking, dream-spinner who plots the robbery.

There’s also a hitman, played by Jason Sudeikis, who defies the crowd and is actually funny. He is eternally sunny and optimistic. Kate McKinnon and Leslie Jones are in it too. So, not only is this cast heavy with ex-Saturday Night Live performers (probably since Lorne Michaels is one of the producers) it has three of the new Ghostbusters. The trivia is better than the content. (International Village, Marine Gateway and suburban theatres) 1 ½ out of 5

MISS PEREGRINE’S HOME FOR PECULIAR CHILDREN: Tim Burton is at it again and for a while it works. Then it gets so complicated, confusing even, that the kid audience this one is aimed at will probably get lost. We’ve got a bit of Harry Potter magic, a dollop of X-Men diversity and an eventual dose of gross. 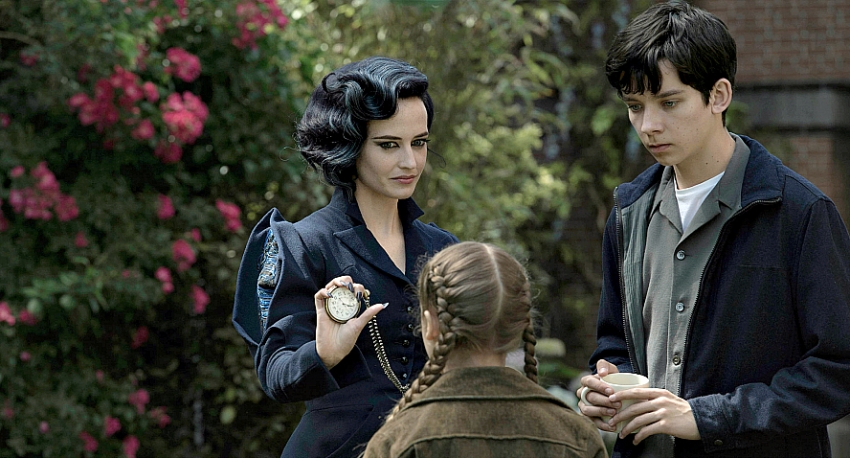 The plot, from a popular YA novel by Ransom Biggs is complex, involving as it does time travel and one boy’s search for who he really is. Asa Butterfield plays him with not a lot of spark. He lives in Florida, has listened to stories from his grandfather (Terrence Stamp) so long about a home for orphans that was bombed in World War II, that his father takes him to England to check it out.

Burton’s ability to spin a sense of awe and wonder is in full flight there. The orphanage is a spooky ruin, but approached again later through a crevice, is intact, presided over by a headmistress (Eva Green) who can turn into a bird and populated by children with special powers.

One is invisible, another floats up into the air unless weighted down, another has bees living inside him. They’re all in a time loop that keeps them safely paused on the day before the bombing. Then Samuel L. Jackson arrives with some characters called Death Eaters and tries to kill the kids and eat their eyeballs. That when the special effects skyrocket and the charm dissipates.  (Scotiabank, Marine Gateway and suburban theatres) 3 out of 5