Films: Boyhood delights with the drama it finds in everyday life 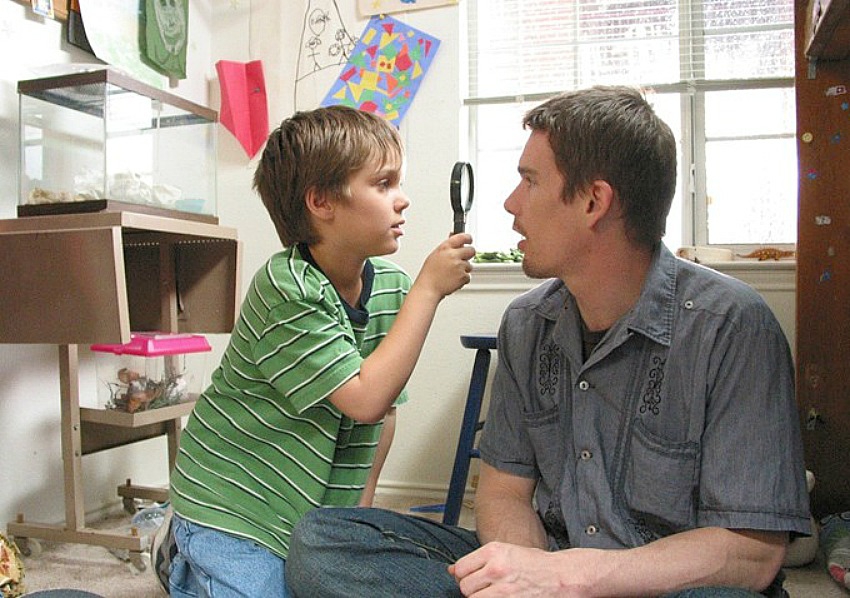 Also note a new le Carré with Philip Seymour Hoffman, a new Hercules with The Rock and a skirmish between science and metaphysics.

The big film this week is a must-see if you’re into innovative movies and directors who try something different. The characters grow up or older right on screen because Boyhood was filmed over a 12 year period.

BOYHOOD:  Everything you’ve heard is true. This is a remarkable film, probably unlike any before. We’ve seen characters grow up before on the screen, most recently Harry Potter, but this time it’s like real life. There’s no plot as such, no story arc that comes through complications to a climax. You might be sitting there waiting for those. Know though, that what’s coming at you is simply a series of incidents, the minutia of daily life. You’ll recognize that, yes, that’s how things happen to people as time moves along and they mature. We see it centered on one boy in Texas. He grows up before our eyes. 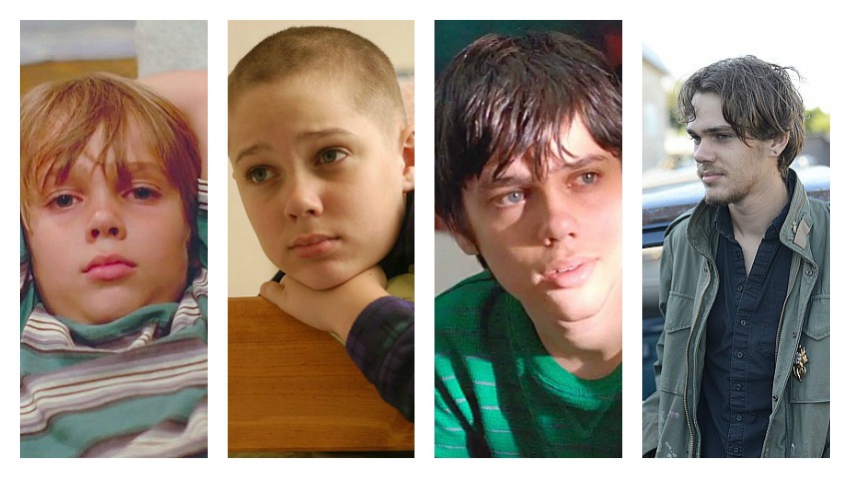 Mason is six when the film starts; 18 when it ends. He’s played by Ellar Coltrane through all that time, filmed, in short sessions over a 12 year period. (Richard Linklater, who wrote, directed and most importantly conceived the project, had a partially-similar life-in-progress story in his three Before films). Mason is bright, curious, uneasy with what he sees adults doing around him, thoughtful about where life is taking him and we watch him develop as he grows. I’ve seen it compared to reading a book. You can pay attention to nuances and minor events; you don’t need big happenings to drive the story. 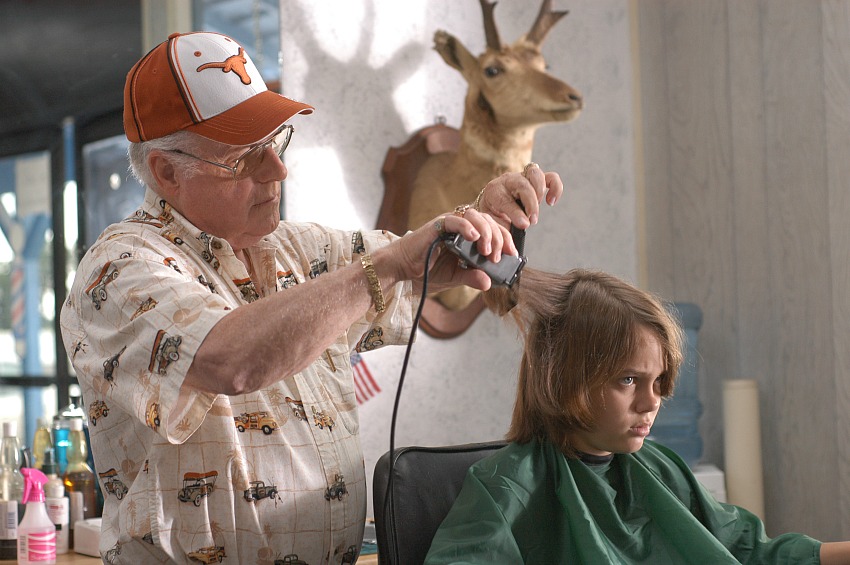 There is drama, lots of it and all familiar these days. Mason’s parents (Patricia Arquette and Ethan Hawke) have split up. She takes up with a university professor and later an Iraq war vet.  He, the dad, has been away and now offers advice on everything from girls to life in general. He takes Mason to a baseball game where Roger Clemons is pitching, rails against Bush and later pounds in an Obama-Biden lawn sign. The background develops and is as time-specific as the characters up front. The changes they go through are sharply scripted and presented at a comfortable pace. The film is just 15 minutes short of three hours long, but feels much shorter because it is so involving.  (5th Avenue and International Village) 4 ½ out of 5

A MOST WANTED MAN:  Terrorism is a worthy replacement for the Cold War in John le Carré 2008 novel and this spy thriller made from it. Again the driving problem is can you trust a person to be who he says he is and believe what he says he’s doing. This time it’s a Muslim from Chechnya who shows up in Hamburg, Germany (where, as the film reminds us, Mohamed Atta had planned the 9-11 attack.) He wants asylum and possibly the money his now-dead father left sitting in a bank. 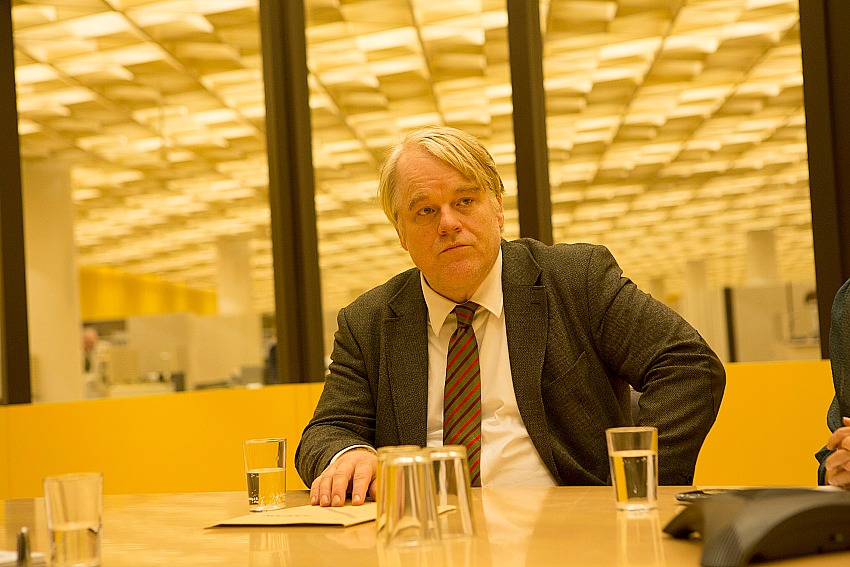 Philip Seymour Hoffman, in one of his last roles, plays a typical le Carré protagonist, a world-weary German-government anti-terrorism agent demoted to Hamburg for some past mistakes. He believes the man’s story and thinks he can use him to trap a real target, a rich Muslim who donates to charity and probably terrorists. A suspicious banker (Willem Dafoe), a civil-liberties lawyer (Rachel McAdams) and a  CIA official (Robin Wright) all get in the way. Le Carré’s intended blast against US anti-terror methods and Germany’s co-operation with them comes through but more with melancholy than anger. The film could use more energy although there’s good tension and intelligence in the ample talk. Hoffman, even with an ill-fitting German accent, captures the disillusioned but not-defeated essence of his character.  (International Village)  3 ½ out of 5

AND SO IT GOES: There have been very good films for the older crowd recently and then there are mediocre ones like this. Michael Douglas is a cranky real estate agent and widower who, while he’s selling his house, lives in a duplex, next door to a lounge singer played by Diane Keaton. They’re different as can be and after his prison-bound son dumps his granddaughter on him to take care of for a while those differences grate. She calls him insensitive. He thinks she’s a bit nutty. Do they belong together? Will they soften up? 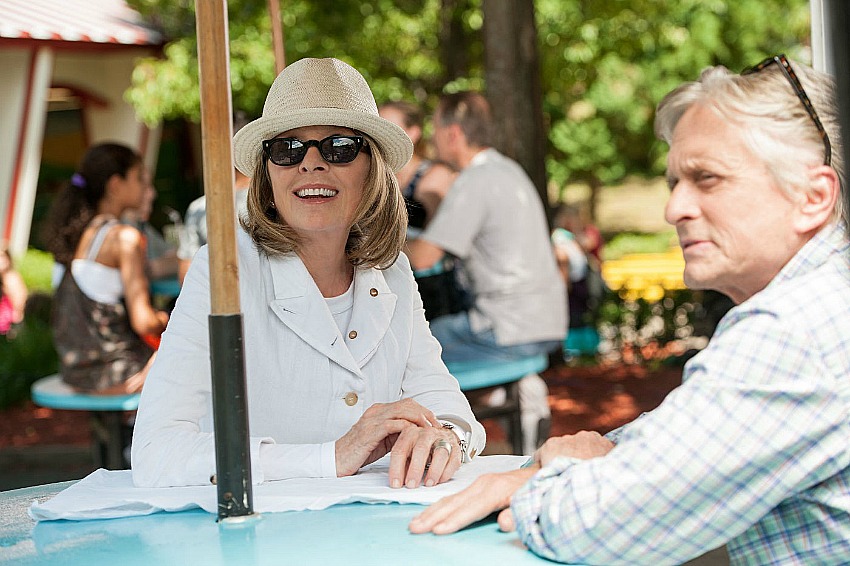