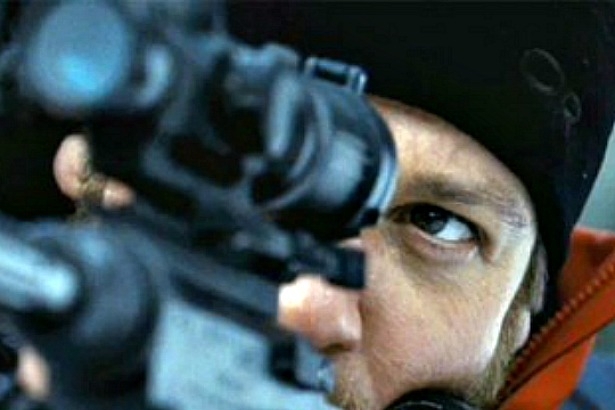 A hit series resumes with more dirty tricks and stunts. A stale marriage gets a thorny renewal. A skeptic tries to expose religious mystics. There’s quality in this week’s new films.

THE BOURNE LEGACY:  As the title suggests,  Jason Bourne isn’t in this one. Matt Damon didn’t feel like playing him again, so we only see him in a couple of photos. His spirit is there though, to hand the baton to the new man on the run, Aaron Cross, played by Jeremy Renner, and to bring us more dirty doings by the CIA and a rival U.S. intelligence unit. They kill a British reporter working on an expose. They send a crazed scientist into a lab to shoot everybody working there. (Except for one.) They send a drone plane to kill Cross while he’s training in Alaska.  He outwits them, joins up with the sole survivor of the lab massacre (Rachel Weisz) and the chase is on. 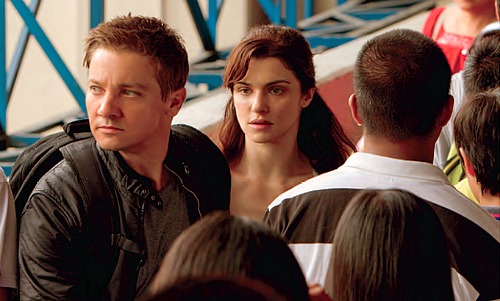 This is a clever way to do a sequel that isn’t a sequel.  The story runs parallel to the first three movies and involves another secret and morally-questionable operation likeTreadstone.  It genetically improved Agent Cross and is now getting a speedy shut-down.  He’s left searching for more of his “meds,” a quest that takes him to Manila for a prolonged chase by car, foot and motorcycle and a conclusion that more than hints that this story is not over.  It’s not as kinetically exciting as its predecessors (the big chase is erratic and comes very late and much of what comes before is perplexing) but it is a suspenseful and intelligent thriller. Tony Gilroy, who wrote the earlier films, directed this one.  (The Ridge, Dunbar, Scotiabank, Dolphin and many suburban theatres)  3 out of 5

HOPE SPRINGS: From the ads and the commercials you could easily conclude that this is a light, romantic comedy about a seasoned couple fixing a few problems in their marriage. 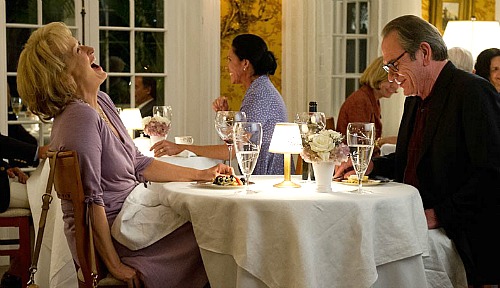 That’s only a small part of this film which for the most part is not light. It dwells in some detail on what’s wrong with their life and that can be very uncomfortable. Tread cautiously. 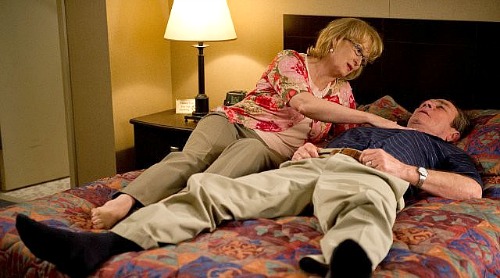 They are hardly a couple; they just live together.  He (Tommy Lee Jones) doesn’t communicate much, only reads the paper at breakfast and after dinner falls asleep watching golf on TV.  She (Meryl Streep) is too sheepish to complain, dutifully makes his meals and dreams of “a real marriage again.” In a rare bit of assertiveness, she drags him cross country (Nebraska  to Maine) for an intense week of marriage counseling. Steve Carell is the therapist and we see several of his sessions as he patiently pulls them to talk about themselves and each other.  It takes time. Then he assigns homework, keying on the central problem as he analyses it: sex. She blushes and giggles. He gets off some very funny grumpy lines. Wonderful acting in a smart film about relationships. And cheaper than real therapy.  (The Park, International Village and suburban theatres)  3 ½ out of 5