Bourne is back, Woody Allen offers a trifle and Bad Moms are exactly that

Emma Roberts plays a smart senior in high school who is introduced to an online game called Nerve by a friend, and eventual rival. Kids who are players, and not just watchers, get dares to fulfill in a given time and are required to post pictures of them on the internet. Emma’s first dare is to kiss a stranger in a diner. He (Dave Franco) turns out to have a shady past with the game and she’s linked to him through the rest of the movie. The dares get bigger –getting a tattoo, shoplifting, walking on a ladder between two buildings—and the prize money grows. The climax is in a Coliseum-like facility with a mob cheering them on. It’s all on the internet. People everywhere have been able to watch them all along. It’s not clear whether anybody runs the game. Maybe it’s the crowd itself. The movie is energetic and the questions it raises are serious. (International Village, Marine Gateway and suburban theatres) 3 out of 5

CAFÉ SOCIETY: In Woody Allen’s filmography, this is a trifle. He’s been making these lesser films recently. Here his imagination goes back again to an era he seems to love, the 1930s when Garbo and Harlow filled the screen with glamour. Young Bobby Dorfman from the Bronx (Jesse Eisenberg) goes there, gets a low-level job with his uncle (Steve Carell) a top agent and starts a tentative love affair with his secretary (Kristen Stewart). 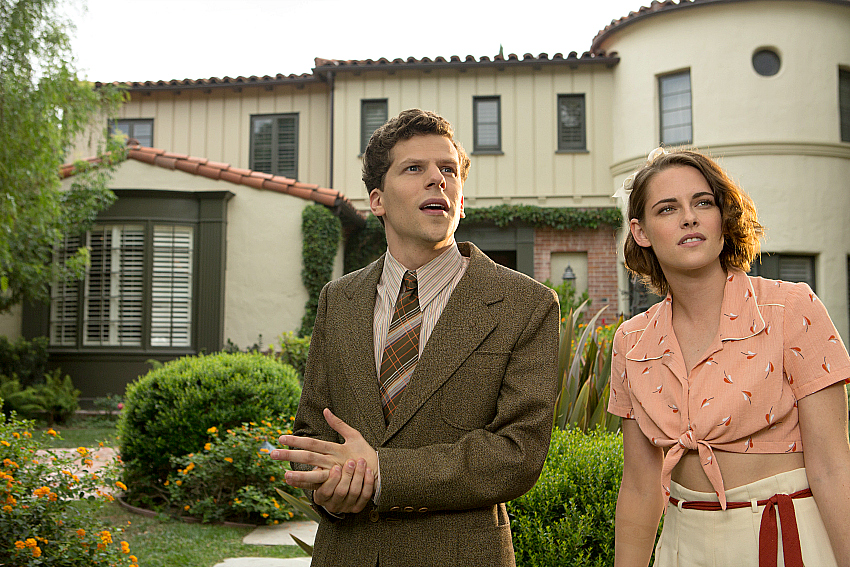 It’s one of those on-again, off-again links because she has a boyfriend who she says is often away. Actually he’s a married man who won’t leave his wife. Bobby learns the business of Hollywood and Allen gets to write in lots of nostalgia for that era and also unfortunately an unfunny encounter with a prostitute. Then he sends Bobby back to New York to work for his gangster brother and the nightclub he owns. The jokes-- on both sides of the country—aren’t Allen’s best. Except for two or three about Jews, the lines aren’t very memorable. They fret but don’t bite. Kristen Stewart brings the romance alive and makes that the key to this film. (Fifth Avenue, International Village) 2 ½ out of 5

PHANTOM BOY: Here’s an animated film made in France, set in New York and perfect for older kids who can understand a story with a bit of complexity. It starts with a family-oriented aura—a bedtime story being read to a boy about a cop and a character called The Exterminator. Then it gets realistic, sort of. The boy is hospitalized with cancer and finds he can have out-of-body experiences flying around the streets of New York. 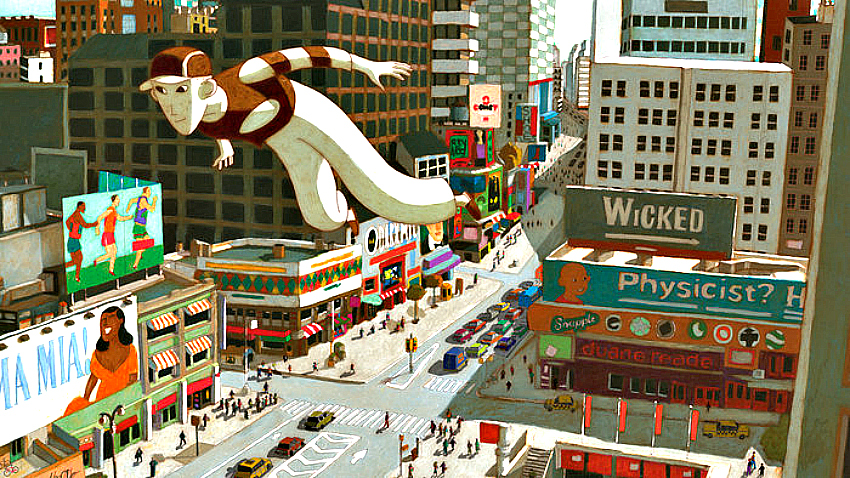 He can fly though doors and walls and yet remain invisible to everybody. Except, that is, for one police detective who is in hospital with injuries from chasing crooks on the docks. He sees what the boy can do and directs him to be a proxie crime fighter.  Defying a blustering chief and with collaboration by a woman reporter, they go after a super-villain who gains control of the city power supply. The film is exciting, funny and moving. The animation and writing are excellent. Audrey Tautou is one of the voice actors in the French version which plays Sunday afternoon. Fred Armisen and Vincent D’Onofrio  are featured in the English version which plays five times starting this evening. The creators, Jean-Loup Felicioli  and Alain Gagnol, got an Academy Award nomination for their last film, A Cat in Paris.(VanCity Theatre) 3 ½ out of 5

BAD MOMS: Here’s a jolt of women’s fantasy written by two men. They get the issues right, mostly annoyances actually, like the pressure to be perfect mothers, a husband who’s like a third child and the bossy perfection-mavens down at the PTA. “I can’t do this anymore,” moans one mom (Mila Kunis) after a small embarrassment  and with another (Kathryn Hahn) counseling breaking out and a third (Kristen Bell) sheepishly agreeing, we’ve got a rebel trio on our hands. Watch them get crass and go too far. 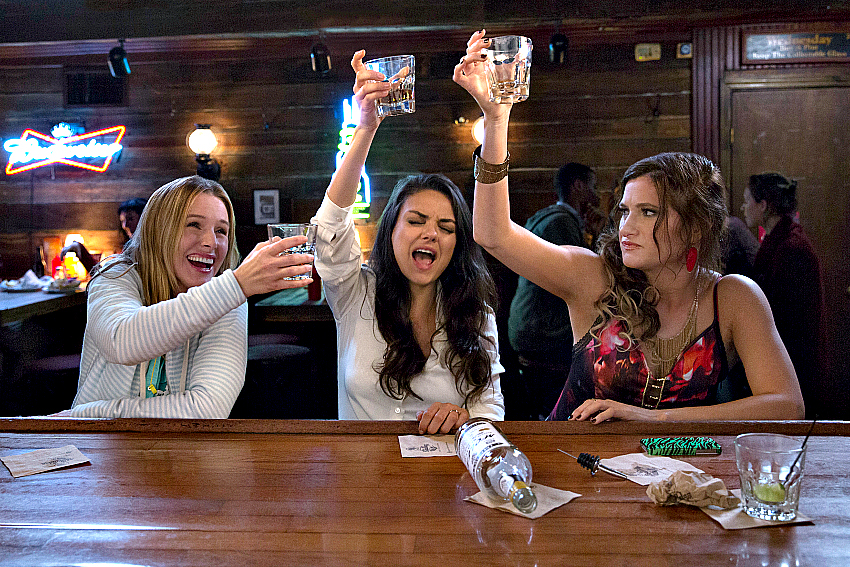 They drink and party and eye that hot widower who shows up at the park with his kid. They get raunchy. “That bra will be the death of your vagina,” one tells another. It gets worse and sometimes uncomfortable to watch, like the lesson in how to pleasure a non-circumcised guy.  Meanwhile they have to stand up to a competing trio who control the PTA, led by the imperious Christina Applegate. She does real “mean girls” stuff and then gets her comeuppance. Some will enjoy that fantasy. I found it a potentially good story marred by crude jokes, blunt talk and obvious ideas.  (International Village, Marine Gateway and suburban theatres) 2 out of 5