Borg vs McEnroe, one of two real-life male contests in today’s VIFF picks 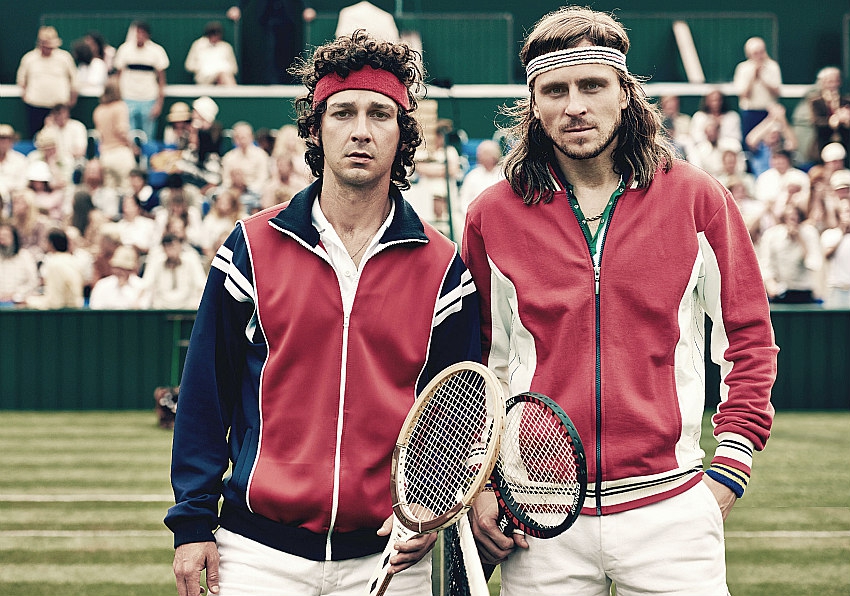 The other shows Engels prodding Marx to get more revolutionary. Plus, ratings of two other films.

Three days left at the Vancouver International Film Festival and here are four films you could catch. But notice also that several that I rated very high on earlier days have one more screening too. The Party, A Fantastic Woman, Swallow and Amazons, Bombshell, At The End of The Tunnel, Sami Blood and Western were all among the best I saw this year. Info at viff.org

The four new reviews are:

BORG VS McENROE: For the longest time this is a perfectly OK sports movie. Informative but standard. Then it gets to that final game and you’ll be rapt. That’s assuming you don’t know how it turns out. I didn’t, although in the world of tennis it is legendary, one of the greatest ever played. It’s the Wimbledon men’s final of 1980. A super-star who had already won it four times previously was up against a younger, upstart, not to mention bad-boy, challenger. 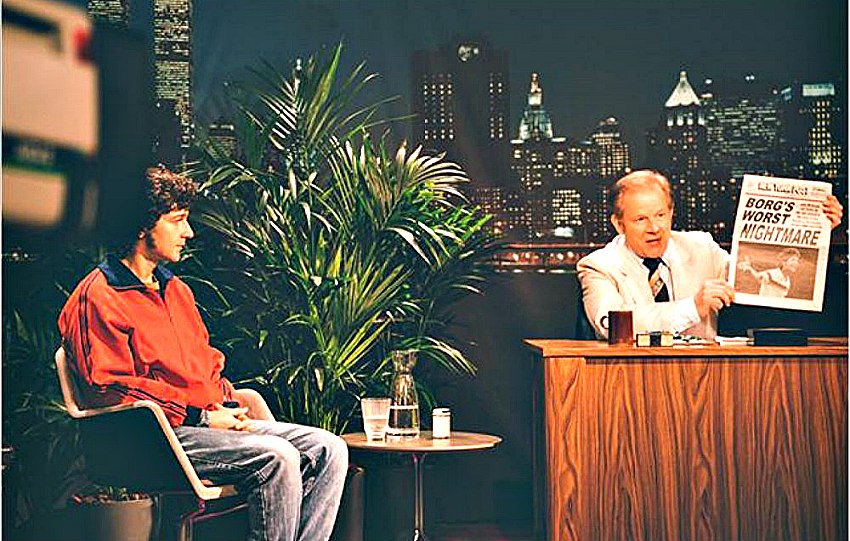 Bjorn Borg, the Swede, played by look-alike Sverrir Gudnason, was cool and emotionless but scared on the inside. John McEnroe, the American (played by Shia LaBeouf, and just as fast with the foul language) was volatile and arrogant. The film flashes to their backstories a number of times to show what made them so. The film is from Sweden so naturally we get less about McEnroe and more about Bjorg, much of it about his failing confidence. Stellan Skarsgård plays a steadying role as a mentor who can challenge when needed. And then the game, beautifully shot and close to thrilling. It’s not the whole story, several postscripts indicate that, but it’s a good middle-level one as far as it goes. (Wed and Fri) 3 out of 5

THE YOUNG KARL MARX: This film plays like those biopics Hollywood used to turn out a few decades ago. Except they’d never touch this, not like this. You get a step by step, issue by issue recounting of how the Communist Manifesto came to be written. At times it feels like an educational video. The essence of the class struggle is debated several times. In another argument one man’s views are termed “dialectical, very Hegelian.” You need to know your social and political history to follow the details. 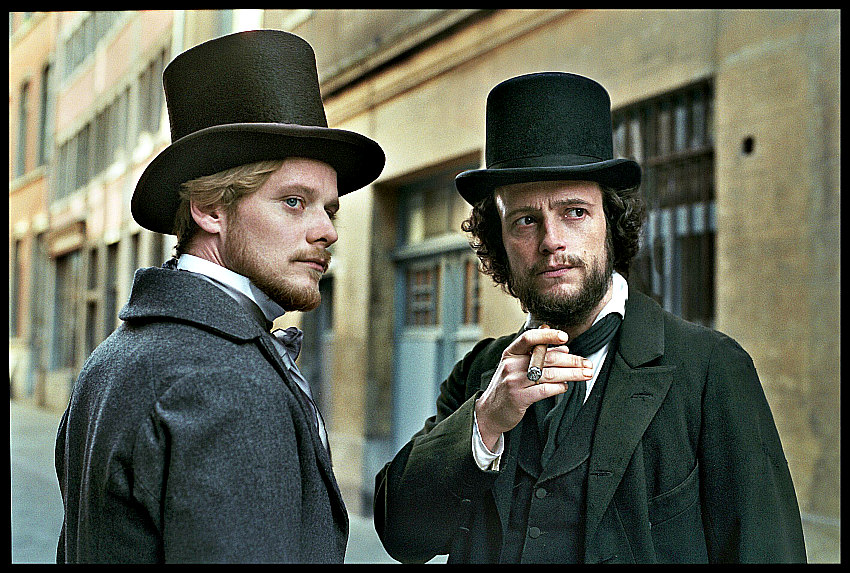 Karl Marx (August Diehl) is a young journalist in Germany whose writing is too incendiary for the authorities. The paper is shutdown, he’s off to Paris, to a new journal, then relocated to Belgium, and London. He comes under the intellectual influence of Friedrich Engels (Stefan Konarske), the rebellious son of a factory owner who wanted even tougher writing about class, inequality and the abuse of capital. (All hot topics these day too.) Other thinkers float through including Pierre (“Property is theft.”) Proudhon, Wilhelm Weitling and Moses Hess, all familiar to students of the movement but strangers to a general movie audience. It skips through a lot of material, absurdly a few times, but you do get a strong appreciation of the historic forces that pushed Marx and Engels on and they actually did change the world. Raoul Peck, the director (his previous film was I Am Not Your Negro) underlines that point with a speedy montage of news clips at the end. (Friday) 2 ½  out of 5

THE KING’S CHOICE: This one is for both movie and history buffs. It takes us into a part of the World War II story most of us don’t know, the takeover of Norway. Germany said it wanted to protect the country from a British invasion, although getting hold of its iron ore deposits seems a more plausible reason. Norway is given an ultimatum: surrender like Denmark did or suffer the consequences. The film dramatizes four key days in early 1940 when politicians, military types, family members and an elderly king debated, fled to the north and anguished over what to do. 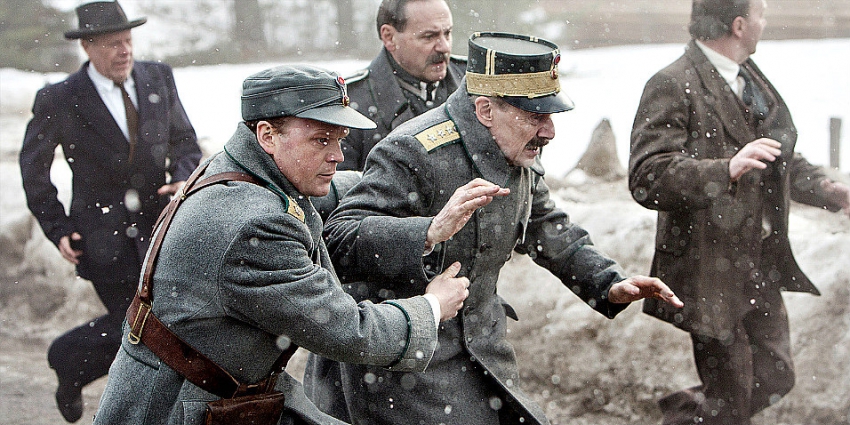 Jesper Christiansen, who you’ve seen in a couple of James Bond movies, plays King Haakon VII. He’s dignified and talks of honor and duty. His son presses him to resist while the prime minister and parliamentarians want to negotiate. It’s the only way says the German envoy (Karl Markovics), though he clearly doesn’t trust Hitler who he talks to on the phone at one point. There’s already a puppet prime minister, Quisling, a name we all know. We don’t see him but his presence is felt as through all the arguments.  A German commander spouts threats and planes fly over, so what is the king to do? The film expertly builds suspense leading to the impossible decision he has to make. This is a finely crafted, old-style movie about patriotism. It was a big award winner at home in Norway. (Thurs) 3 ½ out of 4

BECOMING WHO I WAS: Films about Buddhism are always popular at film festivals and this one has an endearing young character and a great deal of history to add. It’s also international, a documentary about a boy and his mentor uncle who live in India but aspire to return to Tibet, made by filmmakers from South Korea. They spent seven years and shot over 400 hours of film to catch these scenes of the boy growing up and then setting out to fulfill his destiny. 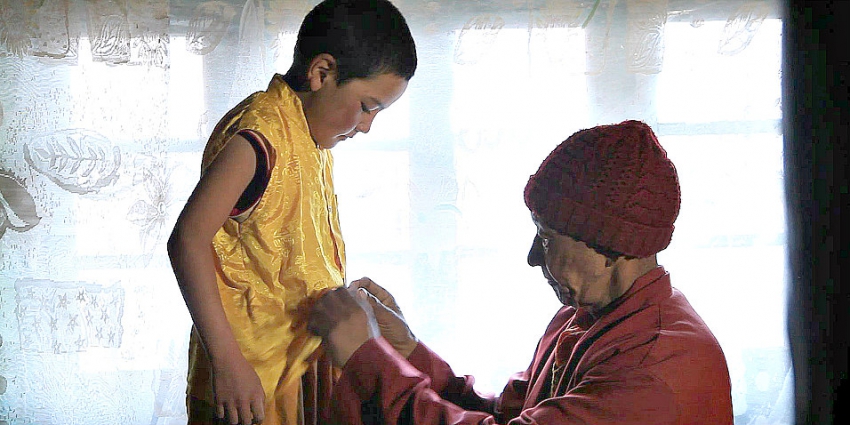 He’s a “rinpoche,” the re-incarnation of a spiritual leader. He has memories of a village called Kham and a growing urge to go back there. Meanwhile we watch him grow. Playing badminton, he’s a normal boy and then at times a petulant one, fed up with ceremonies and the monastery he used to attend. Being a rinpoche gives him rights, including acting like a master over his uncle. “Stop nagging me,” he says at one point. The old man is never less than caring. The last part of the film shows them on an arduous trek through the mountains towards Tibet. And the Chinese-controlled border. This is a charming and ultimately very emotional film. (Today, Wednesday) 4 out of 5