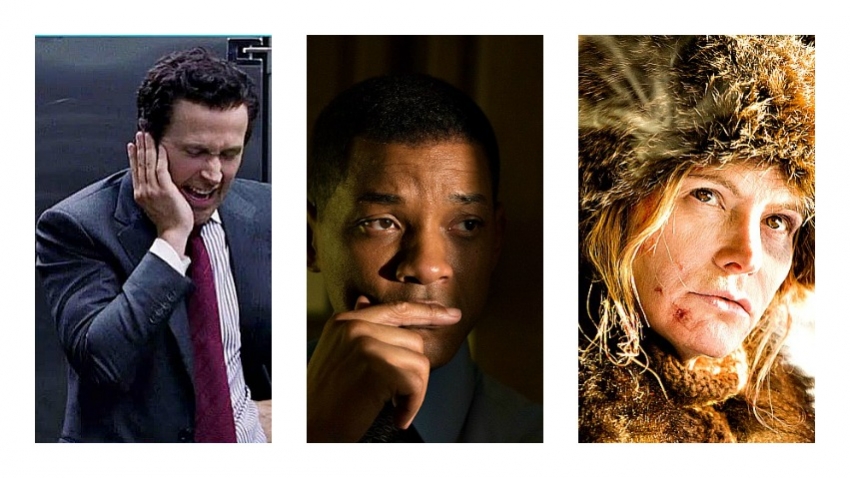 Also a 90s favorite is remade: the new and different Point Break

The good thing about the movies this time of year is the number that are well worth seeing. Studios send their best. Many are after awards consideration. Among the films I review today there are Golden Globe nominees, honorees for other awards and at least one “best of the year” candidate.

THE BIG SHORT: What do you do if you’re known mostly for directing Anchorman and other Will Ferrell comedies and you want to up your game? If you’re Adam McKay you take on a most difficult topic, the financial meltdown of 2008, and create the smartest film of the season and one of the best of the year. You make it both explanatory and highly entertaining by lacing it with the irreverent humor you’re used to. Often that’s with wisecracks and sometimes by stopping everything for a definition. Margot Robbie explains sub-prime mortgages from a bubble bath, chef Anthony Bourdain talks CDOs and who better to define synthetic CDOs than Selena Gomez? Between the laughs, you’ll feel the anger about the greed, stupidity and compliance that resulted in five trillion dollars worth of losses. 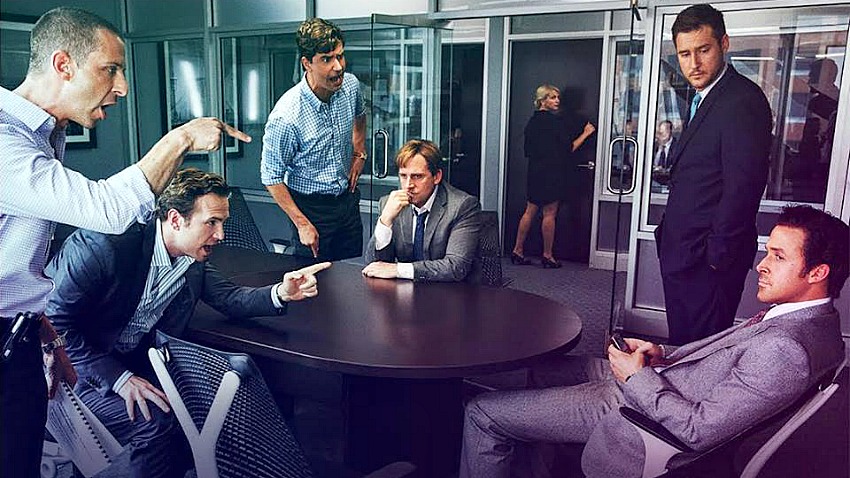 The story, taken from the best-selling book by Michael Lewis, shows us four fund managers who predicted the collapse and made money by betting against it. Christian Bale plays heavy-metal music in his office and reads the market signs. Ryan Gosling takes note over at Deutschebank’s US office and Steve Carell at the private hedge fund he runs. Brad Pitt plays a guy who abandoned Wall Street but agrees to help with his insider knowledge. They’re all based on real people but here they’re given different names. Carell gets sputtery indignant about corruption. His visit to Florida is particularly enlightening when he sees mortgage defaults, a trio of brokers bragging about their sales and a stripper who owns five houses and a condo. The film shows that real estate frenzy accurately but neglects to mention there were others who saw the housing bubble would burst. It’s also thin on the morality of making money off other people’s losses. But it takes a powerful blast at the system that caused those losses. (International Village and suburban theatres) 4 out of 5

JOY: This one examines the lower rungs of American capitalism but also in a zany tone. And with Jennifer Lawrence in the lead, you also get a large sidebar of woman makes it in a man’s world. Though for the longest time that’s depicted as an uphill struggle.

Lawrence plays Joy Mangano, the real-life but fictionalized star of TV shopping channels and inventor of dozens of home convenience items. The focus is on her biggest, the Miracle Mop, so called because “it’s better than any other mop out there.” She gets to go on TV herself to sell it, after pressuring an executive (Bradley Cooper), sells many but still has to fight off bankruptcy and a patent fraud. She also has to regain the creative energy she had as a little girl, which we see in flashbacks, and work around both interference and guidance from her dysfunctional family. That’s includes her ex-husband (Edgar Ramirez) and her father (Robert DeNiro), both living in the basement, her soap-opera addicted mother (Virginia Madsen) an ever-supportive grandmother and a competitive sister.  Also a complaining widow with investment money (Isabella Rossellini). Against all that, Joy has an ordeal to take charge of her life. David O. Russell, directing Lawrence and Cooper for a third time, creates a magical tone that’s perfect for the holidays but also light and not too substantial. It’s an easy acting job for Lawrence.  (Scotiabank and suburban theatres) 3 out of 5

THE HATEFUL EIGHT: In this, his new one, Quentin Tarantino gives his critics all the ammunition they need to skewer him once again and those of us who defend him nothing to offer in return.  This is a very long, bloated talk fest with an unusually big heaping of the perversity he loves. His taste for revenge motivates all sorts of sadistic talk and behavior. That’s common in his movies. This time I can’t figure out what it’s in aid of. What is this movie about? As close as I can figure it might be that anyone can be a racist. That gives Tarantino license to go wild with the “n” word but again for what purpose? 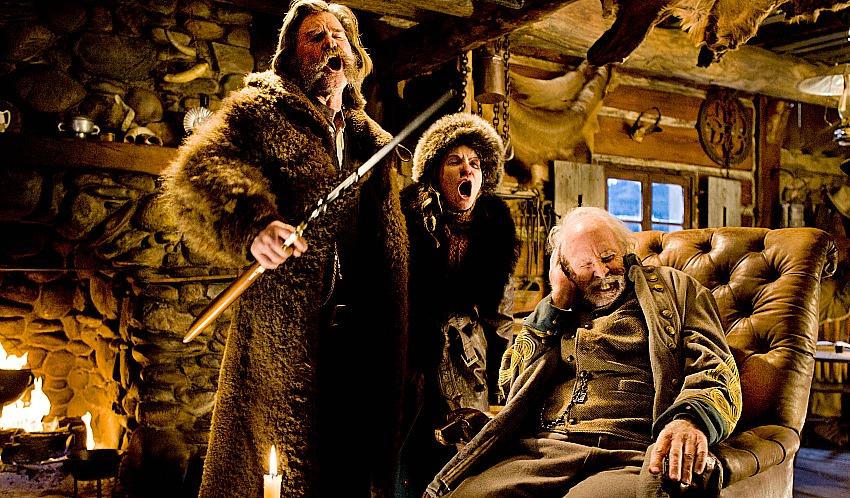