Big and dumb Hobbs & Shaw; smart Amateurs and a director's story and dreams in animation

FREE TRIP TO EGYPT: It’s a holiday trip and a plea for understanding. Maybe a little too much of the former but a good try at the latter. Tarek Mounib, formerly of Halifax and Ottawa, now a successful entrepreneur in Switzerland, was so distressed by the intolerance he saw rising in the US he got an idea to counter it. He offered Americans who feared Muslims a chance to interact with some in Egypt, where he was born, to make this film and spread a message of co-operation. The group he took included an ex-Marine, an evangelical preacher, a black cop, an elderly Jewish couple, a single mom and a former beauty queen who thanked God a lot. 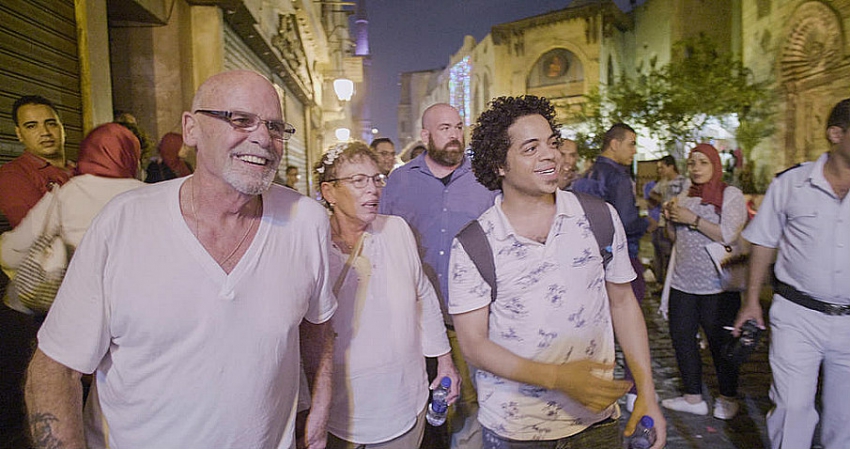 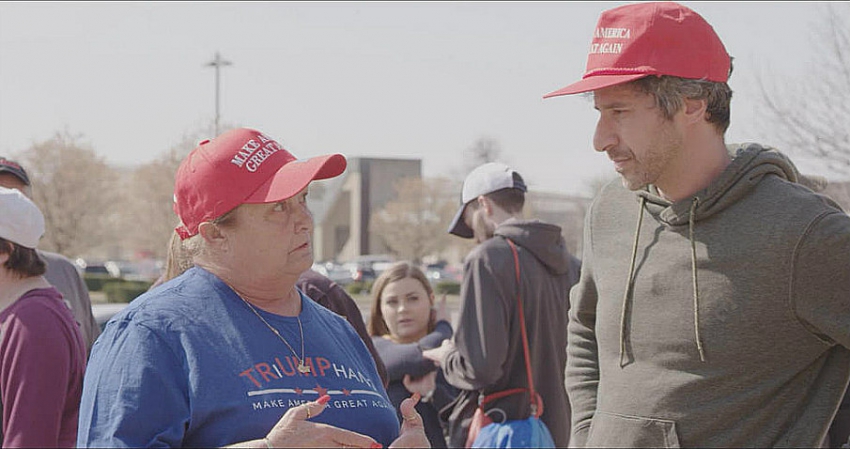 It might have been more significant if some of the people who refused to go, like the woman in the picture, had been there. Those who were seemed to have only mild fears about Muslims. They were friendly, open to listen and visit with the Egyptians they were paired up with. “My mind is turned over,” one says. It didn’t seem that hard. They were like a tour group. The only friction was over something called “zar” (a healing ritual dubbed polytheism by some). Most odd was the Egyptian who was loudly pro-Trump and his tax cuts.  Still, any show of international connection is good and you’ll leave this film with a warm feeling of optimism. (Screens Sunday evening  at the VanCity Theatre followed by a Q&A with Tarek Mounib vis skype. 3 out of 5

BUÑUEL IN THE LABYRINTH OF THE TURTLES: This is a fascinating animated film with a true story about the great Spanish director Luis Buñuel. How true is open to question. It comes from a graphic novel and shows an episode in his life that’s not well-documented. But it is interesting. After a hit film (Un Chien Andalou) and a scandalous anti-clerical one (L’Age d’Or), Buñuel was penniless, had split with his collaborator Salvador Dali and set out to follow his left-wing principles and make a documentary about people in the poorest province in his native Spain. What he showed in 1933, forgotten people, dirty conditions, hunger, inbreeding, got the film banned for years.

Along the way we learn about him and the making of art. He had anxiety dreams (long-legged elephants, for instance), felt inferior to Dali and craved the respect of his father who he thinks demeaned him. We see dad choking him in one dream. When we see him at work he’s driven, perfectly willing to make up scenes to make his points. He hears of a donkey stung to death by bees and stages exactly that. He misrepresents a funeral, films a dying child and resorts to animal cruelty, that in a scene of mountain goats falling off a cliff. We see actual scenes from the film. They’re cut into the animated story which shows but can’t really explain this provocateur. (VanCity) 3 ½ out of 5

FILM NOIR: The Cinematheque’s annual binge of fatalism is now on for the next three weeks.  Last night’s opener, Detour, plays again tonight, Saturday and a week Sunday. Several other classics including The Big Heat, The Killers, This Gun for Hire and Mildred Pierce are coming. So is a rare one, Too Late for Tears. The notes say it’s been long unseen but is back in a crisp new restoration.

You can find the schedule and details on all the films at www.thecinematheque.ca/

I checked out the two by the lone woman director who worked in Film Noir: Ida Lupino.

THE HITCH-HIKER, her first, is a sleek and tense road trip in California and Mexico. Two guys on a fishing trip (Edmond O’Brien and Frank Lovejoy) pick up a guy hitchhiking (William Talman). He pulls out a gun and menaces them from the back seat, revealing bit by bit that he’s a psychopath. 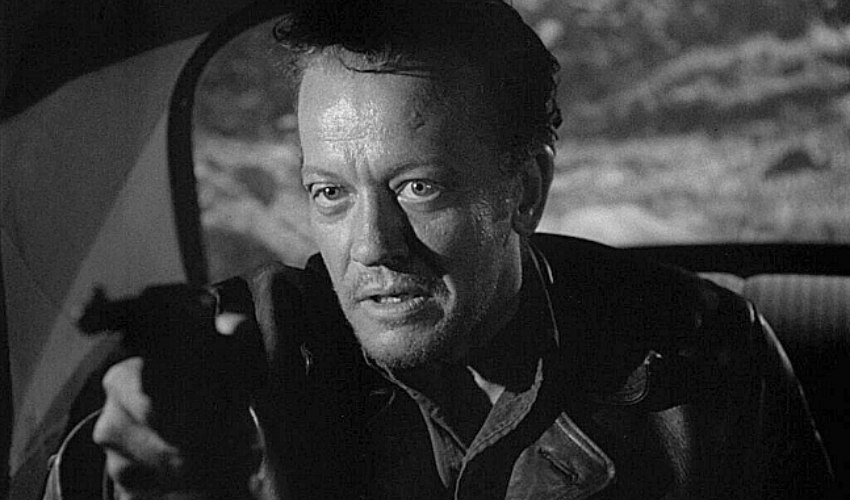 He forces them to drive through the desert and across the border and back, to elude a major manhunt forming on their tail. Lupino has tight control of her material and make this film tough and edgy but ends it too easily. (3 out of 5)

THE BIGAMIST feels more like a woman’s film from the 1930s than a 1953 film noir. Edmond O’Brien,  again,  stars as an errant husband. His wife (Joan Fontaine) can’t have children and wants to adopt. He’s a traveling salesman who meets a willing waitress (played by Lupino), gets her pregnant, marries her and tries to live in two families. The adoption official (Edmund Gwenn) gets suspicious and traps him into telling all the what, and especially the why. It’s melodrama but remarkably sympathetic. Also slyly funny with allusions to Gwenn’s biggest role at the time, Santa Claus on 34th Street. (3 ½ out of 5)

And this timely one, which was not available to preview ...

TIME FOR ILHAN: This one seems even more relevant right now. Ilhan Omar is the Somali-born member of the US Congress (and the so-called "squad") about whom the crowd at a Trump rally chanted "Send her back." Three years ago, before getting to Congress, she was elected to the Minnesota legislature, the first Somali Muslim woman to win such an office in the United States. This film shows a hard-fought campaign and according to a few notices I've read a portrait of a tough and rising political star. (VanCity Theatre Sun evening and Mon afternoon)