Big and dumb Hobbs & Shaw; smart Amateurs and a director's story and dreams in animation 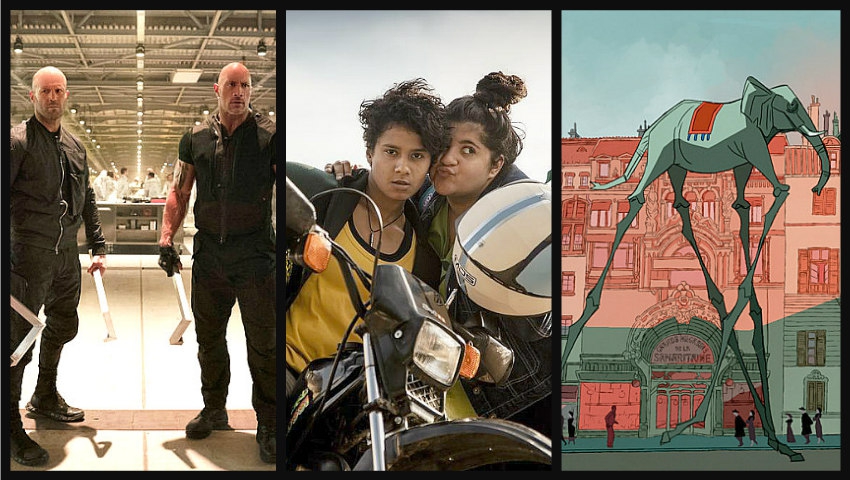 And more: a calming Little Forest, a Free Trip to Egypt to connect with Muslims and two Film Noirs by a woman director

One movie is bigger than all the others this week but look, there’s far more quality down below. Old and new. And regretfully, a potentially very interesting title wasn’t available to screen and review. It shows Ilhan Omar before she got to Washington, into Trump’s tweet storm and into his fan’s chant to “send her back”.

Buñuel in the Labyrinth of Turtles: 3 ½

Time for Ilhan: not previewed

FAST & FURIOUS PRESENTS HOBBS & SHAW: Sure, why not? They (Dwayne Johnson and Jason Statham) were highlights in the two most recent films in the franchise so give them their own to keep pummeling and insulting each other. The result is as ridiculous and fun as you could expect. Over the top in action, dumb in plot and rousing, if you don’t think about it too much. Just go along with the pedal firmly pressed down full by stuntman-turned director David Leitch, who recently did the same here in town with Deadpool 2.

Hobbs and Shaw are called in to save the world from one of the shakiest story ideas in some time. A secret organization has a virus that could wipe out humanity and (somehow) enhance it through “evolutionary change.” Idris Elba plays a guy already enhanced. He sees the world through a computer display, boasts that he’s a “black superman” and helpfully identifies himself as “the bad guy”.

Vanessa Kirby almost steals the film as an agent who steals the virus, swallows it and sets a clock ticking down. Shaw (her brother) and Hobbs have 48-hours to find the machine that can extract it out of her. They get into three wild vehicle chases (in downtown London, at Chernobyl and in a tow truck and helicopter chase on a cliff in Samoa). They crash or throw guys through plate-glass windows, walk down the side of a skyscraper and generally defy all stunt-action logic.  All the while they banter about their relative merits, often their genetalia (“like balls on a bulldog”) and even quote both Nietzsche and Bruce Lee. It’s a madcap comic book on screen but long and more excessive. Helen Mirren is one of three big-name cameos. (5th Avenue, Scotiabank, Marine Gateway and many suburban theatres) 2 ½ out of 5

LITTLE FOREST: Frantic summer movies not your things? State of the world got you on edge? Maybe this film from South Korea can help. It has the power to calm and slow you and like the young woman in it get back down close to the earth. Kim Tae-ri is endearing as Hye-won who leaves Seoul (and her worries over whether she has passed her college exams) and returns to the small town where she was raised. There she settles back into the slow pace of life, the change of seasons and her memories. Mom is prominent in those but only in flashbacks. She’s gone; no explanation given. Hye-won re-connects with her wistfully by following her recipes to make all the dishes she remembers. There are many of these cooking and presentation scenes. 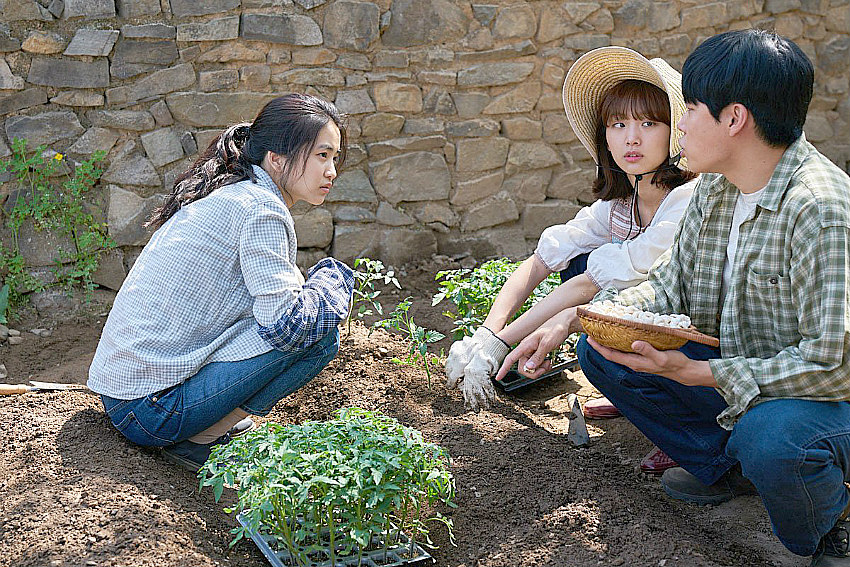 She also re-connects with two old friends who had stayed in town: a young woman who works at a “boring” bank job and a guy who has taken over managing his family’s orchard. There’s a hint of a romance between them which Hye-won’s return interrupts. No resentment or outright jealously though. Just a few gestures and subtle looks and the film maintains a serene ambience all the way. It’s contemplative and pulls you into savoring every detail so that it never feels slow. Just peaceful. It’s actually a re-make of a two-part Japanese film which was based on a manga. Here it’s part of a mini-festival of Korean films but plays not just once, but five times over the week. See https://viff.org for more. (VanCityTheatre) 4 out of 5

AMATEURS: This seemingly straightforward comedy about a small town in Sweden is actually rich with observations about the world as it is these days. It just doesn’t shout them out so you’re not getting an editorial. But you do get thoughts on immigration, refugees, tolerance, globalism, cheap labor in developing countries and international investment. Nothing dull and leaden though. They’re part of a light, breezy and often funny movie.

A small town that’s lost its economic base, the leather and textile industry, to cheap imports gets wind that a German mega-retailer (comically called Superbilly) is looking to expand. A promotional video could show off the town but the first attempts by students at the local high school are too realistic. A professional is brought in and a local teacher, a second-generation Tamil immigrant (Fredrik Dahl, excellent) has to put up with his boasts about his documentary expertise and help him. 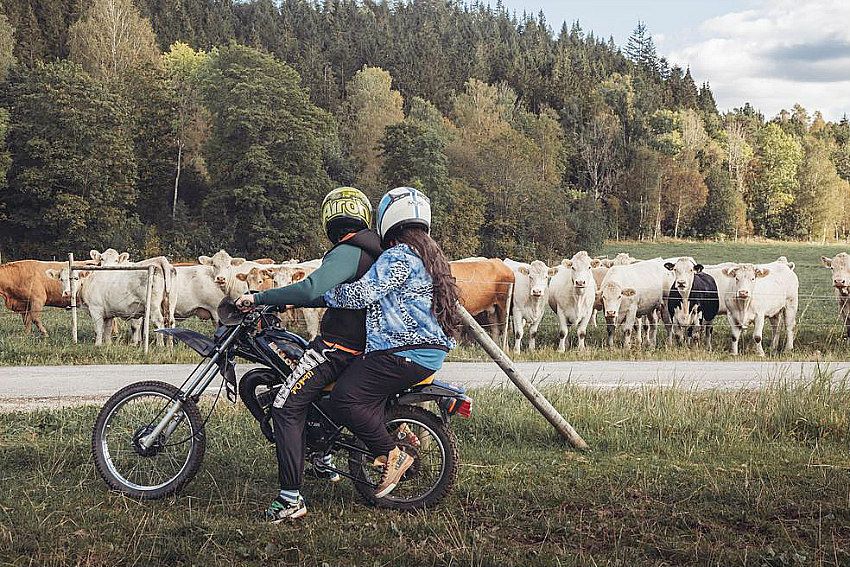 Two girls meanwhile continue making their own film on their smart-phones and manage to capture the real character of the town, the good and the not so much. In one sequence they get people talking about why they’re willing to buy cheap goods even though they know they were made in sweatshops. That’s typical of how director Gabriela Pichler deftly inserts sharp criticism without weighing down what we’re watching. It’s her second film on the subject and evidently deeply-felt. (VanCity Theatre, starting Saturday) 4 ½ out of 5