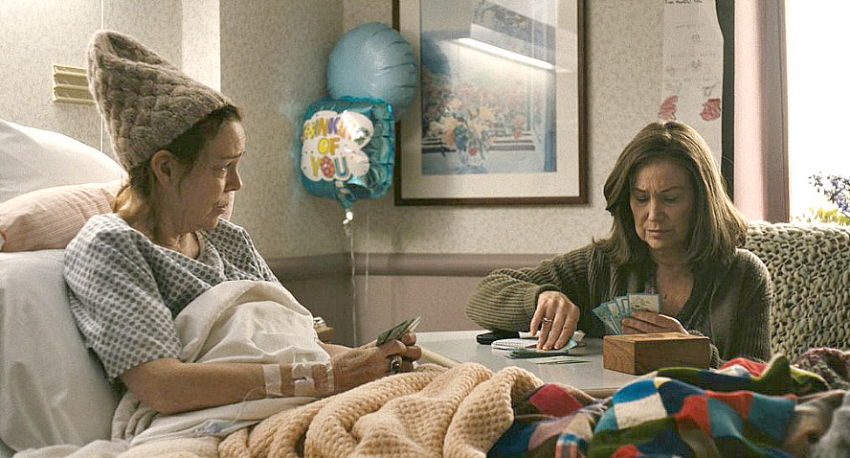 Diane is selfless in helping wherever she can. She visits repeatedly with her best friend who is in hospital with cancer. Then she’s working at a soup kitchen serving food and chatting up the clients. After that  she’ll visit her son whose clothes she’s washed. He’s a junkie who refuses re-hab and shouts obscenities at her. Eventually we learn why and what that has to do with her drive to do good. Her character is superbly written and brought to life. It just takes a long time to reveal it all and a curious switch comes late also. Her son suddenly cleans up, gets religion and starts giving her advice. Feels out of the blue but maybe it really happened. The director, Kent Jones, a film critic who has also made documentaries, drew on memories of an aunt and her friends when he wrote the script. It’s melancolic but authentic. (VanCity Theatre) 3 ½ out of 5

RAFIKI: This film, bright and endearing though it is, seems more important for its legal victories than its drama. Here in North America, it would be easily accepted as yet another teen romance of two girls. In its home country, Kenya, it was banned, until a court ruled it safe to exhibit, within limits. 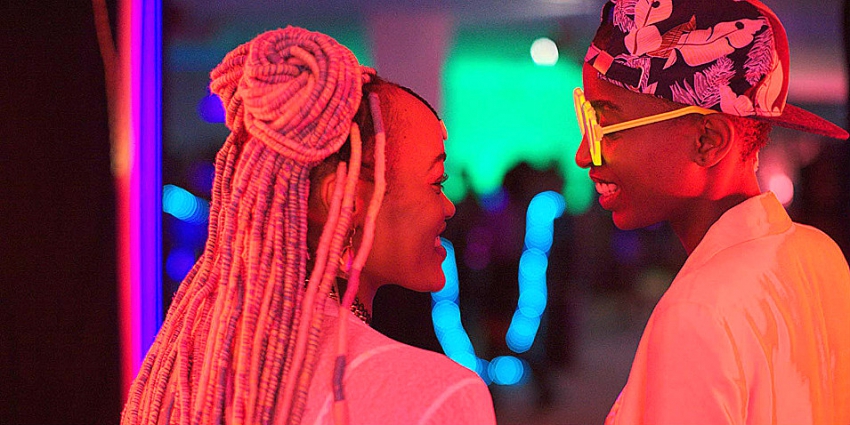 It’s hardly a threat to anybody. Two young women (winningly portrayed by Samantha Mugatsia and Sheila Munyiva) are attracted to each other and advance very gradually from flirty eye contact to kissing surreptitiously. They bring out homophobic slurs from some louts, a caution about “unnatural ways” in a church sermon and friction in one family where mom blames dad. “She is full of demons and it is because of you,” she rails. Dad is living with another woman now and is about to have another child. Hardly a reason for lesbianism but the film targets misconceptions. It also puts the story in sort of a Romeo and Juliet frame. The girls are daughters of competing candidates in a county election. Being together is a form of betrayal. The punishment is emotional. (VanCity Theatre) 3 out of 5

DOXA 2019: It’s not too early to think about the annual and much-valued documentary festival. It doesn’t start until Thursday but with 82 films showing some pre-planning and selecting is almost imperative.

You can find the line-up here www.doxafestival.ca or in the program booklet available at J J Bean coffee shops and other locations.

I’ve seen a few of the films already and haven’t found a dud yet. Next week I’ll highlight We Will Stand Up, Propaganda: The Art of Selling Lies and the very entertaining Who Let the Dogs Out.

Meanwhile, here are some strong recommendations from the first few days.

BECAUSE WE ARE GIRLS: This is a solid examination of the situation many women in BC’s Indo-Canadian community find themselves in … until it amps up and turns absolutely stunning. I’m amazed the family allowed Vancouver filmmaker Baljit Sangra to film these revealing moments.

Three girls in Williams Lake were sexually abused by a member of the extended family living in their house. They told their parents but got no support and years later complained again, this time to get the fellow charged. He was convicted and the case is still in court proceedings. The film listens to the girls, chiefly Kira, who claims she’s always been the rambunctious one, i.e. outspoken.