They talk about what happened, their efforts to be heard and in an extremely intense scene they confront their parents about why they didn’t do anything about it. The situation as the film outlines it is this: “in our culture we always blame the girls.” All three end up crying in that showdown.  It is highly emotional. “I was drowning,” one blurts out. (Screens three times: Fri  and Tues evening, and Sunday May 12 afternoon.)

PUSH: We talk so much about the housing crisis around here that this overview is more than welcome. It tells us that the affordability problem is everywhere.  Toronto, Valparaiso, Barcelona, New York, London  are just some of the cities it visits. People can’t afford to live in them; rents are sky high, reconvictions happen and houses are bought and sold for quick profits. Houses are now a commodity traded by large financial firms. The film doesn’t single out any ethnic group but keys on companies, hedge funds and investors like the Blackstone Group (which incidentally has been buying up commercial property around here including the Bentall Centre).

Companies like that have grown in the wake of the 2008 financial crisis. Makes you appreciate BC’s new demand that the real owners of real estate must be openly listed. There’s also a short, nifty explanation of how money laundering works to drive up housing prices. That’s relevant even now as prices slide. Nobel prize winner Joseph Stiglitz is one of the speakers, Milton Friedman is cited like a villain and Leilani Farha gives the film’s central message. She’s Ottawa based, works as a special rapporteur for the United Nations and says repeatedly as the film follows her to meetings and conferences that housing must be treated as a human right.  (Screens Sat noon and next Fri evening)

GORDON LIGHTFOOT: IF YOU COULD READ MY MIND: He’s one of our greatest songwriters and a beloved performer but he’s not known for revealing much about himself when he talks. He lets out more than usual in this film probably because he knows and trusts the directors. Joan Tosoni and Martha Kehoe have a long background in music and TV documentaries here in Canada and have worked with him before. This bio is thorough, respectful and surprisingly frank and candid. That’s when Lightfoot admits his regrets about how he treated people at times. ”I caused emotional trauma,” he says. 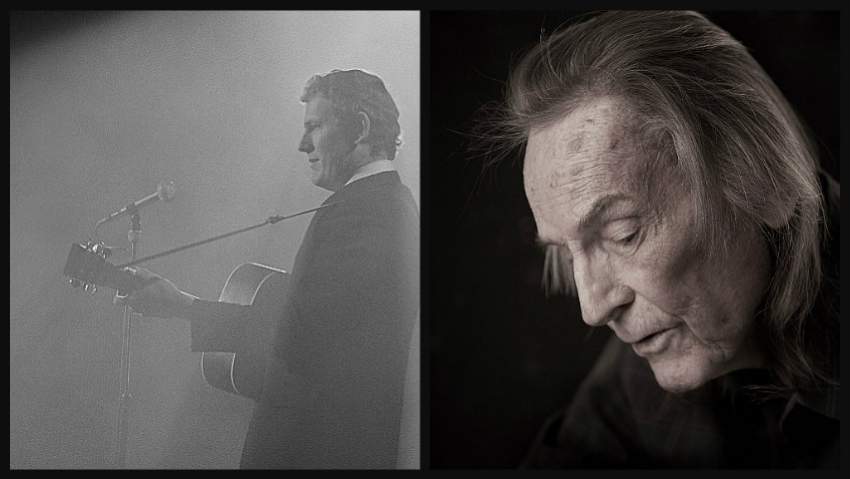 Before that the film is a straight appreciation of his art, with lots of performance clips, excerpts from some 26 songs and laudatory comments from many: Sylvia, Ian, Randy Bachman (“unique sound”), Alec Baldwin (“so clean”), Murray McLaughlin (“craftsman”),  Geddy Lee, Steve Earle, Anne Murray and on and on. It’s a celebration and some of the early clips –the barbershop quartet he was in or him on Country Hoedown—are priceless. Then we hear of a drinking problem he had, drunken rages, leaving his wife and kids and how all that found its way into his songs. It’s a well-rounded portrait. (Sat May 4 and Sun May 12)

CITY DREAMERS: Themes from these previous three films show up in this one too. It introduces us to four women architects and shows how they helped shape the city they live in. Here in Vancouver, Cornelia Hahn Oberlander designed the landscaping at Van Dusen Gardens, the grounds around the Museum Of Anthopology and the park aspect of Robson Square. (It’s fun to see her tour the place and tell a groundskeeper what he’s doing wrong). Phyllis Lambert and Blanche Lemco van Ginkel have shaped Montreal, fighting off an expressway and advocating for preserving heritage buildings. Denise Scott Brown saved buildings in Philadelphia, did urban planning for small towns and worked on big projects with her husband, Robert Venturi. He won the awards. “Women have been taught to make nice,” she says. All four come across as nice in this film but state strong opinions on cities (they should make all people, not just the wealthy, feel proud of themselves), heritage preservation (it’s monstrous to tear good old buildings down) and architecture (it’s a business and no longer an art and a science). Good to hear from these, as one puts it, “realistic dreamers.”  (Screens Sun May 5 and Sat May 11)