She, herself playing middle-class Áila, takes the woman named Rosie (played sad-eyed and almost speechless by an authentic discovery, Violet Nelson) to her apartment to warm her up and comfort her. They talk and they bond and she almost gets her into a safe house for victims of domestic violence. Rosie is almost uncommunicative except for a brief period when some spirit and attitude punctures through. It’s a rare depiction of that type of woman and her difficult life and the film is poignant and truthful. It won best Canadian film in both Toronto and Vancouver and also, at our festival, best emerging filmmaker for Tailfeathers. (VanCity Theatre) 4 out of 5

HARRIET: Surprisingly this is the first movie about the legendary anti-slavery activist Harriet Tubman who might one day be pictured on the U.S. $20 bill. (That move is currently stalled in the White House). She has been portrayed on television, in stage plays, novels and songs so a full-length feature seems only fitting. This one tells her courageous story alright but more as a history lesson not as drama that gets us close to the real person. It plays like a pageant put on for an anniversary or to instruct about one hero’s story. The information is good but the presentation is overly reverential like an old-style biopic. 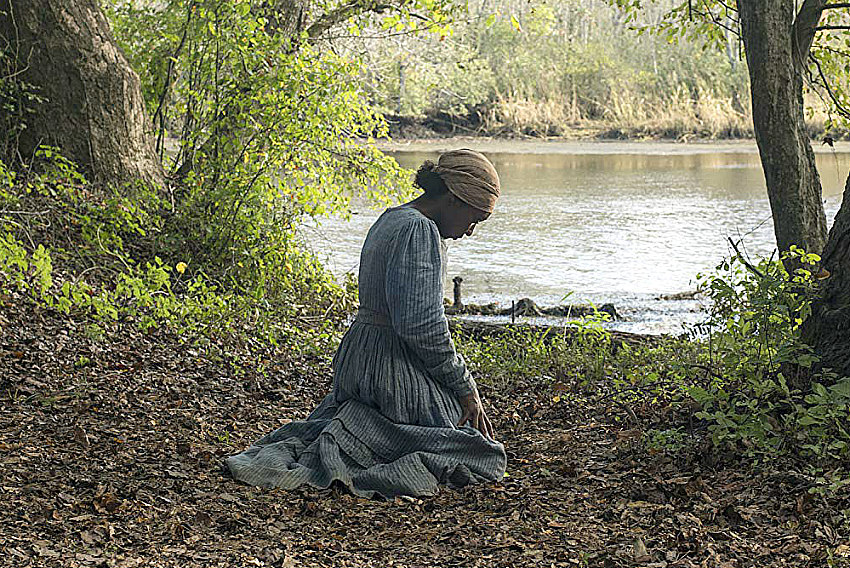 Cynthia  Erivo, the English actor, plays her with great conviction. She was a slave in Maryland who was supposed to be freed, had to escape on her own, was taken in by an abolitionist group in Pennsylvania and made several trips back south to free others.  That was dangerous work partly because of the new Fugitive Slave Act and the vicious slave trackers searching for runaways. Joe Alwyn plays one with cruel fervor while up north Janelle Monáe and Leslie Odom Jr. were kind and encouraging in the anti-slavery movement. They made Tubman a key “conductor” on the Underground Railroad. We get the facts about that one part of her diverse life, but not much personal connection. There’s not even much tension in this film by Kasi Lemmons, who’s worked mostly in TV since her celebrated film Eve’s Bayou (1997). (International Village and suburban theatres) 3 out of 5

THE KING: Power, the getting of it and its use, is the theme of this drama based on English history. Shakespeare covered the same territory in his Henry plays and here, without the artful language and less insight into human nature, we revisit the story of Henry V and his pal Falstaff early in the 15th Century. Timothée Chalamet plays him as a carousing wastrel before he’s reluctantly made king and a strong exponent of his own ideas when he is. He’s too small and thin, though, to convey much personal power and doesn’t feel right for the role.

He objects to his father’s wars in Wales and Scotland and once on the throne refuses to pursue his dream of conquering France. But he brings in Falstaff as an advisor. Joel Edgerton, who co-wrote the script with the director David Michôd, plays him and advocates war. A gift from the Dauphin of France was seen as an insult, the Dauphin himself (played with scene-stealing narcissism by Robert Pattinson) is smugly self-impressed and there’s word of an assassination plot. Henry switches just like that into a warmaker.  The battle at Agincourt is staged in large scale and then rough fury in the mud. Like in the plays that came before, the attitude to war isn’t sure, although a late comment “Peace is forged in victory” may have it. Between the battles, the film is rather plodding. (VanCity) 2 ½ out of 5

MOTHERLESS BROOKLYN: Scheduling conflicts kept me from seeing Edward Norton’s attempt at directing himself in this Chinatown clone (alledged). He’s a private eye in New York in the 1950s, afflicted with Tourette’s Syndrome and a protégé of a top man in the profession (Bruce Willis) who, when he’s killed, leaves him incriminating evidence about a shady property developer (Alec Baldwin) running for public office. Like anybody we know?