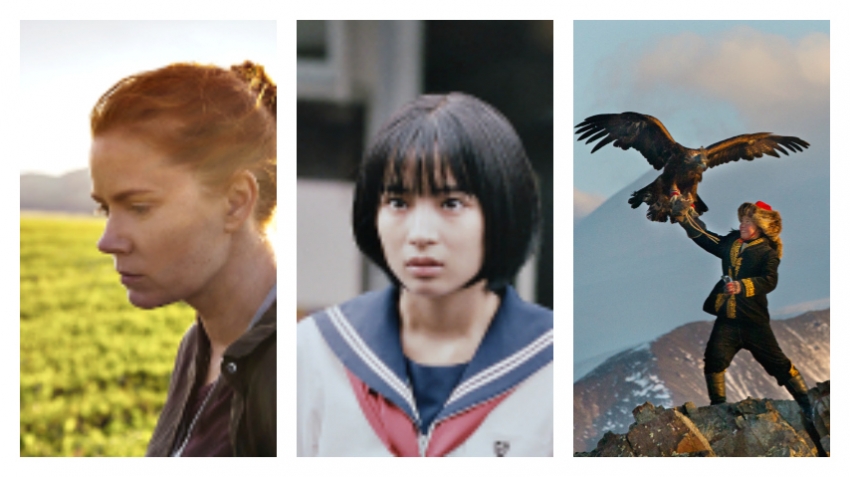 Not many new arrivals this week—Doctor Strange still has the floor—but notice that four of them are about the struggles or accomplishments of women.  Another takes us into the flood of refugees in Europe.

Shut In: not available for review

ARRIVAL: Imagine that. And celebrate it. Here’s a science fiction film about the importance of communication and other heady ideas and not space and machine battles. You get to consider questions like is it language or science that’s the cornerstone of civilization. Does language shape your world view and even your brain? How can you really talk to someone when you don’t know how they think? This film is refreshing in the intelligence it conveys. It’s also, admittedly, a bit ponderous at times although a good amount of the usual sci fi fare helps overcome that. 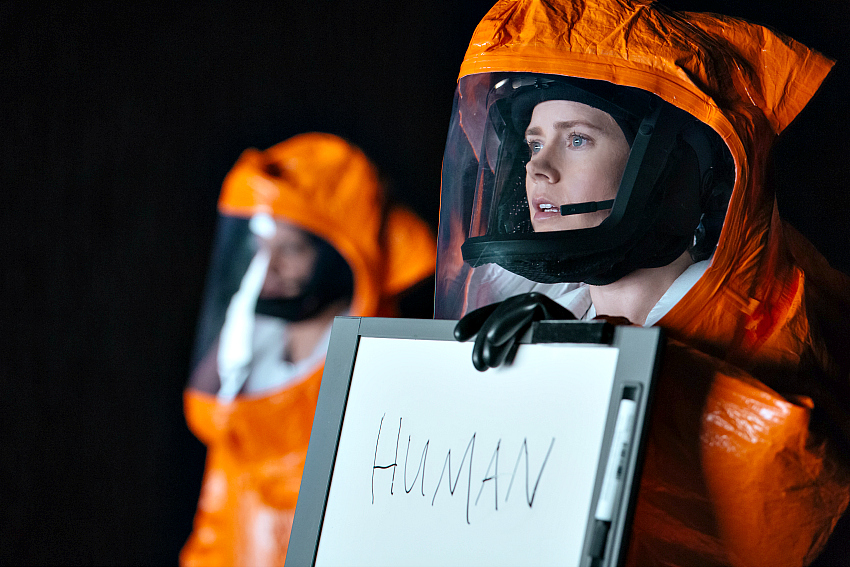 Space ships have arrived and hover close to the ground in 12 spots around the globe. Amy Adams, as a language expert, and Jeremy Renner, as a theoretical physicist, are recruited by the U.S. military (Forest Whitaker) to go inside the one in Montana and find out they want. They find seven-legged creatures who communicate with gestures drawing smoky circles. What are they saying? Do they have the same concept of time that we do? Do they know the difference between a weapon and a tool? Do they even know what a question is? Amy’s character ponders them all while other governments, principally China, are threatening to use bombs not language. She also has memory flashes of a dying daughter as the movie turns more and more into a puzzle. A surprise twist unlocks it.

Amy Adams is entirely believable in the role. Denis Villeneuve, who directed the film in his hometown of Montreal, let it get slack a few times and spooky when needed but mostly kept it thoughtful and engrossing. He’s now working on Blade Runner 2. (Scotiabank, Marine Gateway and suburban theatres) 3 ½ out of 5

THE HANDMAIDEN: Victorian England shifts to 1930s Korea in Chan-wook Park’s adaptation of Sarah Waters’ novel Fingersmith and it works. Her bid to show that lesbianism existed beneath the very proper veneer of the time fits in perfectly with his fondness for stylish sex and weirdness. Think of his film Oldboy, a cult favorite. This one is slower and more subtle, almost as twisted but with a strong female empowerment subtext. 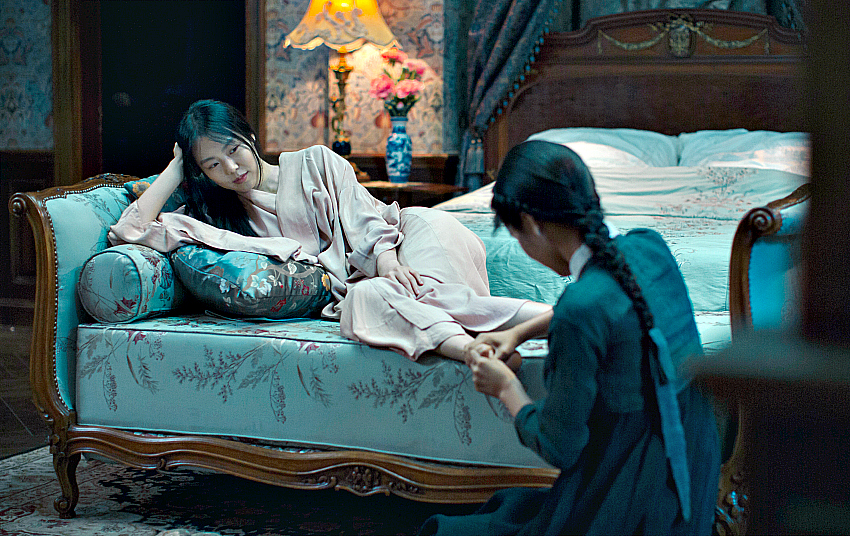 In a rapid-fire part one (of three) a complex story line is set up. A young woman (Kim Tae-ri) arrives at the mansion of a rich man (Cho Jin-woong) apparently to be a concubine. Not so. Actually, she’s to be the handmaiden to his heiress niece (Kim Min-hee) who lives there. Not quite. She’s a petty thief, goes by three names: Sookee, Tamako and Okju and is there as an agent for a criminal (Ha Jung-woo ) who’s pretending to be a Count. She’s to help him seduce and rob the heiress but instead falls in love, and into her bed, herself. The master of the house meanwhile collects pornographic literature and holds readings for his friends. Twists and hot scenes keep coming. The Count becomes an illustrator. The heiress a reader. She needs sexual coaching because she is being pressed to marry her uncle. There’s a perverse fascination to be had watching all this. It’s also a beautiful film. The 2 ½ hours just float by. (International Village) 3 out of 4

OUR LITTLE SISTER: This is an absolutely charming movie from Japan about the bonds between sisters. No arguments or feuds break out. No resentments are revived. Just everyday events from normal lives play out and they’re engrossing to follow. 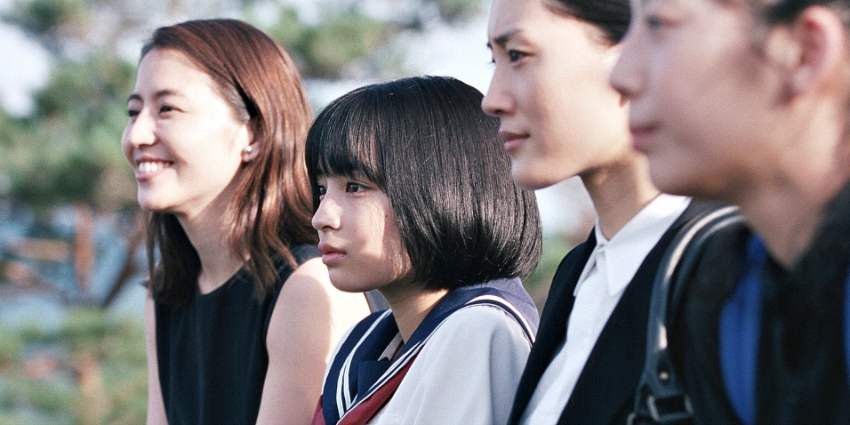