After Earth, Now You See Me, a new documentary with Roméo Dallaire and four other films reviewed 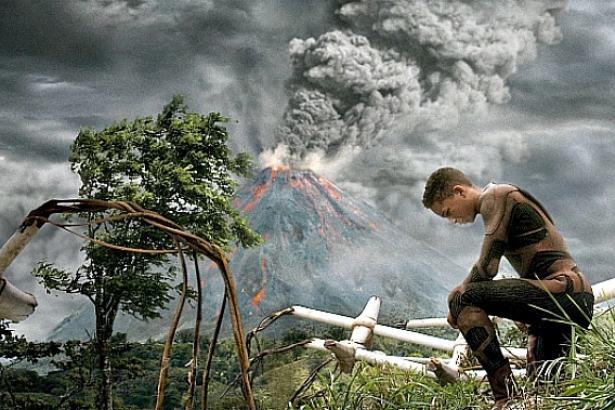 Two Hollywood films lead but please read on further for Roméo Dallaire’s new campaign, an affectionate visit to Little Italy, a strange story from Korea and a gem from Spain about old age.

Now You See Me:

The Resurrection of Tony Gitone:  3

The English Teacher:  not reviewed

AFTER EARTH: What’s with all these end-of-the-world movies? We’ve just had Oblivion and there are more coming soon, including two comedies?  Are we that scared that we’re destroying the planet? Sad though; these movies don’t stir us into doing something about it. They merely entertain. After Earth is a sprawling adventure with an embedded environmental message and also a family affair. Will Smith wrote the story; co-produced it with his wife Jada Pinkett Smith and others and stars in it alongside his son Jaden.

They play father and son space travelers 1,000 years after human beings have moved to another planet because, as a montage of wild weather scenes tells us, they’ve ruined this one. Earth is now off-limits. Will makes the scientifically-suspect assertion that “everything on this planet has evolved to kill humans.” He has to make an emergency-crash landing and send his son on a 100 kilometer trek to retrieve a signal beacon. The space opera turns into a jungle adventure.  The teen is chased by oversize baboons, a giant lizard, and various other animals, birds and insects.  Odd: They’ve evolved; humans haven’t. The boy even complains at one point that his dad, like most fathers in Hollywood films these days, has never been there for him.

The adventure scenes are tense and exciting; the film is family friendly and fun and (except for a slow section in the middle) moves right along under the direction of M. Night Shyamalan. He needs a reputation boost because after his mammoth hit The Sixth Sense, his films have been going downhill. (Scotiabank and many suburban theatres) 2 ½ out of 5

THE RESURRECTION OF TONY GITONE: Jerry Ciccoritti is one of Canada’s busiest directors, mostly in TV, which is why you may not have heard of him. His Trudeau TV movie of 11 years ago may be his best-known work and won multiple awards. Now he’s created a salute to Little Italy, the Toronto neighborhood he grew up in. We get to see a bit of the street life along College Street in a speedy montage and then spend the rest of the film inside a bistro called Il Gatto Nero to party, tell stories and argue with a group of typical neighborhood characters. There’s the owner, his cook (an ex-Mafia goon), a writer, an unsuccessful restaurateur, a radio station owner and a film director who turned down Rambo years before. As a group they come off as real people but we really only get to know three others. 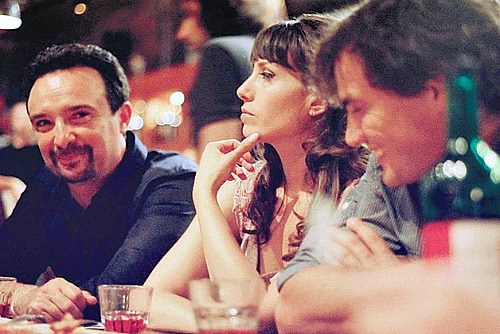 Fab Filippo plays the guest of honor, an actor who’s been down in Los Angeles building a minor career. He’s brought along a feisty girlfriend (Paula Rivera) to add some spice and a sexy dance. And Vancouver- actor John Cassini plays a contractor who suspects one of the guests has got a thing going on with his wife. Disputes will boil over, resentments and regrets will emerge and nostalgia for earlier days will ooze. Good try. It’s pleasant although diffuse, well-acted and almost works because the writer-director knows these people. He just put in too many. The director on Friday and John Cassini on Fri and Sat will be at the 6:50 show for a Q&A. (5th Avenue Theatre) 3  out of 5

FIGHT LIKE SOLDIERS, DIE LIKE CHILDREN: Roméo Dallaire is clearly still traumatized by the genocide he witnessed and couldn’t stop in Rwanda almost 20 years ago.  He was commander of the United Nations mission there. You can feel the lingering pain in everything he says and does in this second documentary on his life and his newest campaign. He’s dedicated to publicizing and helping stop the use of child soldiers by rogue armies. We see him back in Africa visiting his old haunts and then remote villages and one rebel camp, going on army patrols, getting the latest assessments from officials and first-hand stories from e x-child soldiers who have come back. 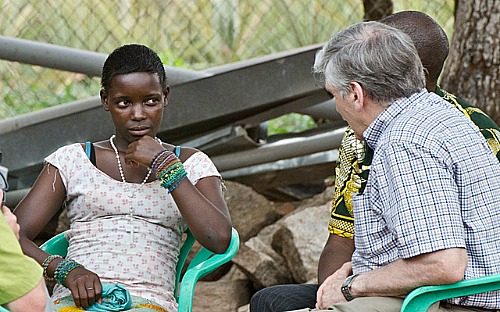