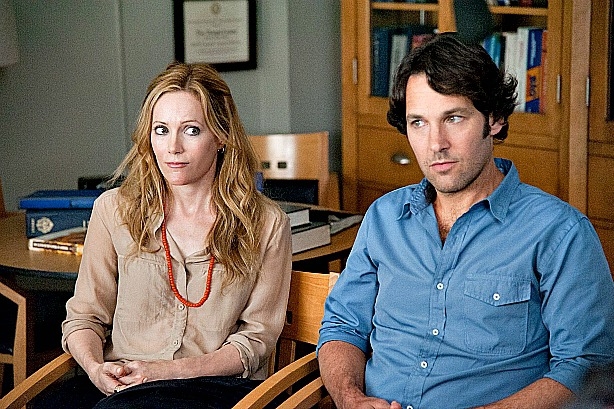 A big comedy from Judd Apatow, Tom Cruise in a crime thriller and Seth Rogen as a son to Barbra Streisand. They lead this week but look beyond them for some higher class movies.

THIS IS 40: And it’s the big movie of the week too, but I can’t help but think it’s working at cross purposes.  The natural audience  are the fans of Judd Apatow’s raunchy comedy style, as in Knocked Up, of which this is a spin-off.  They’re young and not likely to be all that interested in a couple fretting about getting old as they reach their 40th birthday.  It could resonate with older filmgoers but they might  be put off by some surprisingly gross scenes and the language (f-bombs everywhere.  Even at home, at the dinner table.  No family I know talks that way.) It undercuts what little the film has to say about fear of aging.

Paul Rudd and Leslie Mann (Apatow’s wife) play the couple. The film opens with them having sex in the shower and then arguing because he had taken Viagra to, as he puts it, “super size”. She insists they’re too young to need chemical help.  That sets the tone for many quarrels to come as a birthday party approaches and both face financial problems, he at his record company (where he signs Graham Parker and the Rumour 30 years after their best days) and she at her store where she suspects an employee (Megan Fox) of stealing. She also stirs up an hilarious diatribe from a mom (Melissa McCarthy) after she berates her son.

There’s a longer, fouler version of that scene, clearly an improvisation, in the end credits. It’s possibly the funniest bit in the film. There are loads of pop culture references (Glee, Twilight, Lost, “you turned me into Art Garfunkel”), problem fathers (Albert Brooks and John Lithgow) and winning performances by Mann and Apatow’s own daughters as the couple’s children. There are also four Philadelphia Flyers (real guys, although two are now with other teams and one is retired) and a fifth played by Wyatt Russell. Remember when Goldie Hawn and Kurt Russell lived here so their son could play hockey? That’s him. What little strength this film has and most of the fun is in these bits. (International Village and many suburban theatres)  3  out of 5

RUST AND BONE: For a real and nuanced look at a relationship under stress you won’t do better than this film from France. Marion Cotillard plays a woman who was roughed up in a dance hall and then severely injured at a Marineland park by one of the whales she’s been training. She loses both her legs up to the knees. Will she fare better with a rough man she turns to for companionship? He’s a club bouncer, a lumberyard security guard and a bareknuckle fighter who competes in apparently-illegal matches. As played by Matthias Schoenaerts, a star-to-be from Belgium, he’s also got a gentle centre.

The film artfully develops their connection and her painful recovery from despair to embracing life again.  It’s melodrama but of a high order, with excellent acting, humor and, yes, sex.  Also remarkably effective special effects. Cottilard’s amputated legs look absolutely genuine. The director, Jacques Audiard, previously made the harsh prison drama, A Prophet. This new one is based on short stories by Toronto writer Craig Davidson who is also a boxer and has worked at a marinepark. Tough combines with tender and only a bit of sentimentality for a nicely affecting film. (International Village) 4 out of 5