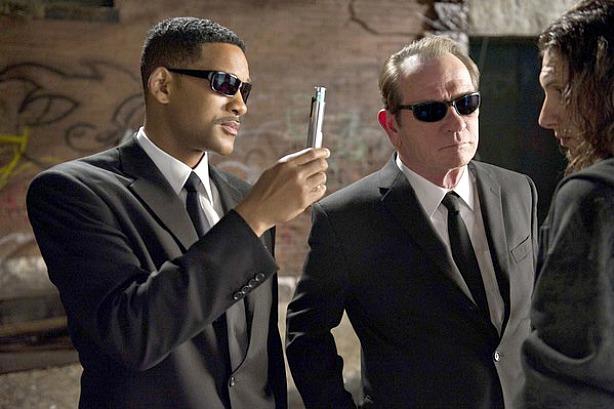 Through the magic of time travel, Will Smith can work with both the old and a young version of his gruff partner in Men in Black 3

A surprisingly good sequel leads the new films this week, along with a Victorian era sex innovation and a creepy and tense horror film.

Here’s the list, a short one for a change

MEN IN BLACK 3: The first one, 15 years ago, was a hoot. The sequel five years later was a bore, partly because Tommy Lee Jones didn’t seem interested. Now Will Smith has convinced him to come back for another session, possibly with the pitch that he doesn’t have to stay very long. 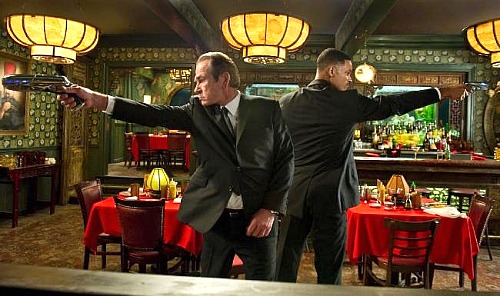 A few scenes to re-activate their work as agents keeping extra-terrestrials under control in New York City, including a shoot-out in a Chinese restaurant that illegally serves alien fish, and Tommy is off the hook. Josh Brolin takes over. He plays a younger version of Tommy’s Agent K as the film travels back in time to 1969. 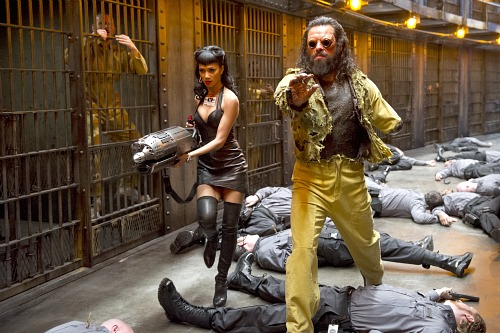 A super criminal, Boris the Animal (or “Just Boris!” as he repeatedly insists), has busted out of prison and is going back there to kill him. Will, as Agent J, goes back too, launching himself off the Chrysler building in a thrilling 3-D “time jump” to save his future partner. The film takes on some of the same giddy fun as Back to the Future, not surprising since both were made by Steven Spielberg’s production company. There are lots of clever contrasts between now and then, a big nod to the just-about-to-become “miracle” Mets, a funny visit to “The Factory” where Bill Hader does a perfect Andy Warhol, and a race to a deadline that climaxes at Cape Canaveral during the Apollo 11 moon launch. Very entertaining, especially Josh Brolin, who subtly and exactly channels Tommy’s every vocal and physical mannerism. (Scotiabank and many suburban theatres, two in IMAX as well as 3-D)  3 ½ out of 5

HYSTERIA: A pleasant-enough comedy marred by too much coyness and snickering about the world’s most popular sex toy. That would be the electric vibrator, invented back in Victorian England when, according to this film, almost half the women in London suffered from hysteria, aka “the plague of our time”. It was a catch-all diagnosis applied to a whole range of sexual anxieties and treated (at least by one doctor, played by Jonathan Pryce) with manipulation by hand to properly align the uterus(discreetly, of course, behind a small screen. These scenes are played for mild and sometimes silly laughs. Dr. Mortimer Granville (Hugh Dancy) joins his practice after losing a hospital job, takes over much of the work and soon has a repetitive strain injury in his right wrist. Luckily he has a friend (Rupert Everett) who tinkers with electrical gadgets. 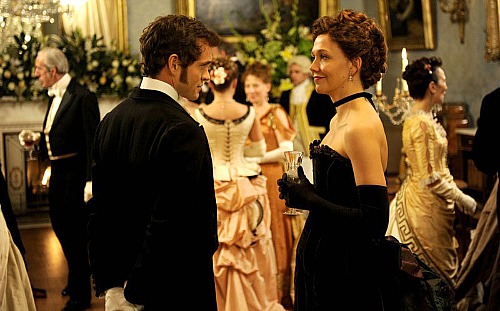 The movie fills out the tale with a love story: which of the doctor’s two daughters will young Mortimer end up with? The delicate, proper and pretty one (Felicity Jones) or the rebellious one (Maggie Gyllenhaal) who runs a struggling centre for “the less fortunate” and espouses “socialism.” Her fiery temperament gets her charged with assault and put on trial. Fold in more issues of women’s rights and modern medicine and you’ve got a busy film presented in fine British “masterpiece” style but a tad too twee for me. (5th Avenue, International Village) 3 out of 5

CHERNOBYL DIARIES: This horror movie is a positive surprise because it’s scary. Oren Peli, the creator of the Paranormal Activity movies, wrote this travel misadventure about six young people (four of them Americans) who take a nasty side trip on a tour of Europe. In Ukraine, they sign on with an operator of  “extreme tourism” and illegally enter the abandoned city of Pripyat. That’s where the workers at the Chernobyl nuclear facility lived until the meltdown disaster.

Georges Méliès at Pacific Cinemathèque: A Trip to the Moon and The Extraordinary Voyage

The Dictator, Battleship, Marley, What to Expect When You’re Expecting, and three other films reviewed