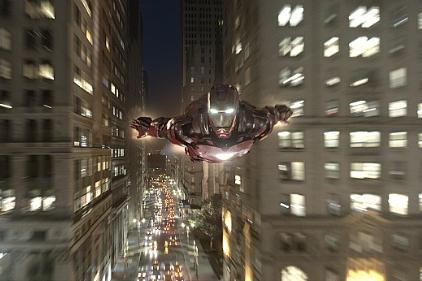 There’s one big and very loud film at the top this week, two small ones and a whole bunch of documentaries at the annual DOXA festival.

THE AVENGERS: This is a very good version of something we’ve seen many times before and will be offered many times again. It’s a straight comic book story with a familiar arc. Villain threatens. Superhero rallies. (In this case six of them, brought together like some rock and roll supergroup). They hurtle forward to a major battle at the climax where a lot of buildings, roads and vehicles are trashed. The Dark Knight  Batman films may have more substance but you’ll relish this one for pure escapist fun. And the droll humor between spectacles of action. 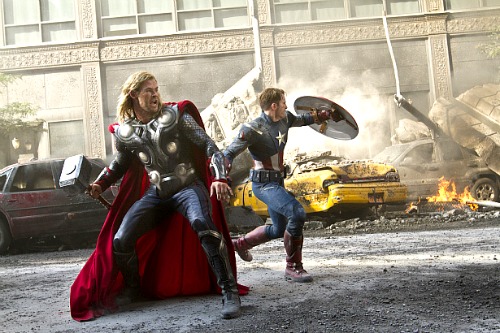 You’ll need to already know a bit about the world of Marvel Comics and its inhabitants. Why, for instance, it’s so funny when The Hulk is told to “Smash.” And how 5 or 6 movies have led up to this summit. Samuel J. Jackson had a cameo in four of them promoting this “Avengers initiative.”  He’s the man who brings the disparate characters together after a powerful energy device (the tesseract, found in last year’s Captain America movie) is stolen. 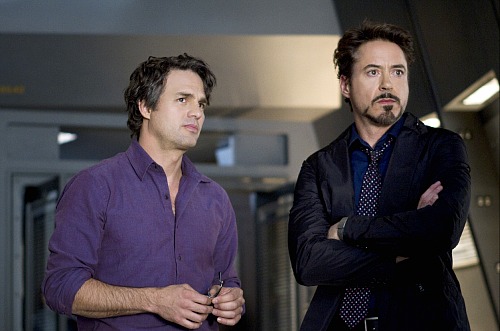 Robert Downey Jr., as Iron Man and the self-proclaimed genius, Tony Stark, gets the cleverest lines, most of them slyly sarcastic, and Mark Ruffalo brings some actual emotional depth to Dr. Bruce Banner, burdened by “the other guy,” i.e. The Hulk, inside him. The others, played by Jeremy Renner, Chris Evans, Chris Hemsworth and even Scarlett Johansson’s Black Widow, are largely uninteresting. That leaves more of a stage for the villain, Loki, furious at a betrayal that denied him the throne in Asgard and railing against freedom, which he calls “life’s great lie.” (Actual ideas pop up only intermittently).Tom Hiddleston plays Loki with broad smiles and glee. Vancouver’s Cobie Smulders (of TV’s How I Met Your Mother and locally, Byng High School) has a smaller but key role as a government agent. The real star, in a way, is Joss Whedon for his crisp writing and (especially in a relentless last half hour of action) directing. (The Park, Dunbar, Scotiabank and everywhere) 3 ½ out of 5

DARLING COMPANION: "Wife loves the dog more than the husband, and then the husband loses the dog." That’s not only the official summary of this disappointing comedy but also the line that made it happen. Lawrence Kasdan wanted to make the film about the time his dog was lost in the Colorado Rockies. His wife Meg didn’t want to, not until she heard that line and realized the potential. It’s domestic drama much like that, no harder, no more profound, that drives it. The result is pleasant but mild. 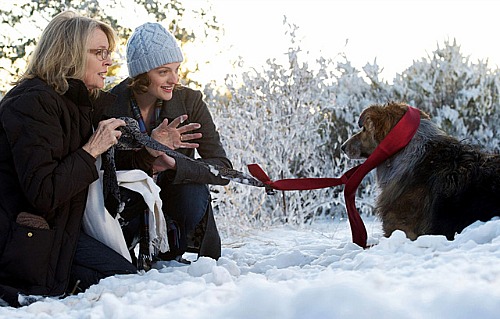 This is Kasdan’s third check-in with the boomer generation, almost 30 years after The Big Chill and almost 20 after Grand Canyon. Kevin Kline, who’s in all three, plays a doctor and distracted husband. Over his objections, his wife (Diane Keaton) and daughter (Elizabeth Moss) take in a stray dog. A year later, after his daughter marries the vet, and with his wife feeling that empty-nest syndrome, he loses the animal. He was talking to the office on his cell phone. That stirs up a nest of marital tensions and involves Diane Wiest, Richard Jenkins and even Sam Shepard (as a sheriff suffering kidney stones) in a wide search. A gypsy sends them on several wrong leads and wolves attack in an animated dream. But the dog isn’t the real focus anyway. It’s boomers feeling the strains of aging which is given only a comfy surface examination here but performed by a terrific cast. (Fifth Avenue Cinemas) 2 ½ out of 5

HEADWINDS (Des Vents Contraires): Alert! Audrey Tautou, the erstwhile Amelie, is not very much in this film from France. She goes missing early on and is seen only sporadically after that. 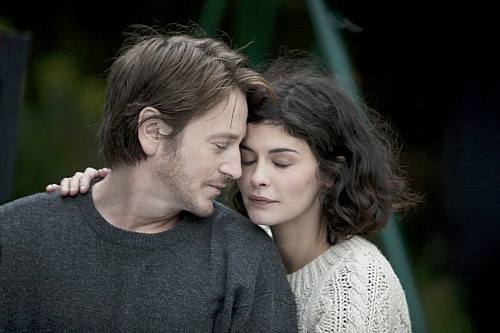