The Lady, The Five-Year Engagement, Safe, Warriors of the Rainbow and four other new films reviewed 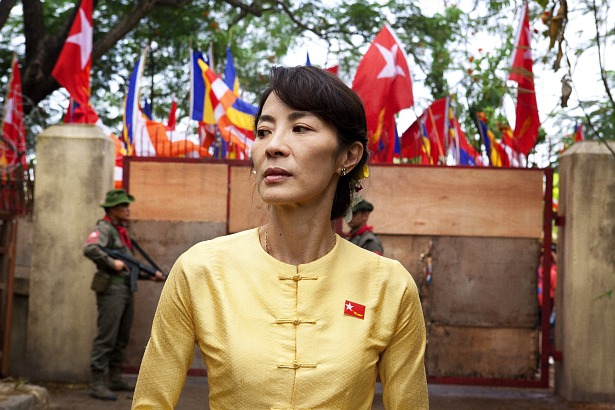 A lot of new films have opened this week, but only a few first-rate ones.

Warriors of the Rainbow:  4

THE LADY: How timely is this?  Less than a month after Aung San Suu Kyi won a seat in Burma’s parliament we get this inclusive biography of the Nobel Prize winner who spent over 15 years under house arrest for backing democracy over military rule. Also, it’s only days since Canada started easing up trade sanctions against her country. 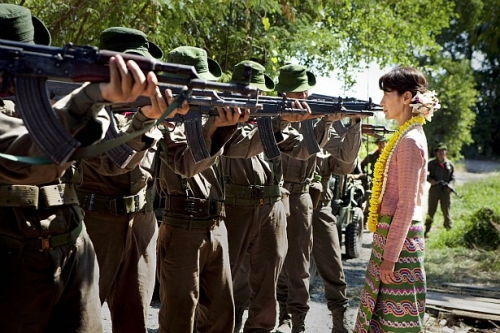 The film works well as an introduction and a basic political backgrounder. She’s carrying on the ideals of her father who died promoting democracy. There are huge crowds at colorful rallies, tense scenes standing up to the army and devious machinations by the generals. Michelle Yeoh not only looks like her but effortlessly gets across the tenacity, even stubbornness, we’ve detected from many news reports over the years. But we can’t connect with a great deal of emotional investment because we get only broad celebratory strokes and very little about her as a person. The film flips back a few times too often to her former home in England to watch her husband (David Thewlis) feed her sons breakfast, start a Nobel campaign and get some bad medical news. For her that sets up a my-family-or-my-country dilemma, which unfortunately doesn’t come across to us very strongly. The director, Luc Besson from France, is known for action and spectacle, not sensitive drama. (5th Avenue, International Village) 3 out of 5

THE FIVE-YEAR ENGAGEMENT: The stars (Jason Segel, Emily Blunt) are likeable, the film is amiable, the same people made the very funny Forgetting Sarah Marshall. So what happened here? Why does this comedy drag on and on and why does it not reward us with more laughs? 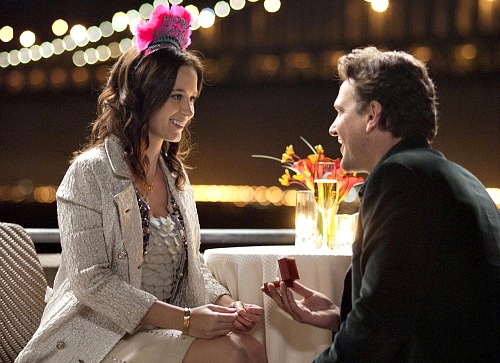 Segel and Blunt play a couple who get engaged in San Francisco (a year after they met at a New Year’s Eve party, she dressed as Princess Diana and he as a bunny). Ah, yes. Stretching to be cute. There’ll be more of that, starting with an engagement party where her sister gets overly teary in a speech and later gets knocked up. S & B’s wedding is naturally delayed. And then postponed again, when she get a post doc at a Michigan University. He goes too, and has to downgrade from his sous chef job to making sandwiches in a Jewish deli. He also takes up hunting and beard growing while she dallies with a professor who gets her promoted to assistant professor. And so it goes. Grandparents die off, funerals are held, but no wedding. For no good reason, by the way, except to prolong the story. There are funny bits here (and also many that are not funny) making the film so episodic that that it feels longer than it is. (The Ridge, International Village and suburban theatres)  2 ½ out of 5

WARRIORS OF THE RAINBOW: This film and last week’s arrival A Simple Life were the big winners this year at the Asian film awards, both in Taiwan and in Hong Kong. And they couldn’t be more different. Life is a gentle film about human connection. Warriors is a giant epic, colorful, packed with battle scenes and action and effectively reawakening a tragic history. Since it deals with aboriginals resisting a takeover, it should stir up interest beyond Asian audiences here in B.C. 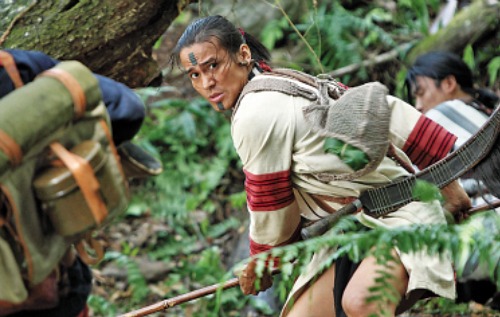