Madonna’s W.E., Reese Witherspoon in This Means War and short films vying for an Oscar 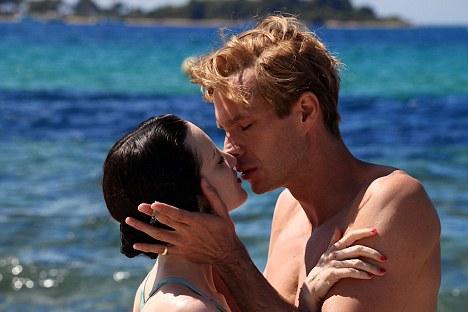 It's busy week what with Madonna, Reese Witherspoon and even Sita examining love problems, Arrietty trying to stay safe as a Borrower and Agnieszka Holland delivering a World War II survival ordeal. Also short films, a remake and a classic.

The Secret World of Arrietty: 4

W.E. There’s a scene well along in this film in which Wallis Simpson, the woman who lured Edward VIII off the British throne, is dancing to a Sex Pistols song. This is 1936 mind you and, unlike the musical anachronisms in A Knight’s Tale and Moulin Rouge, it’s not a joke. Madonna, director and co-writer, has it play to the end to let the lyrics make a point: “We’re petty vacant and we don’t care.”  Pretty facile, I’d say. Later Wallis is seen twisting to Chubby Checker’s big hit but I didn’t detect a point there. Both underline how ridiculous this project really is. A good-looking one, though. 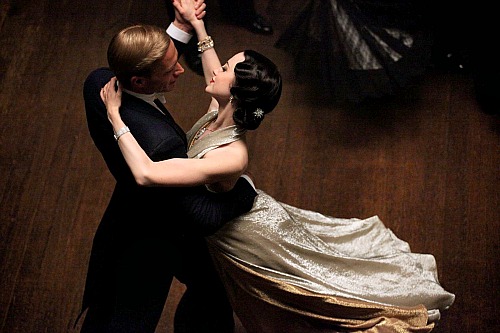 The film brings us two “Wallys”. Andrea Riseborough is convincing as the conniving Wallis, who when she wangles a dance with the then-Prince, whispers “You need somebody to keep you warm.” No shame; just ambition. Sixty years later, in New York, where the couple’s possessions are to be sold off, another Wally is obsessed with their story. Played by Abbie Cornish, a bit whiney and stuck in an unhappy marriage, she hangs out at the auction house previews and meets a security guard who just happens to be a Russian intellectual and pianist. The film intercuts the two women’s stories (which proves distracting) and even has them meet. Wallis, a ghost or fantasy or something, offers life advice along the lines of “do what you have to do”. Madonna, who brought essentially the same message in Filth and Wisdom, the first movie she directed, seems to be the real one taking inspiration from Wallis. She repays by taking her side, softening the scandal (including the Nazi sympathizing) and showing her world as beautiful and glamorous. The costumes are nominated for an Oscar. (Granville Theatre)  2 ½ out of 5

THIS MEANS WAR: Ah, yes. This is one of those tender romances with realistic overtones that Hollywood does so well. Reese Witherspoon is a Los Angeles woman with a great job and a giant apartment but no man in her life. Her best friend (Chelsea Handler) nags at her to get one and have some sex. She manages to attract two (Chris Pine and Tom Hardy) but is unaware that they’re best friends and both CIA agents. Fun, eh? Also, because of a bungled job in Hong Kong, they’re grounded. That gives them lots of time to pursue her, and keep an eye on each other’s dates with her using CIA surveillance equipment, which by the way can look right into the bedroom. (No mention of the many laws they’re breaking, which would be a downer wouldn’t it?) Also no mention for most of the film, that one of the Heinrich brothers is coming from Hong Kong for revenge.  There are quite a few funny lines and Director McG keeps things lively and moving along, as he did for Charlie’s Angels. A lot of Vancouver sights, the library, Granville Street, southlands, are a bit distracting but also show that we’ve advanced from just playing Seattle all the time. Breezy entertainment for the easily impressed. (International Village and suburban theatres) 2 out of 5

THE SECRET WORLD OF ARRIETTY: You won’t find the noise of Shrek, Madadasgar and the other animation hits here. This is much more gentle storytelling from Japan’s Studio Ghibli, which brought us the immensely popular My Neighbor Totoro and the Oscar winner Spirited Away. Again, they’ve made a beautiful film that rewards children with both adventure and imagination and above all respects their emotional needs. Themes of growing up, proving yourself, friendship,  and even living with the natural world are effortlessly brought out in a story based on the first of Mary Norton’s Borrowers books. (With one character, Spiller, brought in from the second.) 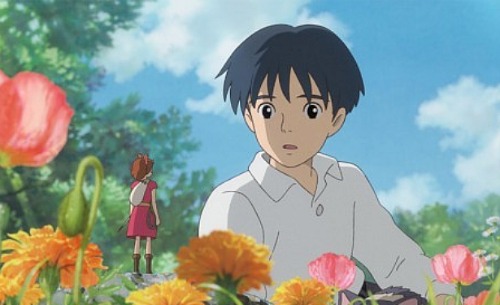 Arrietty (voiced by Bridgit Mendler) and her parents (Will Arnett and Amy Poehler) live below the floorboards of a regular family’s house. They’re so small, the framed pictures on their walls are postage stamps. They survive by “borrowing” small items and bits of food, never taking more than they need. A gathering excursion with her dad is a marvel of details and tension but because of one small mistake, Arrietty is seen by a sickly boy who wants to befriend her. Her father says no. It could force them to move away. A housekeeper (Carol Burnett) is trying to trap her and prove borrowers exist. There are many close calls and near-misses, some with a pesky cat and a scary crow, all rendered in lovely animation and water-color backgrounds and delivered at a  comfortable pace. Studio Ghibli’s master animator Hayao Miyazaki wrote and produced this one but turned the direction over to a protégé. I can’t see a difference. His style survives. (International Village and suburban theatres) 4 out of 5