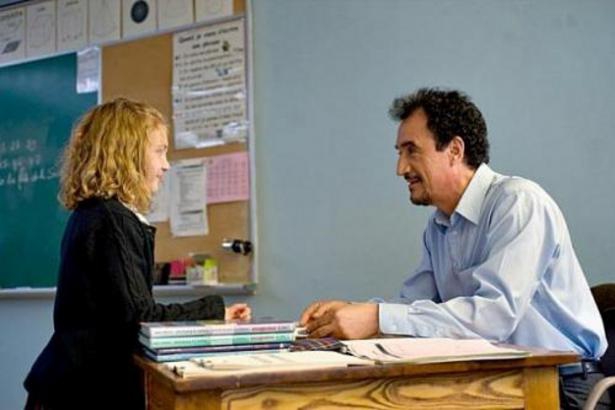 Its a good week for movie fans. Many new titles and many of them very good. It’ll be hard to choose.

MONSIEUR LAZHAR: I can’t think of a thing to criticize about this film. It’s that close to perfect and the fact that it’s Canadian and has an Academy Awards nomination makes it even better. It hits some of the same points as Incendies, our Oscar candidate last year, and from the same producers incidentally; points about the trauma some immigrants bring with them and continue to suffer for a long time. It delivers them in a much less harrowing way though which makes the film deceptively much more easy to take.

The story is set in a Quebec school where a teacher has committed suicide and a man from Algeria, played with quiet dignity by Mohamed Fellag, is the only person willing to take over her class and her classroom. He’s an old school type. He wants the pupils reading Balzac and their desks in straight lines. He’s also got psychological baggage from back home that he prefers not to talk about. 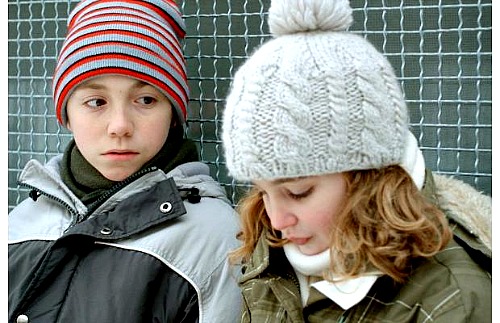 Two children, meanwhile, the only ones who actually saw the first teacher’s body hanging, are also traumatized. Emilien Neron and Sophie Nelisse give remarkable performances, he about the guilt he feels and she making accusations. Director Philippe Falardeau keeps all these elements interacting smoothly alongside the inevitable intrusions by school officials citing policy and gives us a moving, wise and surprisingly upbeat film. (International Village) 4 ½ out of 5

PINA 3-D: Pina Bausch was an innovator in modern dance. This glorious spectacle of a movie is a tribute and an appreciation created after her death by Wim Wenders, a fellow German and a friend. There’s both artistry and love portrayed in every frame as members of her company perform several of her dance pieces and talk about how she cajoled them to push themselves. “You just have to get crazier” one recalls her saying. “Don’t forget you have to scare me,” was another line. 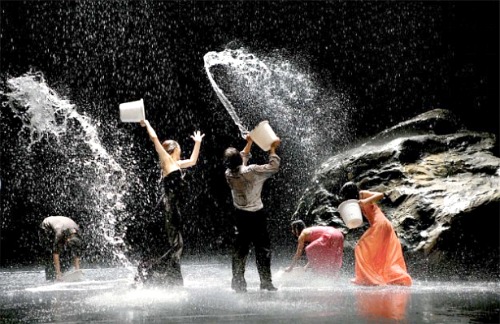 The dancers respond. They’re throwing water and rocks around in one piece. In another, a man struggles to get his malfunctioning legs working. Café Muller depicts a vibrant drama in a chaotic field of chairs. Wenders uses the 3-D camera to bring an exhilarating depth to these scenes and his imagination to take some of these dances outside, on to an escalator, for instance, on the street or on a trolley bus. This is a joyous film that even people with no interest in dance can easily be grabbed by.  (Park Theatre) 4 out of 5

TABLOID: This wildly entertaining documentary by Errol Morris kicks off a week of newspaper films at the VanCity Theatre. And what an odd and totally engrossing piece of work this is as it revives the story of the beauty queen and the “manacled Mormon” that had all England reading and talking back in the late 1970s. Obsession collides with repression and at the height of the tale’s run, on the very same day, two tabloid papers had completely different and exclusive “real” stories. 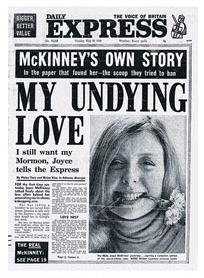 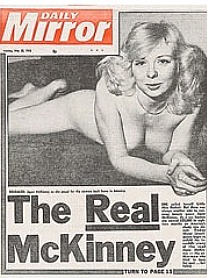