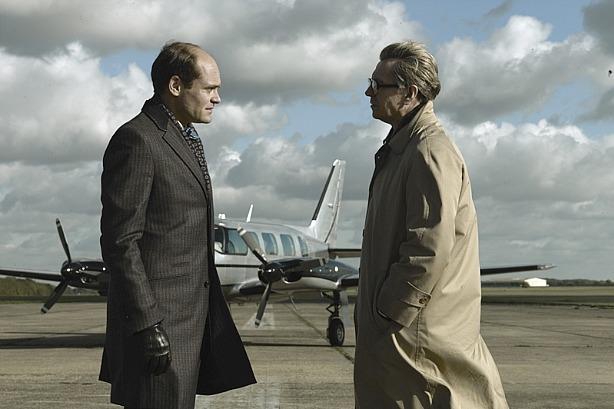 This week and next bring us the biggest of the movies for the holidays. First up, a couple of tales of secret agents, a very retro international adventure, and a scheming woman trying to steal back a man. Also a colorful music and dance film.

Sherlock Holmes: A Game of Shadows  3

TINKER TAILOR SOLDIER SPY: Loved the book. Loved the BBC mini-series. Have a few problems with this new version. So, apparently, do some others. There have been more than a few walkouts from preview screenings. These people were probably expecting a Bourne or a Bond and were unaware that George Smiley lives in a grey world of mostly old men who spend much of their time picking through musty details in intelligence reports. Not much in the way of gunplay and no car chases. A thinking man’s spy story and a very complex one.

It’s early in the 1970s. The cold war is still on and there’s a mole in England’s spy agency, MI6. Smiley (Gary Oldman) is coaxed back from retirement to find him. His suspects include Colin Firth, David Dencik, Toby Jones and Ciarán Hinds. The film does an admirable job of compressing the story, rearranging a few scenes and writing a brand new sequence, a Christmas party, to move some important exposition along. (John LeCarre must have approved. He appears in the scene.) However, director Tomas Alfredson is so caught up with creating a grey, somber mood that the film rarely picks up much speed. It worked in his excellent teen vampire picture, Let the Right One In, but here various story details don’t register and crucial plot points are underplayed. Even the all-important reveal scene comes without punch. On the plus side, there’s fine acting all around, notably Gary Oldman’s superb portrayal of a man who doesn’t say that much but communicates a lot. (Scotiabank) 3 ½ out of 5

SHERLOCK HOLMES: A GAME OF SHADOWS: Guy Ritchie also gives us a classic English literary character but his approach is quite the opposite. He misses no chance to speed up the story, milk it for every chance to insert action and comedy and give us lively banter between Robert Downey Jr. as Holmes and Jude Law as Dr. Watson. That was the best element of the first film, and is expanded in this sequel. So is the action, which is what made the first one so insanely popular. But missing again are the cerebral elements. Holmes does a great deal of observing but not a great deal of deducing. Even that would be OK if the story stayed on track and made more sense.

He joins forces with a gypsy fortune teller played by Noomi Rapace (The Girl With the Dragon Tattoo in the original Swedish film but not making a big impression here.) They want to find her brother who’s become mixed up with anarchists and is unwittingly helping Prof. Moriarty. The arch villain is scheming to start a war between France and Germany so that he can profit at his munitions plant. You’ll find yourself drifting in and out of the story as it takes strange twists and diversions and wanders all over Europe on its way to a peace congress in Switzerland which is being high-jacked to trigger that war. Stephen Fry slyly plays Sherlock’s brother and Jared Harris (TV’s Mad Men and the locally shot Fringe) plays a smooth, intellectual Moriarty. They’re out of step with most of the proceedings though which include several frenetically-staged fights, giant artillery guns blasting away and the ever-flip Holmes in drag and in one scene dancing with Watson. The film is much bigger but slightly less fun than the first. (Dunbar, Scotiabank, Rio on Broadway, Oakridge and many suburban theatres.) 3 out of 5

MISSION IMPOSSIBLE – GHOST PROTOCOL: As an action picture, it’s big, expansive and an enjoyable thrill ride. So how come it doesn’t engage you enough to keep the buzz going more than a minute or two after it ends? Let’s set the scene first. 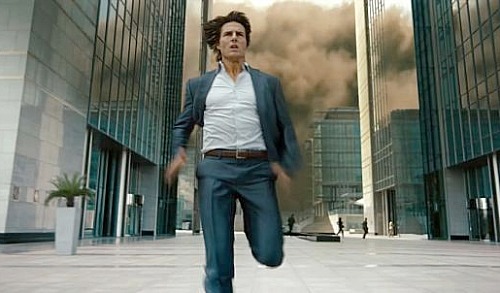