The Three Musketeers, A Better Life, Martha Marcy May Marlene and four other new films opening this week and next 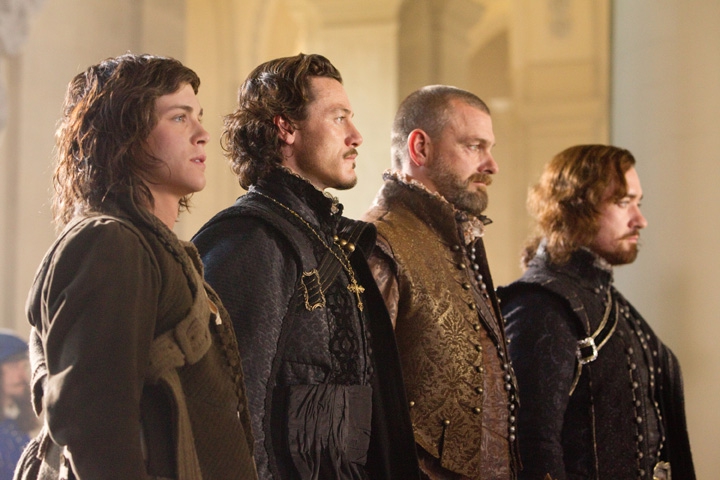 By the time you read this, I’ll be on a three week trip to Europe. I’ll miss some big movies, Anonymous, Puss in Boots, Paranormal Activity 3, The Rum Diary and others, but can write about a few others coming this week and next because I’ve already seen them.

THE THREE MUSKETEERS: Campy, silly, good fun. Be aware though, this latest version of the classic tale takes great liberties. It starts where the novel never went, Venice, with the musketeers on a secret agent mission. I don’t remember that Alexandre Dumas wrote lines like “Funny you should say that.”, “Look what the cat dragged in” or the line heard in just about every movie these days: “What are you doing here?”  Biggest change? Airships, as Da Vinci envisioned them and now battling like pirate ships in the sky. Dumas did not write that. 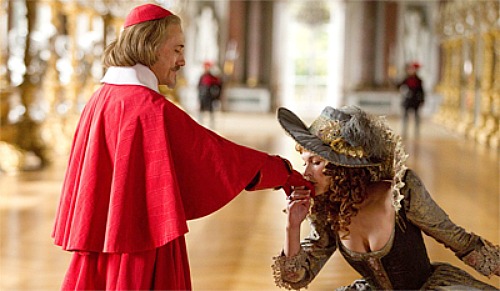 Some of his story is here: country boy comes to Paris to join the musketeers who become entangled in a power play between Cardinal Richelieu, a weakling king, a scheming Milady de Winter and England’s Duke of Buckingham. War could break out if the queen’s necklace isn’t retrieved in time. They were diamond studs in the book, but then Paul W.S. Anderson isn’t a stickler for that kind of accuracy. Or for a political turn, as in the great version Richard Lester brought us back in 1973. This one is only about action, spectacle and beautiful art direction, all in quite good 3D. Logan Lerman is a pretty-faced but unimpressive D’Artagnan and his friends, played by Matthew Macfadyen, Ray Stevenson and Luke Evans, do a competent enough job. The memorable work is by Mads Mikkelsen, Orlando Bloom, Milla Jovovich, Christoph Waltz as the imperious Cardinal and Freddie Fox as a fashion-obsessed King Louis. (3 out of 5)

A BETTER LIFE: Please give a thought to this one even though it’s arrived late and is playing only in a theatre not known as a first-run venue. It’s an exceptional film about the immigrant experience. The location is Los Angeles and the characters are Mexican, but they could be anybody, anywhere. The film is very well observed on the pressures immigrants feel to succeed and the hard work they put in to get there. 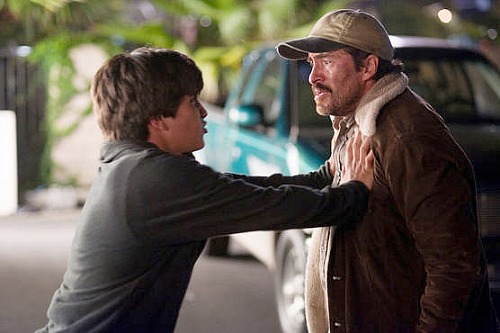 Demián Bichir plays a gardener who works for rich property owners for little pay. He stoically watches yuppies, Chinese and others drive by in their expensive cars but has to hit up a sister for a loan when he wants to buy a small truck. Some story lines are unique to L.A., of course. He has a son who is attracted by the neighborhood street gang. He’s an illegal immigrant and can’t go to the police when he needs them. But much of what he goes through is universal. Chris Weitz, the director, is known for much lighter fare, one of the Twilight films for instance. He’s grasped the dynamics here, partly because his grandmother came from Mexico. But even better,  at several points  where the film could have taken a cliché turn, he surprises us by avoiding that easy way, and the melodrama that would come with it, and staying realistic. The film is charged with emotion and the struggle to overcome setbacks and yet never stoops to sentimentality. (Denman Theatre, starting Oct 21)  4 1/2 out of 5

WIEBO'S WAR: Wiebo Ludwig has been called an eco-terrorist for his battles against oil and gas companies in Alberta and he did spent some 18 months in jail. This documentary doesn’t confirm or deny the label. It doesn’t judge; it does however let us get to know the man and why he’s been fighting. 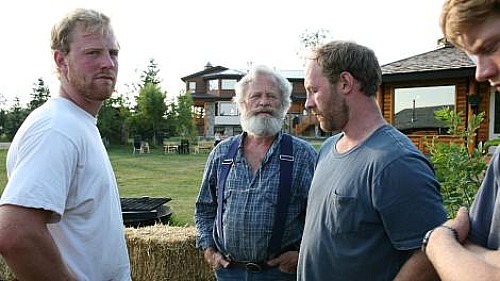