Best new movies to see in Vancouver this weekend 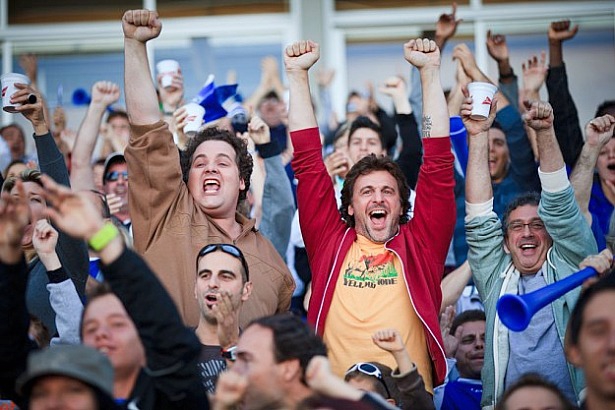 Starbuck is a Canadian film well worth celebrating. It played at VIFF and is now in general release.

Two re-makes get the hype and attention this week but please look further to a very good Canadian film, a thriller with an accurate view of a mental illness and another that exposes a terror in Africa.

STARBUCK:  This is a wonderful Canadian film. How rare is that? Not so rare in Quebec, where it comes from and where it was a huge hit this summer. Ken Scott, who directed it, wrote the equally outstanding The Seduction of Doctor Lewis a few years ago and is about to re-make it in  English. In Starbuck he has a sweet, poignant and funny tale about a man nudged to mature when his past catches up to him.

Patrick Huard stars as a multi-faceted failure. He’s got the easiest job at work, through nepotism, and still messes up. He’s an embarrassment to his family and a deadbeat to the loan-sharks who hound him. His main ambition is to grow more marijuana. But years before he made money by donating at a sperm bank which he now learns resulted in over 500 children, 142 of whom want to get to know him. They’ve filed a class action suit to get his name. He can’t resist peaking at their profile sheets and one by one starts meeting some of them anonymously. As he gets to know them he softens up and sees them as family. Just in time, because his girlfriend (Julie le Breton) is pregnant and not convinced he can be serious. The film also evolves. The straight comedy becomes a moving drama with very little sappiness but a lot of warmth. (5th Avenue) 4 out of 5

FRENCH IMMERSION: This is a movie from Quebec that doesn’t work, although good on it for daring to joke about the French-English divide in this country. Too bad much of the humor is broad and over-excited because there are clever bits in there. Some won’t travel to English-Canada, a misunderstanding gag for instance that has an Anglo consoling a French couple on the death of their daughter Cegep in a bus accident. CEGEPs are community colleges and she had merely taken the bus there. Other gags, like Colm Feore appearing on TV as a Trudeau-like politician, will play differently here and there, although it sits undeveloped on either side.

In this story four Anglos and an American head to a language school in a small Quebec town to learn French. The actors are mostly familiar TV faces, including Vancouver’s Fred Ewanuick as an Albertan, Gavin Crawford as an ambitious politician and Olunike Adeliyi as an airline flight attendant. They all need to be bilingual, although why in Red Deer, one of the gags asks. Robert Charlebois, the legendary singer, plays a wily senator. His big hit Lindberg is sung around a campfire and described as Quebec’s national anthem. There’s also a Punjabi family running a restaurant. That allows for the movie to close out with a Bollywood dance number which is not only out of place but indicates how haphazardly the elements have been tossed together. Kevin Tierney, making his directing debut, produced the equally knockabout comedy Bon Cop, Bad Cop, Canada’s all-time box-office champ. (International Village)  2 out of 5

FOOTLOOSE: The story is much the same – angry teen fights a local by-law to allow the kids to once again dance and cut loose. A car-truck accident three years earlier killed five and resulted in curfews and a ban on both loud music and that perilous “public dancing”. The energy in this remake is just as high and so is the urgency of the democratic statement about “my right to dance when I want, where I want and how I want.”

So, the film is enjoyable enough. It’s just nothing special and doesn’t have a lot to justify a new version. Kenny Wormald is the new Ren McCormack. Who? He’s a dancer familiar to MTV viewers and from a few other movies. He was born the same year the original Footloose came out and is too mild in this new one for the troubled kid the script makes him out to be. Julianne Hough is the scene stealer here, a Jennifer Aniston look-alike who exudes small-town nice girl vibes and then does more bumping and grinding and even a bit of pole dancing than you might expect from a preacher’s daughter. Director Craig Brewer has amped up the sexy scenes. He’s also put in what he calls “Southern grit”  which proves to be some exuberant line dancing in one of the best sequences and a strong alt country flavor in the songs: eight new ones and four re-recorded for the film. Let’s Hear it For the Boy is now heard through a Barbie player as four little girls dance like they’re in a music video. (Scotiabank, Dunbar, Oakridge and many suburban theatres) 3 out of 5