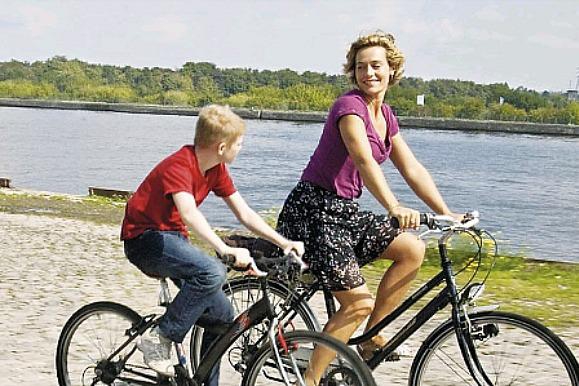 It’s just about now that some VIFF enthusiasts start fretting. Only three days left. What more can I see? Quite a bit actually, including two films the folks at Cannes loved, B.C.-made dramas, documentaries and a slam bang comedy, and a home-made protest film that’s more powerful than most films in the festival.

The Kid With a Bike

This is Not a Film

EVERYTHING AND EVERYONE: Once again Gabrielle Rose steals the show. She manages that feat even though there are several strong performances in this made-in-B.C. ensemble film. She plays a grandmother showing (and hiding) early signs of dementia. She gets more befuddled as the film progresses and later has periods of distress. At every stage she is entirely believable because her acting is subtle.

She’s the hub around which a lot of story revolves. Her grandson (Sean Michael Kyer) is withdrawn because of bullying. Her son (Ryan Robbins) wants to be an actor but doesn’t realize his limitations. Her husband (Gerry Wasserman) dies early in the story, not long after an argument with the son and a secret whispered to him by the grandson. More story lines accumulate. There’s a girlfriend (Chelah Horsdal) ready to walk out and try on-line dating and an irritating know-it-all (well-played by Chad Willett) blurting out caustic comments. There’s gay bashing, some bully pushing and a lot of poignant drama. Too much maybe. The film loses focus, although the acting and Tracy D. Smith’s directing stay solid. (Also screens Thursday)

Plus two films I recommended previously: The Girls in the Band and Dendera

THE ARTIST: The talk of the Cannes Film Festival, where everybody it seems loved it, gets just one screening at VIFF. It’s in black and white and almost all the way silent, but by all accounts a real crowd-pleaser.

This is an homage to the early days of the movies. The French mega-star Jean Dujardin plays a swashbuckling actor who’s career collapses when the talkies come in. He eventually gets help from Hollywood’s newest big-screen sweetheart, played by Bérénice Béjo. The story also brings in three American actors, John Goodman, James Cromwell and Penelope Ann Miller. The result is said to be wildly entertaining, and not just for movie buffs.