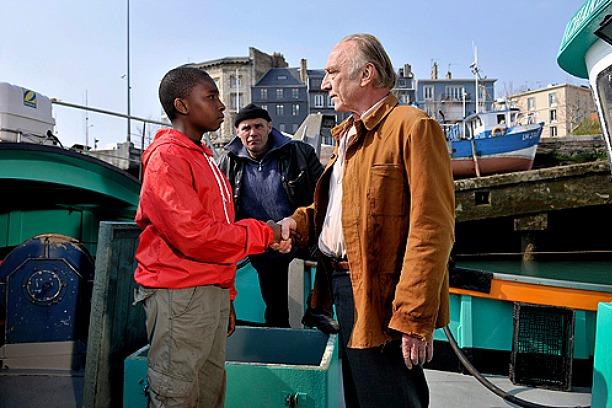 A young boy from Africa is on the run from police in Le Havre, the French port city and this charming film playing at VIFF.

These next two days of the Vancouver International Film Festival, 30th anniversary edition, could take you way down into the dark or buoy you up with a light-as-air fable. There’s a caustic academic comedy, an appreciation of some women jazz pioneers and an up close and personal with basketball superstar Steve Nash.

Here’s the list: (including two I haven’t seen yet)

The Girls in the Band

LE HAVRE: This charming tale has a gentle way with a strong message. And since it’s from the Finnish director Aki Kaurismaki it comes in a very entertaining package with lots of dry humor. The setting is the French port city where an elderly man (André Wilms) scrapes out a living shining shoes and police are watching for illegal immigrants. When they open a cargo container and find it full of migrants from Gabon, one boy escapes. The old man encounters him down at the docks, takes him in and tries to help him get to London to re-unite with his mother.

There are problems though; a sick wife, no money and a Javert-like police inspector (Jean-Pierre Darroussin) snooping around. Neighbors are eager to help out, except the one who repeatedly reports him, and a local rock star (the real Little Bob playing himself) is lured out of a funk to do a benefit concert. Good vibes all around but can they last? The film makes a solid case for caring about other people.

BLACK BREAD: Yes, there are comparisons you can make to Pan’s Labyrinth. A child in fascist Spain learns about evil. The actor who played the army officer in that film is the malevolent mayor here. But look at the differences. There’s no monster and the ghosts are only talk. Even the republican-fascist divide is only a backdrop. What we do have is like a gothic novel set in relatively modern-times, 1944.

Andreu, age 11, is almost perpetually wide-eyed with the knowledge of the world and people that comes at him. There’s sex (he runs away from it), child abuse (not his), class arrogance, political retribution, rumors of a wild man living in a cave, an old mystery with a scandalous revelation and, right off the top, a murder with a spectacularly real-looking sequence driving a horse off a cliff. When his father has to flee a charge trumped up by the mayor, Andreu is sent to live with his grandmother in an old rural house with night-time creaks and shadows and much more plot unfolding. You might have trouble keeping it all making sense but you’ll enjoy the momentum this film develops, the emotions it stirs up and the challenges it throws at the father’s dictum to always fight for your ideals. Spain has just announced this as its Academy Awards candidate. (Also Fri. but both screenings are close to sold out)

IN DARKNESS: It’s hard to recommend this one because you will not have a good time. It’s grim and harrowing and dirty and at 2 ½ hours quite a long slog. But it’s also a true story and the film is so well-made that it’s compelling viewing. 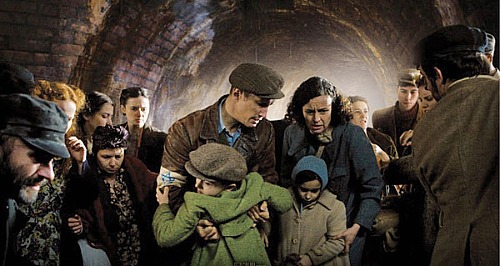