Films worth seeing this weekend at VIFF 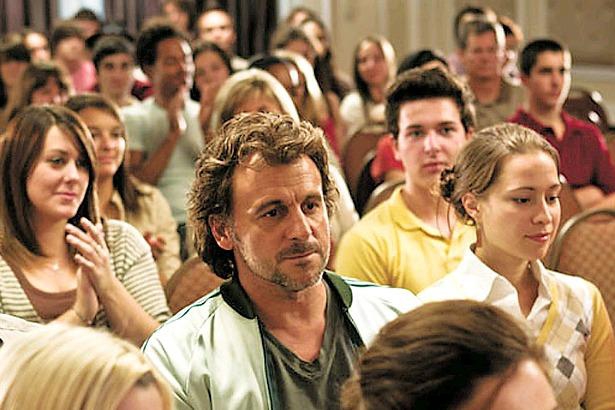 Patrick Huard learns about family, growing up and fatherhood in Starbuck, the hit film from Quebec, screening at VIFF.

This weekend at the Vancouver International Film Festival you can find a great film from Quebec and two pretty good films from Ontario and B.C. And much more. (And today there are links)

I Am A Good Person

Plus films with buzz and previous picks

STARBUCK: What a pleasant surprise. This film from Quebec, where it was a huge hit this summer,  has a title and a story arc that suggests it might be either a raunchy comedy or a maudlin redemption tale. It turns out to be a sweet, often poignant and, yes, funny take on growing up, family and fatherhood.

Patrick Huard stars as one of those never-matured men we’ve seen in countless movies. His chief ambition is to grow more weed. He frequently messes up at work and has loan sharks on his back. Then he’s told that 142 young adults are filing a class action suit to get his name because they want to meet him. Years before, he had made a living donating at a sperm bank and, in effect, had fathered over 500 children, anonymously. One is now a pro soccer player; another an aspiring actor. He meets several in succession and secretly attends a meeting of all of them. Funny scenes give way to moving drama, a transition that Huard portrays well and the film delivers without sappiness. (Screens Fri., Sat. and Sun.)

I AM A GOOD PERSON /I AM A BAD PERSON: After last year’s vacation trip in the charming MODRA, Ingrid Veninger offers another travel tale but this one has some bite, not just good vibes.

She writes, directs and plays what she knows, a director from Toronto taking an avant garde film to festivals to get it some publicity. First stop,  Bradford, England where only 15 people attend her screening, but the Q&A will be familiar to VIFF regulars. Then, she flies to Berlin, while her daughter, played by her real daughter Hallie Switzer, heads to Paris. (I’m going to both cities too in a couple of weeks, but I digress). The film cuts back and forth as the two women see a few sights, Ingrid doggedly promotes her film, and each works out a personal issue that’s revealed only gradually to us. One is quite a zinger. Whimsical, comic and sad episodes drift in and out in a close approximation of the untidy progression of real life and the mother-daughter bond is well-defined through the dialogue. (Also screens Sunday)

WIND AND FOG: This film about children in Iran doesn’t have a grain of cynicism. It offers only humanity in a simple story about a boy who is bullied at school because he can’t speak, is parked along with his sister at his grandfather’s farm while his father works in the city to earn money and finds distraction from an on-going war by helping an injured goose to recover.

Bombs exploding during a trip to the village and refugees walking the road remind us what’s going on outside. We mostly focus on the boy’s story, though, his efforts to rescue the bird (secretly because the hunters who shot it down own it) and his sister’s efforts to protect him. She mounts a frantic search when he wanders off one night into the fog, a sequence that’s scenic and mythic at the same time. Earlier, there was a spectacular scene showing children flying kites among fires flaring at an oilfield. Small film, big issues. (Also Mon. and next Thurs.)